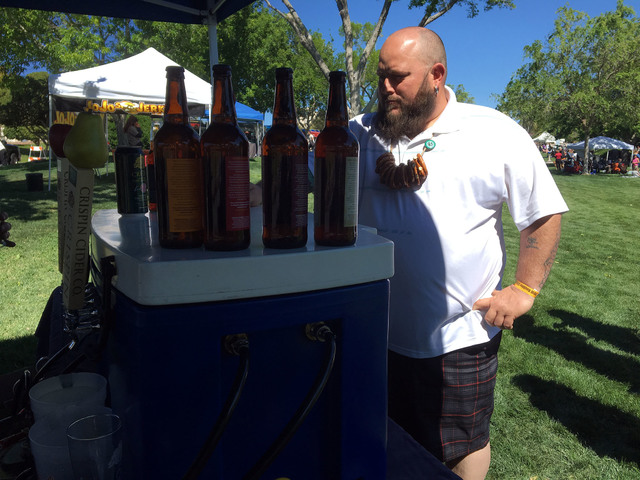 Boulder City residents and visitors will have a chance to support a good cause and enjoy some craft beer at Saturday’s fifth annual Boulder City Beerfest.

The festival takes place from 1-7 p.m. at Wilbur Square Park in downtown Boulder City. All proceeds go to Operation Homefront, a nonprofit organization that supports the families of military personnel who are deployed overseas. Its mission is to build strong, stable and secure military families so they can thrive in the communities they have worked hard to protect.

Operation Homefront has a branch in Las Vegas, so all the money it receives goes to military families in the state, said Todd Cook, event organizer and brew guru at Boulder Dam Brewing Co.

The brewpub is sponsoring the beer fest, which is set to be bigger and better than before, according to Cook.

This year will include three live brewing presentations, with each reflecting a different level of home-brewer skills: beginner, intermediate and advanced.

“We have a great mix of local and national breweries,” Cook added.

In addition, there are four bands, local to Southern Nevada, that will provide live music. Attendees will be able to play brewer’s games and purchase items from specialty vendors including cigars and snacks as well as food from eight food trucks.

The city has been fantastic in helping with the beer festival, Cook said.

The 2017 Boulder Dam Beerfest is open to the public, but in order to try the beers, a ticket is needed.

Advance tickets can be purchased at Boulder Dam Brewing Co. or online at http://bouldercitybeerfestival.com.

Tickets bought the day of the event will cost $15 more.