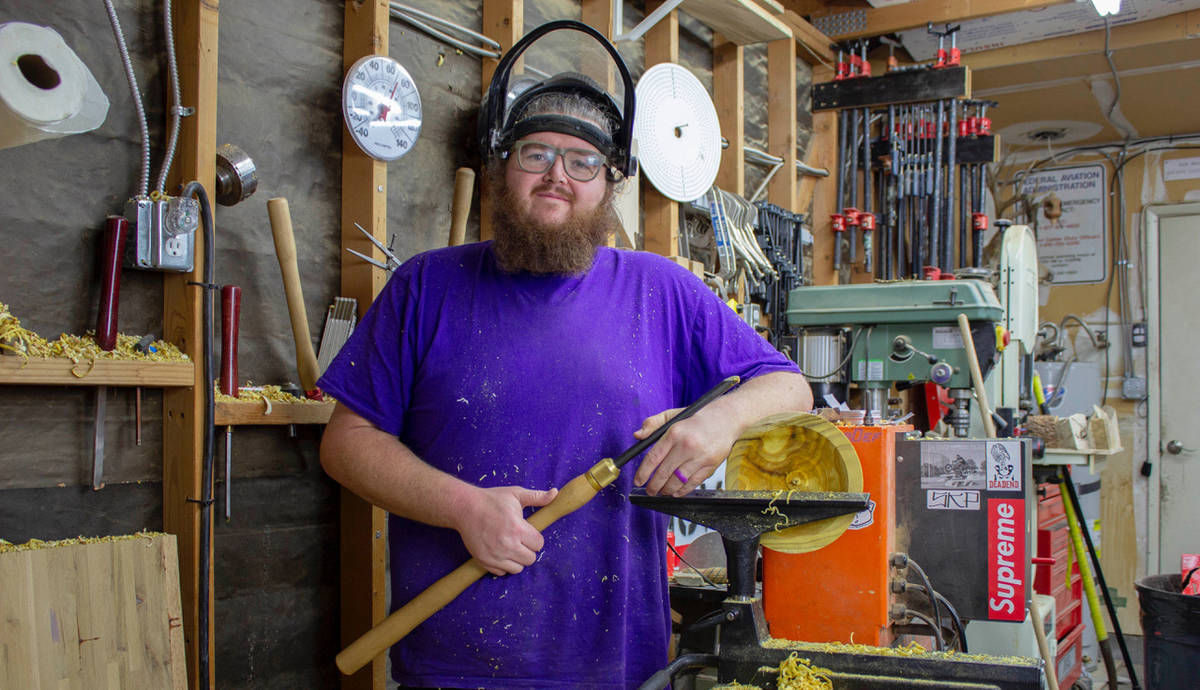 (Braxton Wirthlin) Braxton Wirthlin of Boulder City stands by his lathe, which he uses to transform pieces of reclaimed wood into bowls and other vessels. 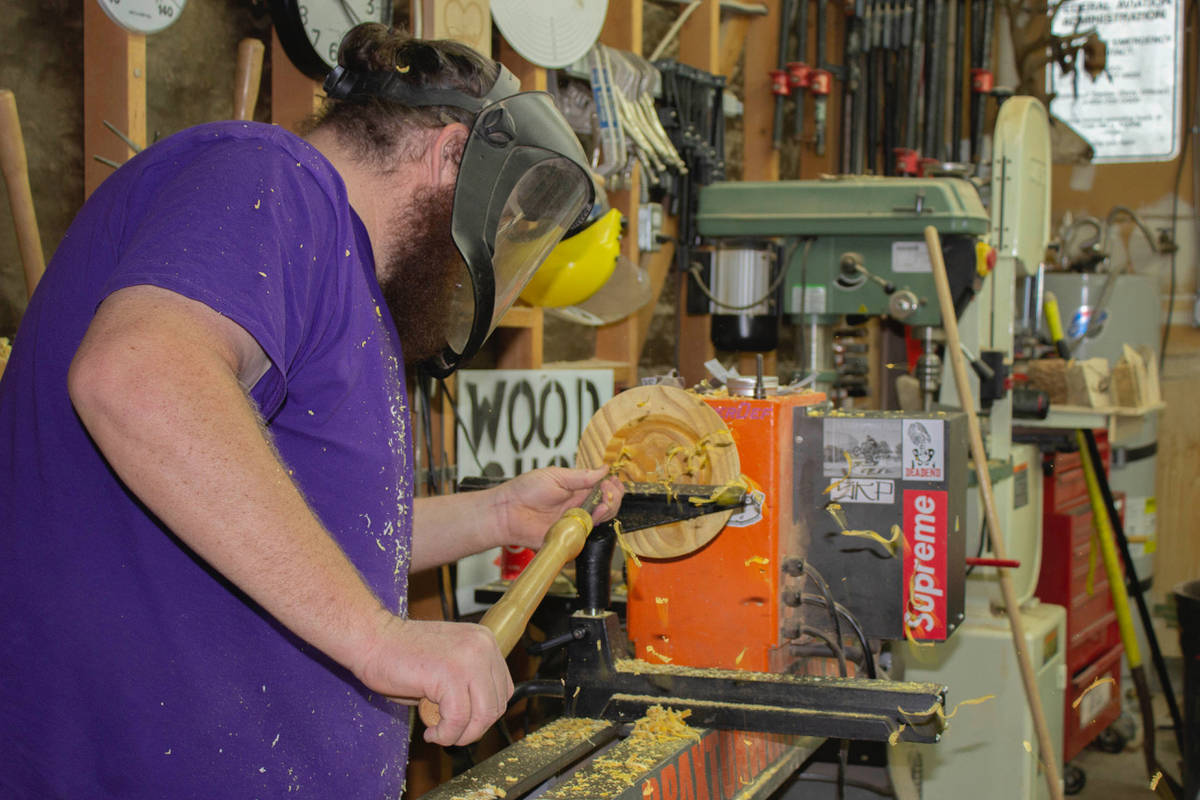 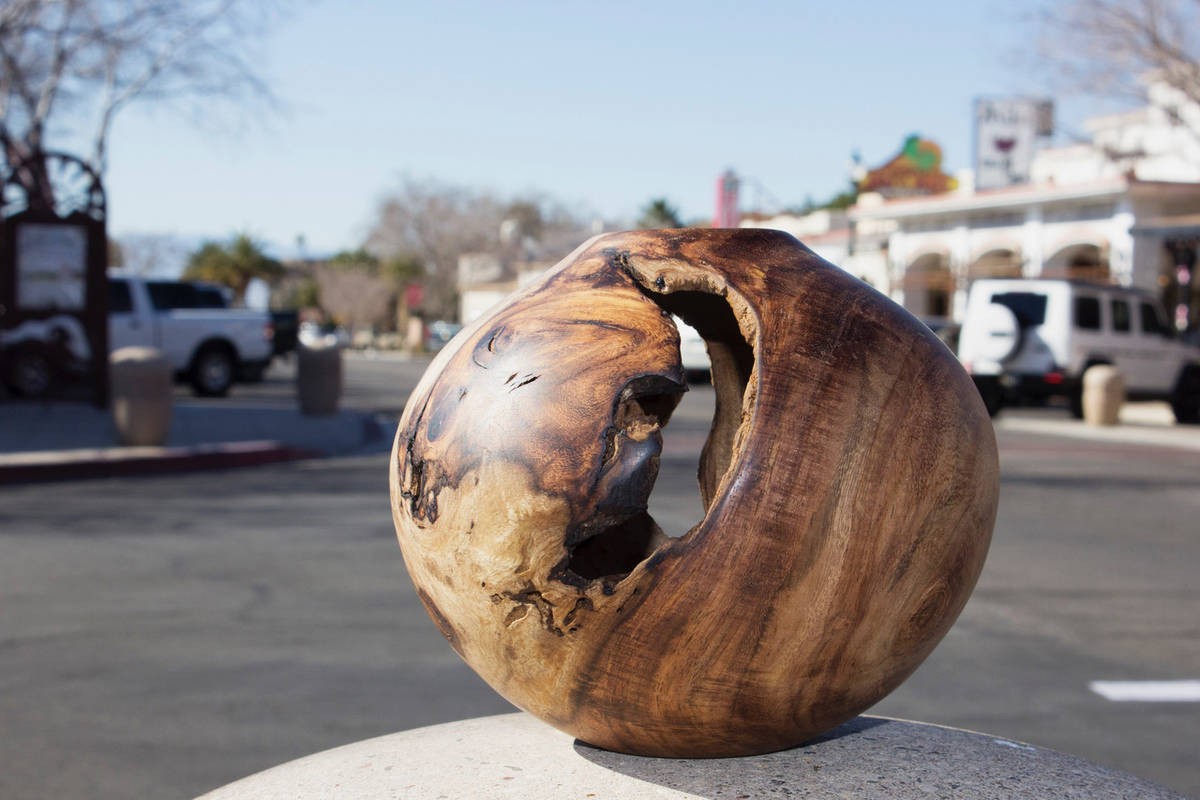 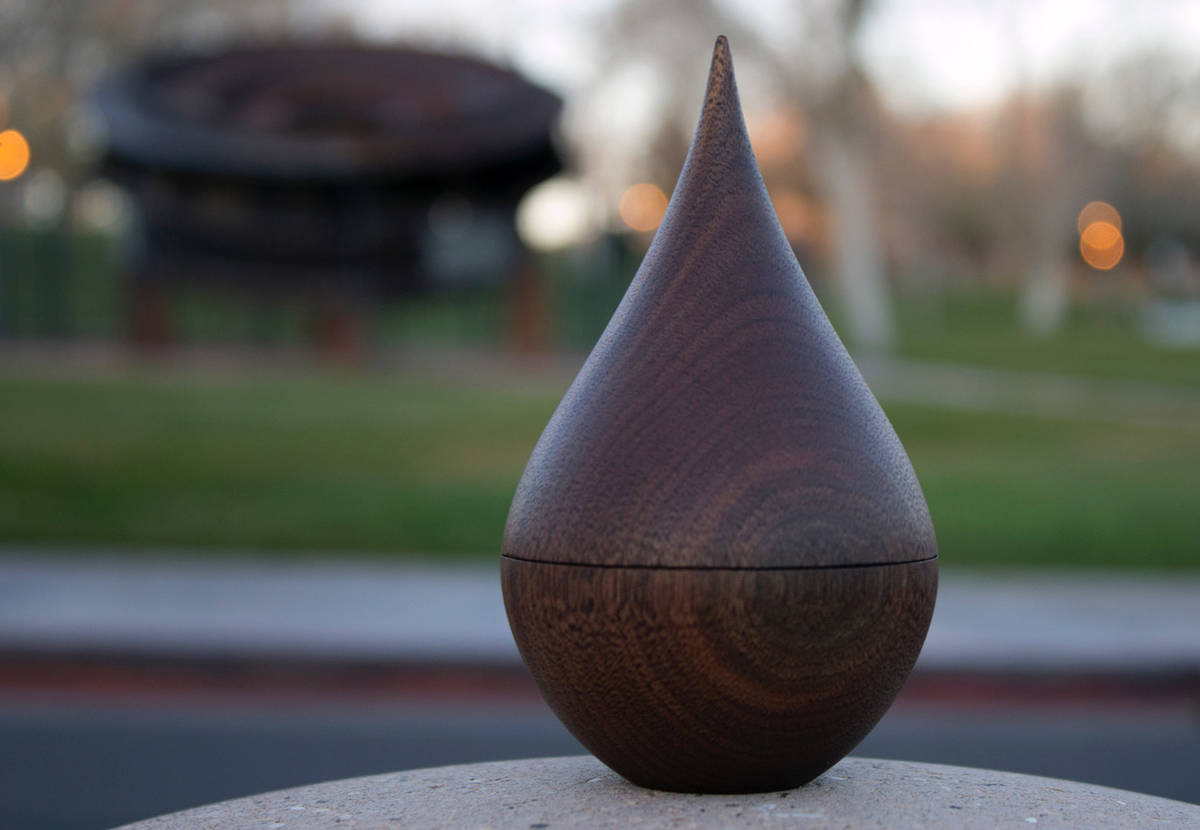 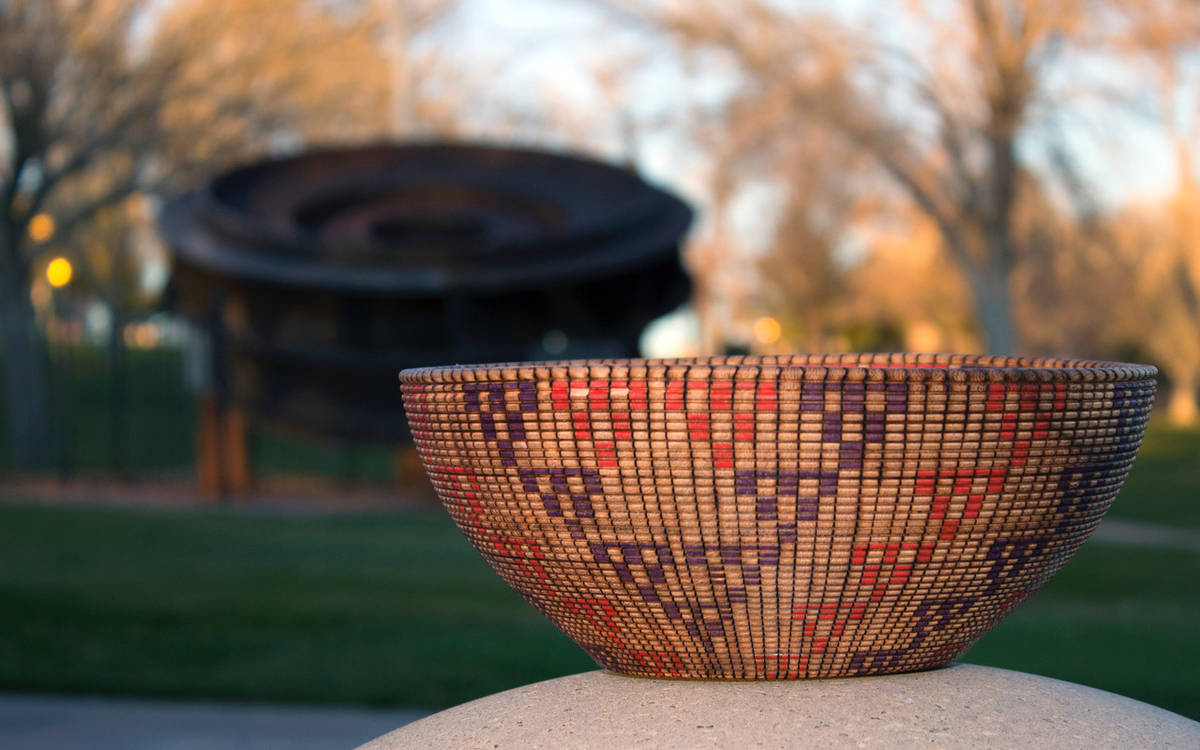 (Braxton Wirthlin) Boulder City artist Braxton Wirthlin uses colored inks to create the illusion of a woven basket on his wooden bowls, such as this one made from mesquite.

Braxton Wirthlin hasn’t met a tree he didn’t like.

When they are alive, trees provide shade and beauty. When they have to be cut down, they can be transformed into something that someone can “love forever,” he said.

And that’s exactly what he does.

Wirthlin is a wood artist. He turns pieces of trees that have been cut down into bowls and vessels or handcrafts pieces of furniture.

Wirthlin said he began working with wood when he was in junior high school. He continued with woodshop when he was attending Basic High School.

“I had a great woodshop teacher. He introduced me to the lathe. It’s a good skill to know. I was fortunate to learn.”

Wirthlin said he was sad to learn the woodshop closed the year after he graduated high school.

He built tables for Las Vegas restaurants and helped with the renovation of the Mob Museum’s Speakeasy.

In his spare time, he was involved with the Sin City Woodworkers club and took classes with member Jimmy Clewes, who Wirthlin called a world-class wood turner.

“He had a shop in his garage and was offering classes.”

Wirthlin said he signed up immediately after learning about the classes and took as many as he could to hone his skills.

“He really helped me develop my wood-turning skills. He helped me understand form and how much beauty and wood there is around the (Las Vegas) Valley.”

Wirthlin said he works with a variety of woods, including from trees that most people wouldn’t consider suitable.

“There is a surprising amount of beautiful hardwood around the valley,” he said, mentioning trees such as poplar, mesquite and mulberry.

Recently, he salvaged pieces of wood from trees the city had to cut down because they were diseased and in danger of falling.

Using reclaimed or salvaged wood for his art is something he is trying to do exclusively. He said he would rather see it become things of beauty than being chipped.

A native of Henderson, Wirthlin said he began to appreciate the community when visiting to ride at the BMX track. He moved to Boulder City about four years ago and began acquiring wood-working equipment after buying his home.

Now that he is at home complying with the governor’s order regarding the coronavirus, Wirthlin said he has more time to devote to his art. Occasionally, he will demonstrate his wood-turning skills, turning logs into bowls on his YouTube channel.

He also has set up an online store at www.Facebook.com/braxtonwirthlin so that people may purchase pieces of his work.

In addition, he recently joined the Boulder City Art Guild and hopes to display his work in the gallery once it can reopen.