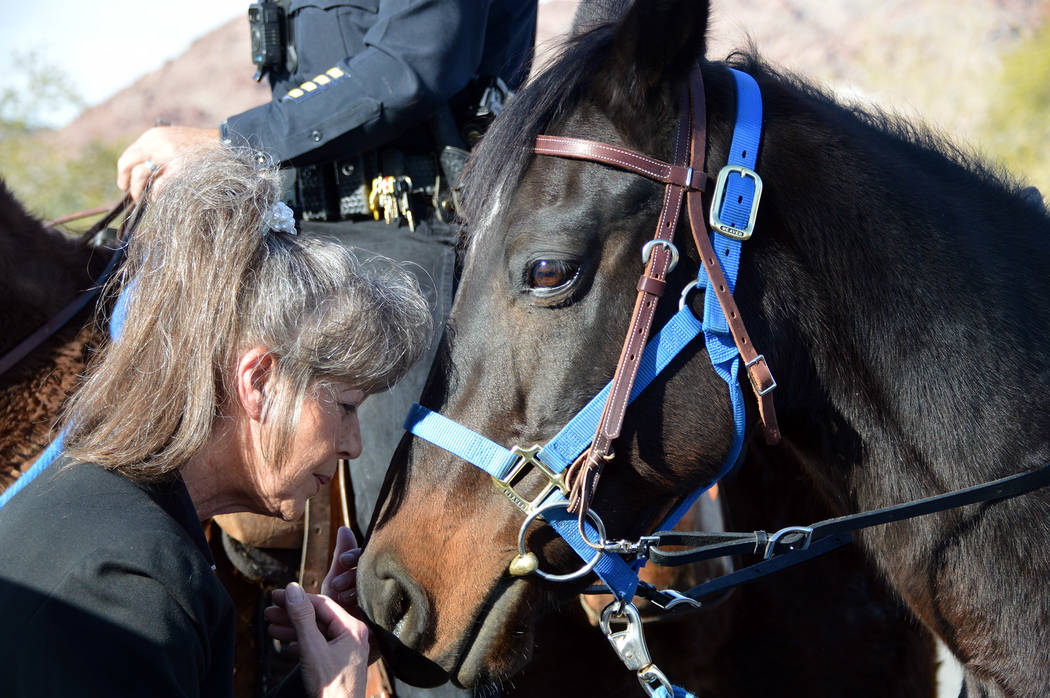 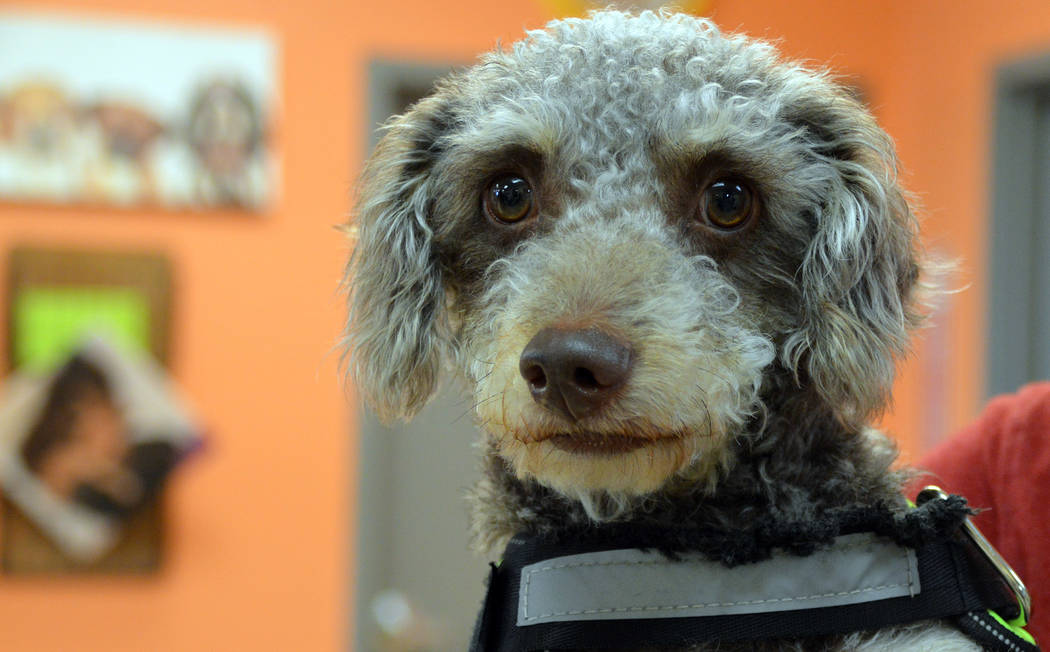 (Celia Shortt Goodyear/Boulder City Review) Buster is one of the animals that received a blessing at the Boulder City Animal Shelter on Saturday, Dec. 14. 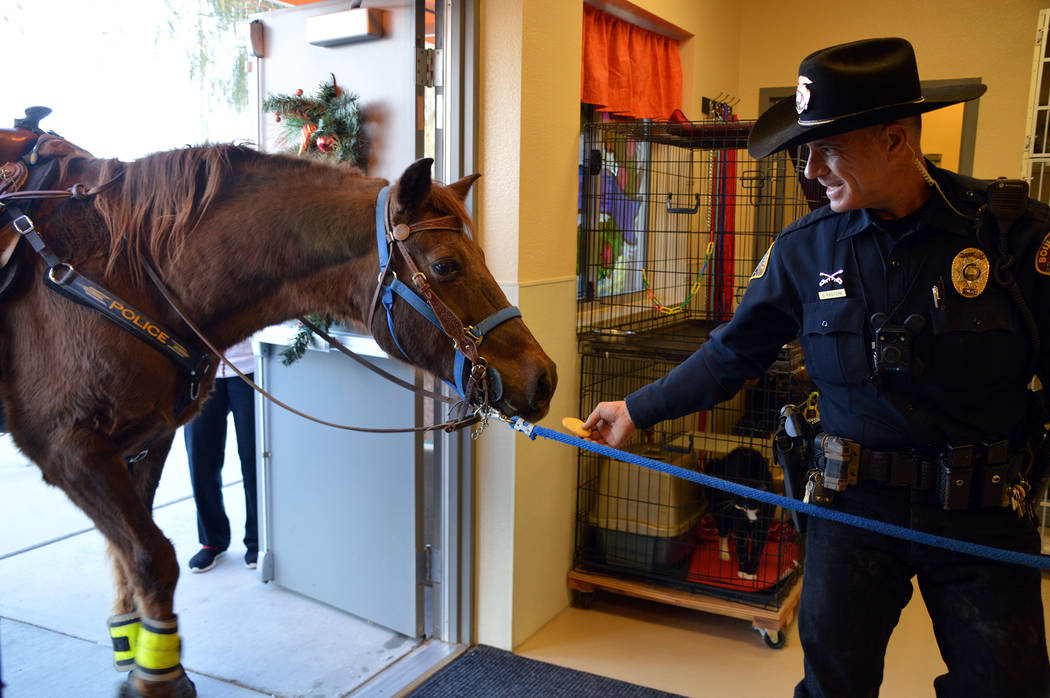 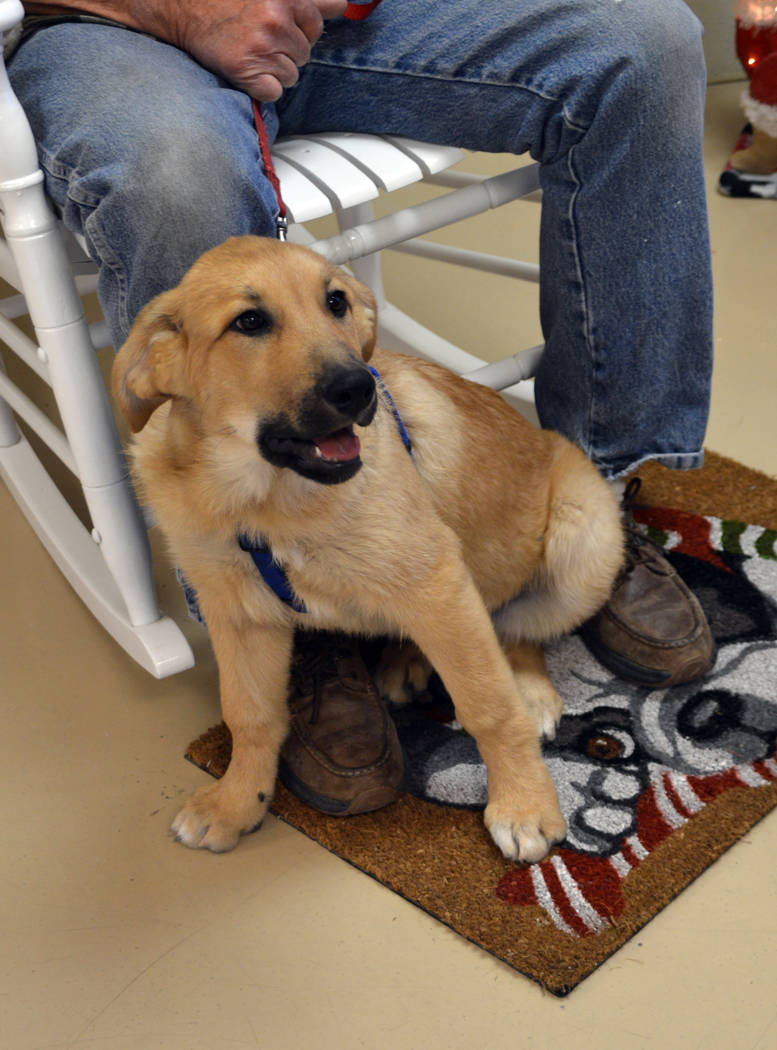 (Celia Shortt Goodyear/Boulder City Review) Duchess Vogt hangs out at the Boulder City Animal Shelter after she received her blessing Saturday, Dec. 14, during a special community blessing for animals. 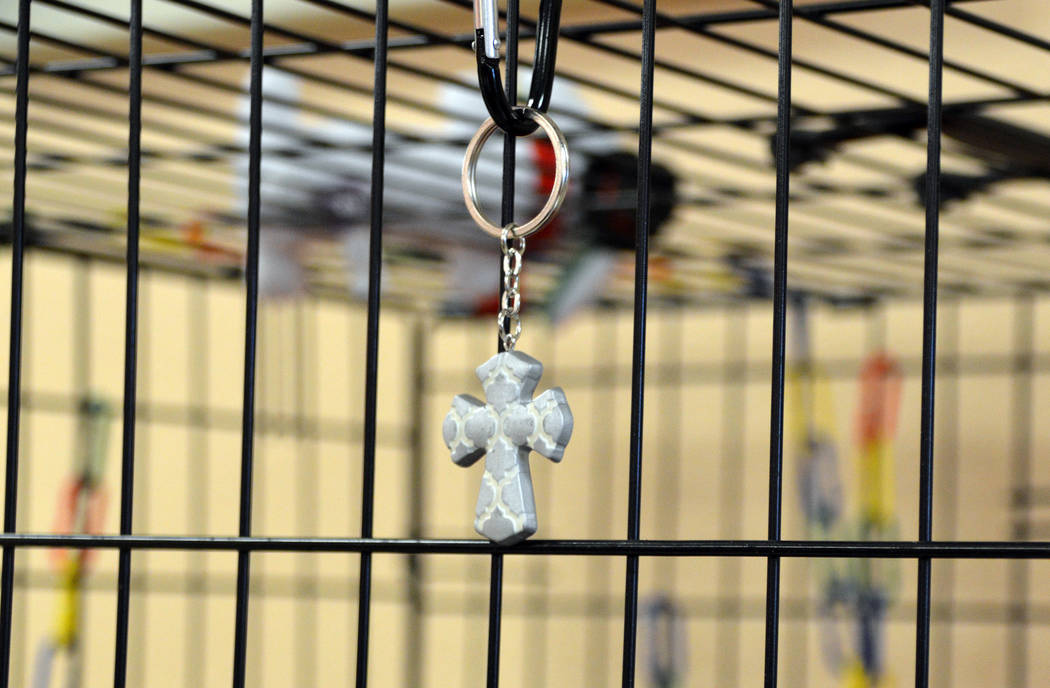 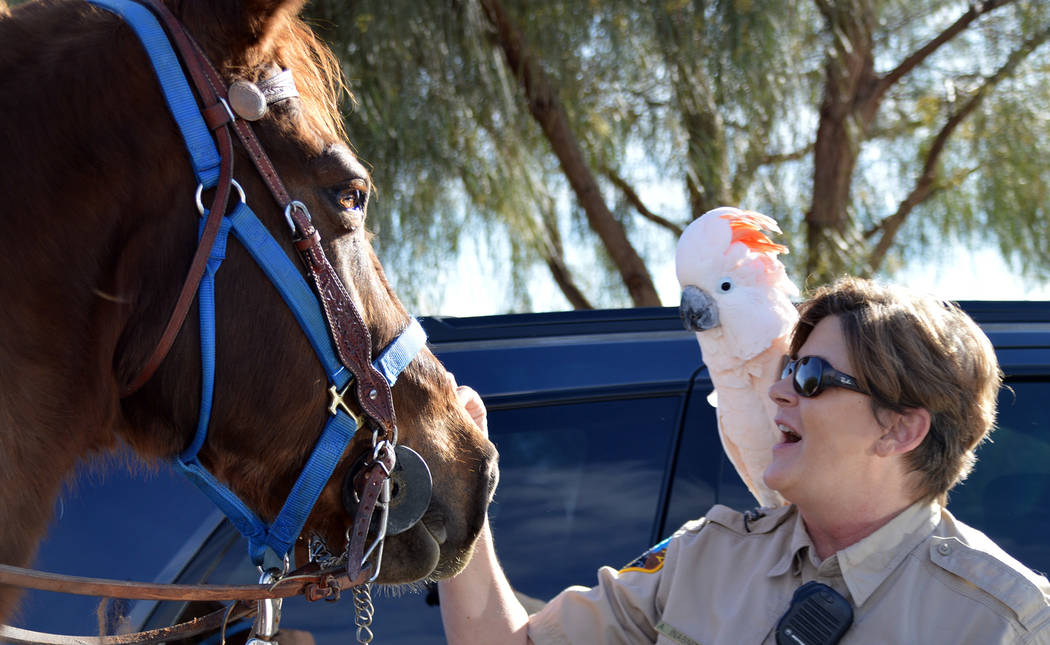 It’s a true blessing to be an animal at the Boulder City Animal Shelter.

For the past two years, Animal Control Supervisor Ann Inabnitt has had all the shelter animals blessed.

“We really liked how it made us feel,” she said.

Inabnitt said the shelter staff also received positive responses from people who adopted pets and saw their certificate of blessing, so she wanted to open the opportunity up to the community, which she did Saturday, Dec. 14, during a special open house.

“I think it’s important people have their animals blessed because they are a gift from God,” said the Rev. Annette Arnold-Pflaum, who gave the blessings. “God gave animals a special spirit and we need to honor that … We need to love (animals) 24/7.”

Kathleen Webb brought her dog, Buster, to be blessed.

She and her wife, Lisa Carson, live in Sandy Valley. They found out about the animal shelter from a friend and adopted Buster and two other dogs, Roscoe and Peanut, earlier this year after four of their five pets had died.

Webb said they first saw the puppies when they were about a week old. They had come into the shelter wanting a kitten and an older dog and left with three puppies and a cat.

“We needed a family again. … These guys were sent to us,” she said.

Webb said she came to the shelter last weekend because she had also been wanting to visit Inabnitt with Buster.

“It seemed like a good day to come,” she said.

John Vogt brought in his dog, Duchess, to be blessed. He said he had adopted her from the shelter this year and brought her in because of the special occasion.

“That’s a good reason,” he said. “We are reaping all the benefits the shelter provides.”

Each animal that was blessed received a certificate of blessing and a cross from Arnold-Pflaum.

“This is the only shelter I took under my belt,” she said.

Inabnitt said 13 animals were blessed during Saturday’s ceremony, including dogs, horses and a chicken. Animals at the shelter awaiting to be adopted had been blessed earlier this year.

The shelter also had several hundred people come through for the open house.

“It was wonderful,” she said. “We had a great time. … I think we want to do this every Christmas season.”

The Boulder City Animal Shelter is at 810 Yucca St.