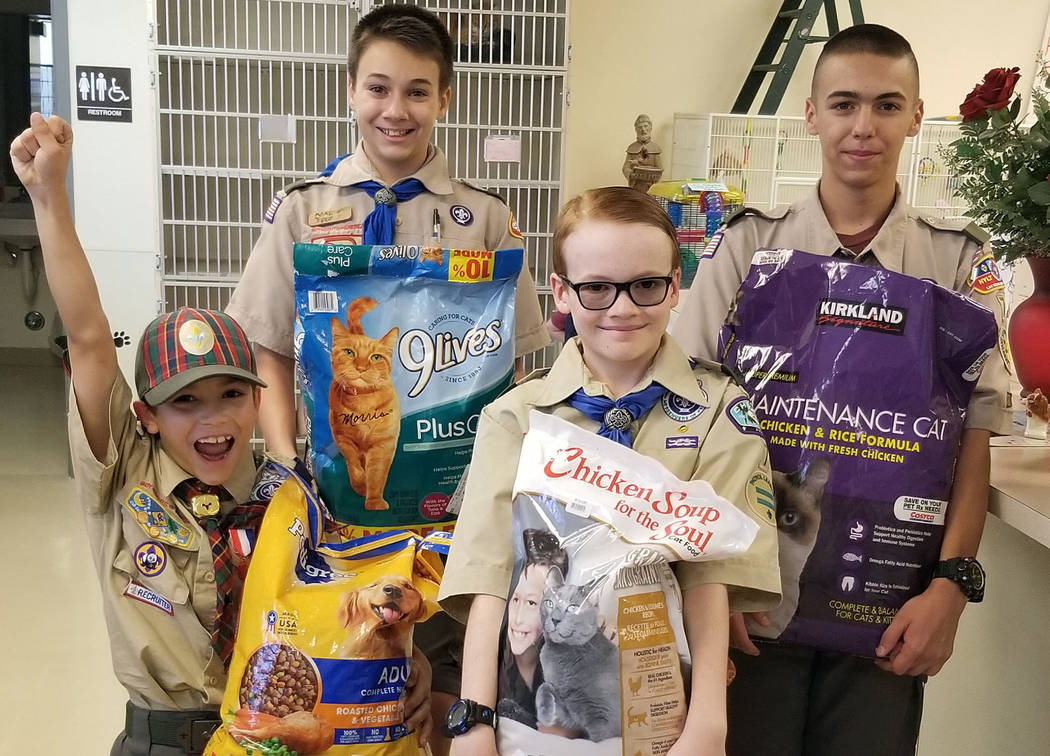 (Celia Shortt Goodyear/Boulder City Review) Boy Scout Ruger Cavasin, in back at right, delivers food to the Boulder City Animal Shelter on July 29 with fellow Scouts for his Eagle project. Joining him were, front row, from left, Cameron Borg and Logan Borg, and his brother Mason Cavasin. 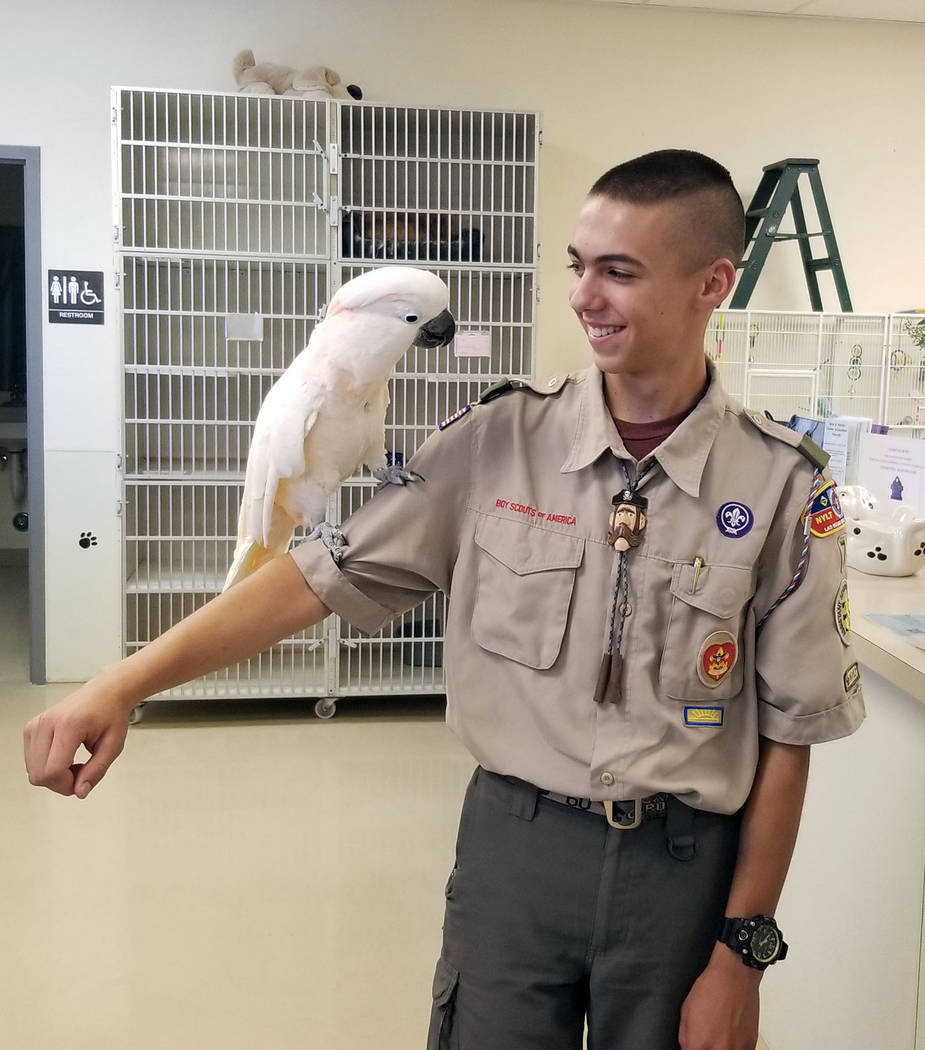 (Celia Shortt Goodyear/Boulder City Review) Magic Merlin hangs out with Ruger Cavasin after he dropped off pet food for the Boulder City Animal Shelter. Cavasin organized the drive for his Eagle Scout project.

Ruger Cavasin, 15, has a dog, a guppy and lots of frogs at home, as well as many animal friends at the Boulder City Animal Shelter after his recent efforts brought in almost 1,000 pounds of food for them.

A member of local Boy Scout Troop 7, Ruger decided to help the shelter with his Hungry Pet Project to earn the Eagle Scout rank. He said came up with the idea after a friend told him he should use his love of animals and see if the shelter needed anything.

“I checked with them and they said they needed cat food,” he said.

From there he went to local businesses and presented his project to the Boulder Business Development Group. He found eight businesses and organizations willing to keep a collection box, whose locations were posted on social media by the animal shelter. The collection boxes were placed July 8, and within two days he was picking up pounds of food.

Within two weeks, his total goal was already exceeded by 89 pounds.

By the beginning of August, Ruger had brought 906 pounds of food to the shelter.

“I’m really proud of him,” said his mom, Katie Cavasin. “He is a good kid. It’s a little bigger project than I expected it to be.”

“It means that we have enough food for the shelter animals until probably Thanksgiving,” she said. “It just goes to show how giving this community is to the shelter.”

Inabnitt said this is the first Eagle Scout project for the facility. Ruger came to her with the idea, asking for permission to help in this way.

“We said absolutely. Please help us,” she said.