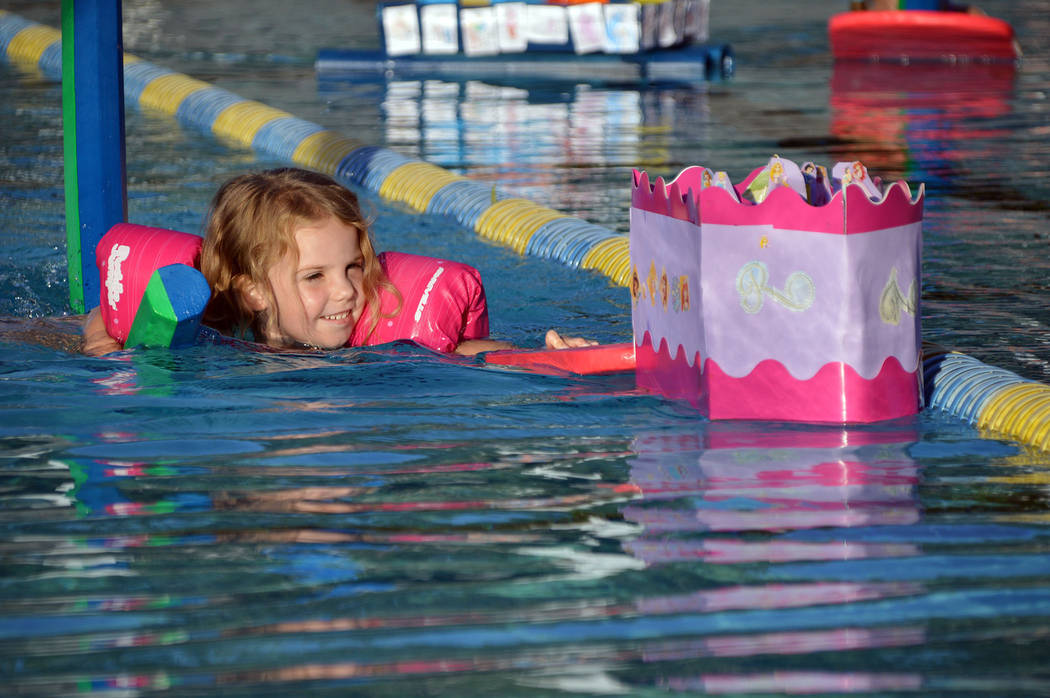 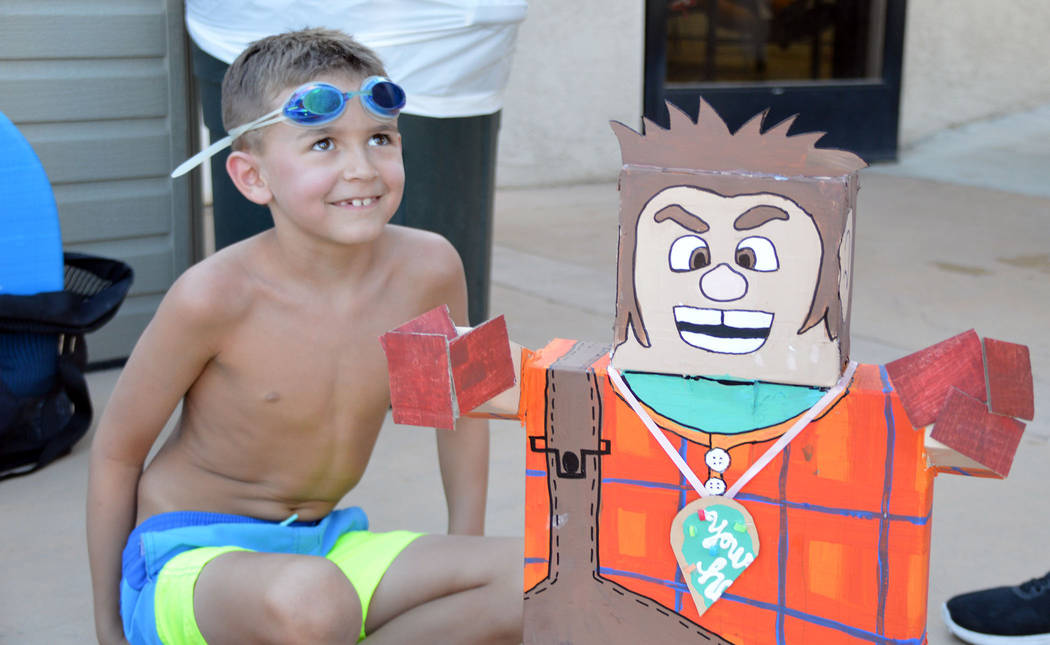 Celia Shortt Goodyear/Boulder City Review Michael Martorano listens to a question from the judges about his cardboard boat, Wreck-It Ralph II, at the 19th annual cardboard boat races on Wednesday, July 17, at the Boulder City Pool. 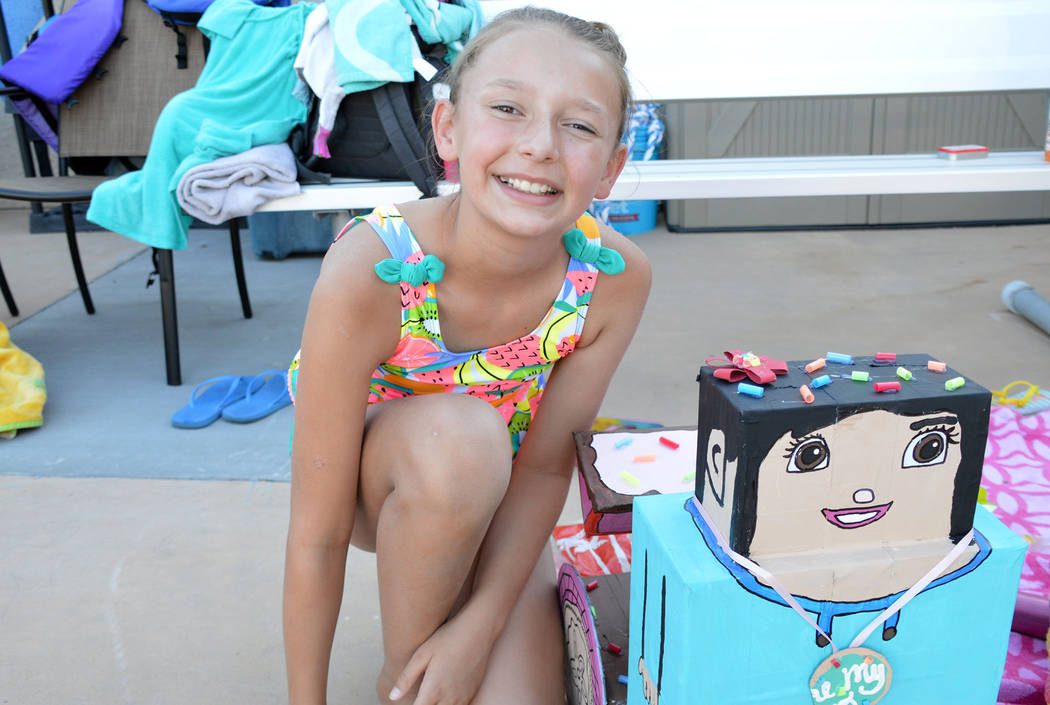 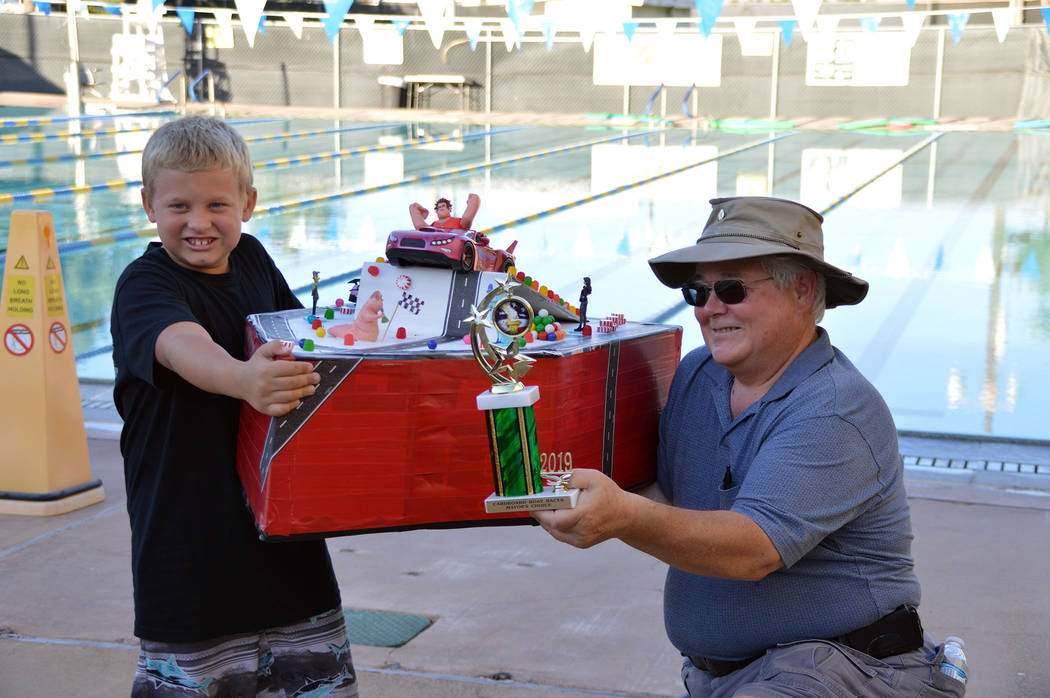 Michael Martorano listens to a question from the judges about his cardboard boat, Wreck-It Ralph II, at the 19th annual cardboard boat races.

Makenzie Martorano pauses for a photo with her boat, Vanilla Pea, during the cardboard boat races , at the Boulder City Pool.