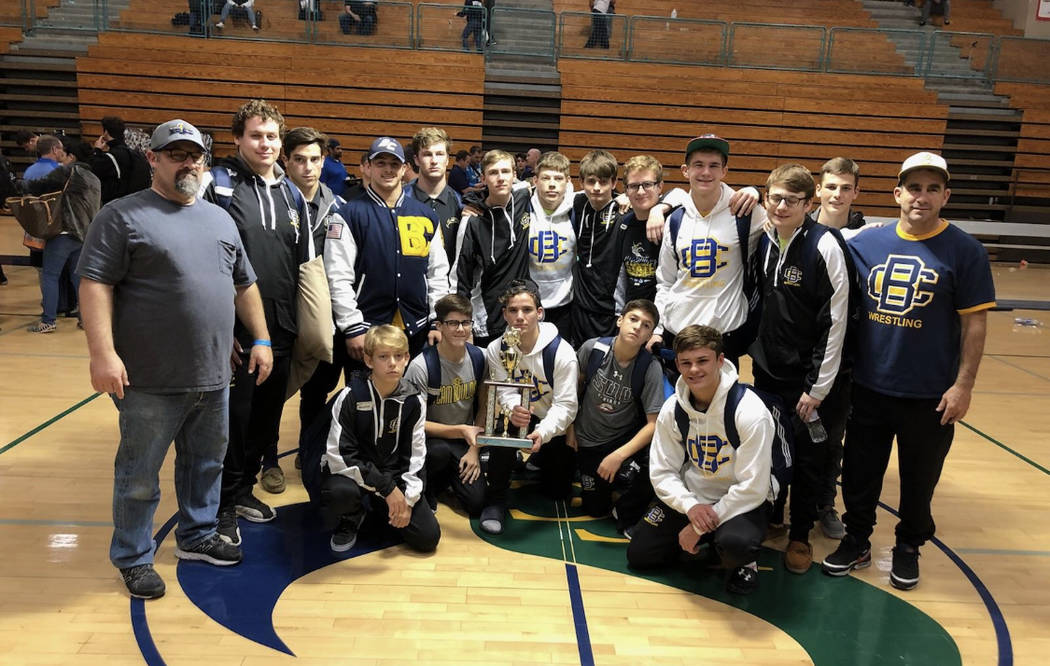 Wrestling only five matches due to heavy forfeits by the Miners, junior Ladd Cox (152 pounds) picked up the lone pin fall of the night, while seniors Ryan Vanario (220 pounds) and Thorsten Balmer (182 pounds) each won by decision.

“We did a pretty good job, but we can always keep improving,” Balmer said. “The whole team was just excited to start competing again after a break over the holidays.”

Coming into the final stretch of the season, the Eagles have been battled tested early, wrestling one of their toughest preseason schedules in program history.

Traveling to California in early December for their annual La Costa Canyon trip, the Eagles also added in the Warrior Invite in South Dakota in mid-December. The Eagles have wrestled and defeated all seven of their 4A opponents during in-state events.

“Battling through our schedule just shows us that we can do anything we set our mind to,” senior 195-pound wrestler Jimmy Dunagan said. “These tough opponents are just a building tool to the ultimate goal of putting our names on the wall and getting a team championship.”

The wall Dunagan is referring to is the Eagles’ list of team and individual state champions.

Having come close several times, a name hasn’t been placed since 2013 when former Eagles great Brandon Foster won the 195-pound weight class. Winning their lone team title in 1986, the Eagles as a whole are motivated after last season’s third-place finish.

One of the areas the Eagles can control is the process. A big philosopher on trusting the process, coach Cox said he is proud of this year’s group for buying into the coaches’ system and putting forth the effort to wrestle like champions.

“We’re just now coming back from break, but the kids are great kids,” he said. “They buy in to what we’re preaching and they’re humble enough to look at their weaknesses and see what they need to do. I think that makes them a lot better and really strong. We have guys coming in during the morning and working out and putting in the extra the work. I think we just have to fine tune some things and it’s going to be a lot of fun.”

The Eagles will again sharpen their iron with iron this weekend when they travel to Cedar City, Utah, for the Iron Town Duals, followed by the Chaparral Invitational the following weekend.