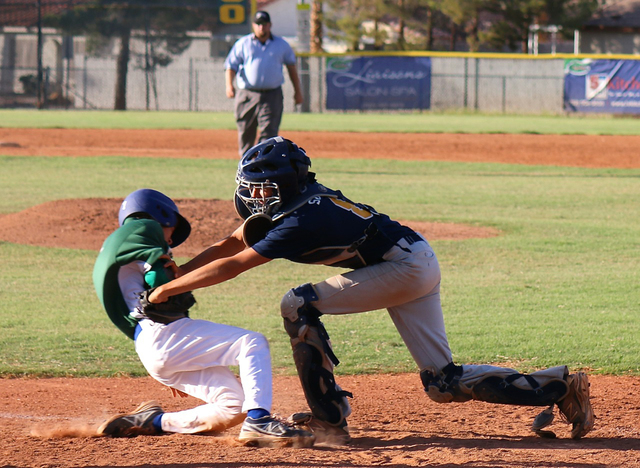 The Boulder City 14-under baseball team won six of its final seven games to climb into fifth place and qualify for the Connie Mack Summer League 14-under State Tournament that began Tuesday.

The Eagles, who finished the regular season 11-9-2, were the No. 5 seed in the state tournament Tuesday and played the Las Vegas Wildcats in the opening round at Las Vegas High.

They also played a second game Wednesday against the Las Vegas Toros or Green Valley Elite, depending on results. They should be playing a third game today in the double-elimination, and more games as long as they keep winning.

“The kids have worked hard all summer to improve,” head coach Bobby Reese said. “The playoffs will be another test for them and another good learning experience.”

The Eagles have been relying on the pitching of Teddy Lobkowicz and Patrick Hood, and the hitting and key play of DJ Reese, Shaun Jones and Nolan Herr.