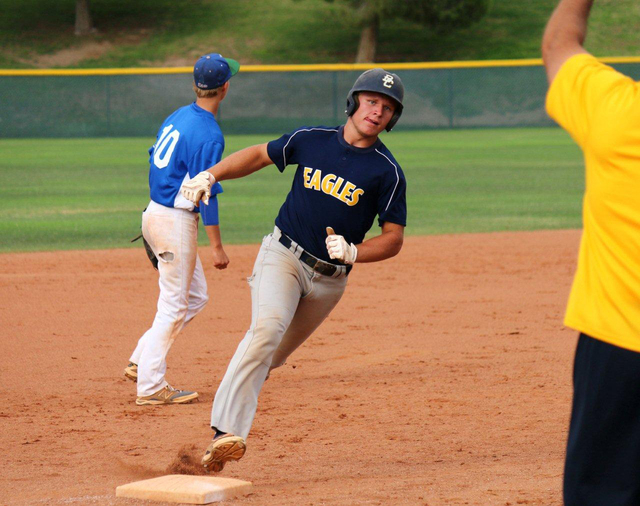 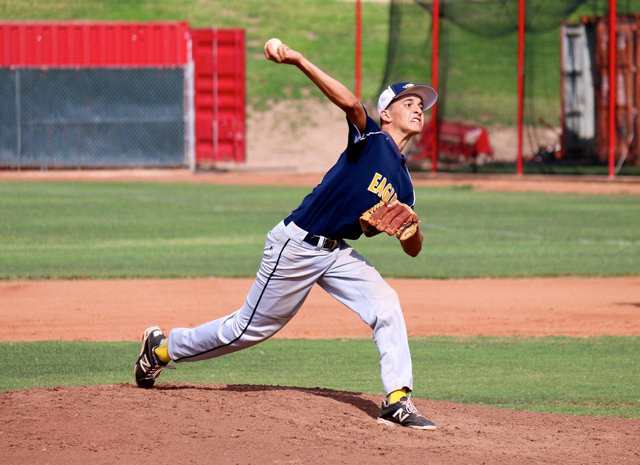 One of the most successful summer baseball seasons in Boulder City history came to an unexpected end this past Saturday when the Eagles 16-under team was eliminated in the championship game of the Connie Mack Summer League state tournament.

The Eagles, the No. 1 seed entering the state tournament, played their worst game of the season in a 22-1 loss to Green Valley Elite that forced the second “if necessary” championship game.

The Eagles and Green Valley went back and forth exchanging the lead several times in the final before the Elite won 9-8 in its final at-bat. The Eagles had scored twice in the top of the seventh inning, and appeared headed to an 8-7 victory, but allowed two runs to score.

The victory advances the Elite to the Western Region Championship this weekend in West Covina, Calif.

“It was a disappointing day, of course, because the final two games did not turn out the way we had hoped,” head coach Ron Hubel said. “However, the kids came ready to play in the second elimination game. They gave it their all. It was a team effort, just like it had been all summer.

“There was not one play or one mistake that could be blamed on losing the game. The kids played well but just came up short. I only hope that the kids learned as much this summer about baseball as they taught me. It was truly one of those experiences that I will always treasure.

“Helping these young men mature in their baseball knowledge and skill was reward in and of itself. I look forward to helping coach most, if not all, of these fine young men in the future. Hopefully, this summer season showed these kids that they can play baseball with anyone. The BC Eagles were the Connie Mack Nevada 16-under state runner-ups.”

After the disappointing 22-1 loss, the Eagles rallied back to take a 3-0 lead in the decisive game in their first at-bat. But their defense allowed four runs in the bottom of the first inning before settling down. The Eagles tied the game 4-4 in the third inning with one run.

Each team scored twice in the fifth inning and the game stay tied, 6-6. But the Elite scored once in the sixth inning for a 7-6 lead heading into Boulder City’s final turn at the plate.

“We scored the two runs we needed to take the lead,” Hubel said. “But we couldn’t hang on to the lead.”

They won their first three games in the state tournament, including a 7-6 victory in the winner’s bracket final over Green Valley Elite.

In the Thursday’s winner’s bracket win, Jake Hubel raised his record to 6-0 by pitching 5 1/3 innings. He allowed only three earned runs. Leading the Eagles’ offense was Austin Wishard, who batted 3 for 4 with two RBIs. Peyton Koopman, Austin Shepard, Steve Wagner and Patrick Garvin each had two hits.

That meant Green Valley, which also lost twice and tied once with Boulder City in the regular season, would have to defeat Boulder City twice in one day to win the championship.

Boulder City had not lost back-to-back games all summer but ended with the two losses Saturday to finish 22-4-1.

In the 9-8 final, Wagner pitched 4 1/3 innings and Koopman pitched the final 2 2/3 innings. Wishard went 3 for 3 and Kodey Rahr was 2 for 2. Koopman, Preston Van Diest, Shepard, Seth Kermode and Wagner each had one hit. Koopman and Shepard each had two RBIs.