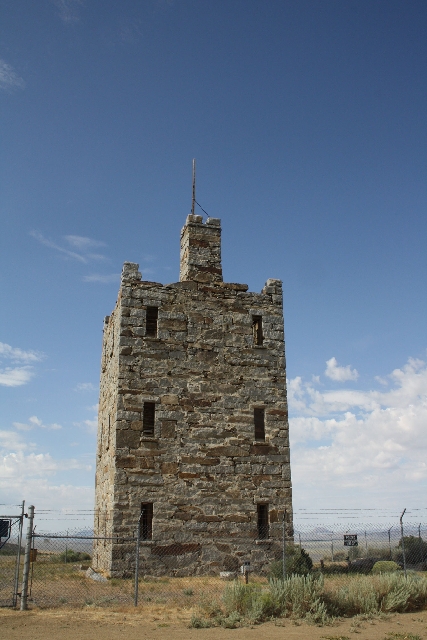 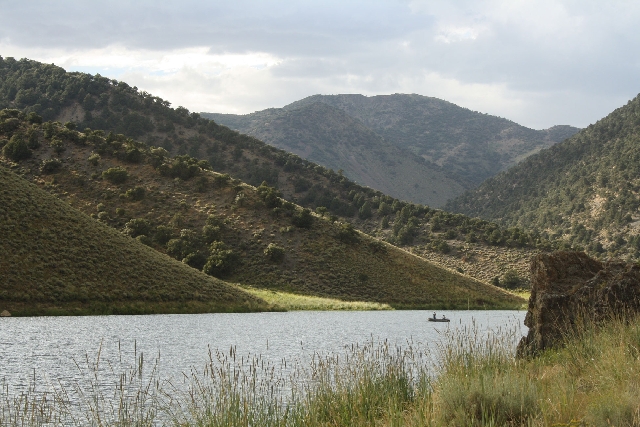 Austin, a formerly booming mining town founded in 1862, is home to fewer than 400 people today. Yet it’s one of the best-preserved early mining towns in Nevada and well worth a visit by city dwellers from the state’s southern end.

The next few weeks of midsummer should be a prime time to make that visit. The town lies at an elevation of 6,600 feet in the northern section of the Toiyabe Mountain Range. You can expect nice cool temperatures, perfect for outdoor summer activities. And the town’s surroundings offer plenty of those – mountain biking and hiking trails, camping and trout fishing areas, and historical sites to visit.

Austin lies just about dead center of Nevada, on U.S. Highway 50, also known as “The Loneliest Road in America.” Long before it was Highway 50, the main path trail through this canyon served as the route of the Pony Express. One old story says a fast-moving mail pony kicked loose the rock that revealed a rich silver vein, touching off Austin’s original mining boom.

Exploring some of the back roads outside of Austin, by car, is a good way to spend a half day or longer. One that I particularly recommend is driving into Kingston Canyon. It is best done as a 60-mile loop and you will need a high clearance vehicle with good off-road tires.

The loop starts in Austin and takes you east on U.S. Highway 50 for 12 miles. Then head south on State Route 376 for about 15 miles and turn right onto Kingston Canyon Road. As you travel along this road you will find many mining ruins, plenty of water from creeks and ponds, and the old Kingston Guard Station.

You’ll pass the head of the Toiyabe Crest Trail, which runs about 70 miles and is the longest maintained trail in Nevada. As you near the end of the road you will be in the Reese River Valley which will take you back to U.S. Highway 50. Then you will head east and back to Austin. A driving tour booklet for this excursion and other interesting ones in the area is available at the Austin Chamber of Commerce and other local businesses.

Visitors can also take an historic walking tour of the town, which includes more than 10 sites on the National Registry of Historic Places. Among the highlights in town are three of the oldest three churches still standing in Nevada. The Catholic church and Methodist church were both built in 1866 and the Episcopal church was built in 1878. Only the Episcopal church serves its original purpose, and it is said to be the very best and most beautiful example of the small frontier houses of worship that served Nevada’s pioneers.

Just a short drive outside of town is Stokes Castle towering like a guardian over the Reese River Valley. Anson Phelps Stokes, a prominent businessman from back east, built the structure as a private home but modeled it on a medieval watch tower he had seen in Italy. The three-story structure was made of native granite and finished in 1897, but was occupied only briefly.

If you can arrange to be there on Independence Day, attend one of the town’s largest events of the year, Austin’s Old Fashioned 4th of July. The parade starts at 10 a.m. followed by free hotdogs, hamburgers and street games.

While Austin is small there are a couple of restaurants, a gas station, motels and a bed-and-breakfast. You can see a list of such amenities and contact numbers from the Austin Chamber of Commerce, www.austinnevada.com, (775) 964-2200. For camping there is the Bob Scott Campground, located about four miles east of Austin on U.S. 50. There are 10 sites, nine for tent or RV and one group site (up to 50).

Big Creek Campground is located 13 miles south of Austin on Forest Service Road 002. There are five sites, four for tent or RV and one group site (up to 50). First-come first-served, except for group reservations. Both campgrounds are open through October.

There are at least three bars in Austin, and they tend to retain the frontier styles of wooden floors and mirrors behind the whiskey bottles. One occupies the International Hotel, said to be the oldest hostel still standing in Nevada. Built in Virginia City in 1859, it moved here four years later to take advantage of the new boom. It no longer rents out rooms, but does serve meals and drinks.

A bonus reason to make this trip is that the way leads through the sprawling but scenic Big Smoky Valley, a part of Nevada not much changed from the days when cattle and cowboys ruled the range.