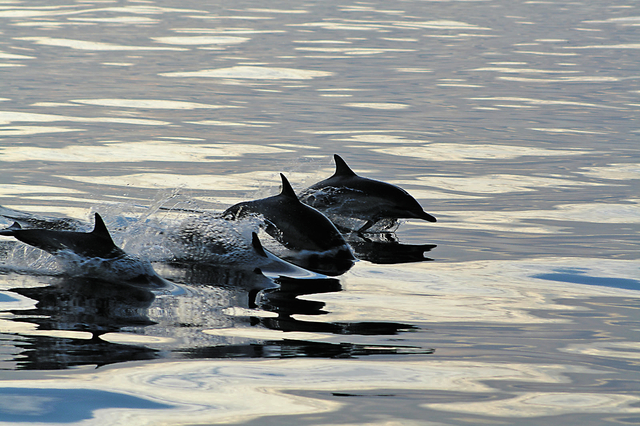 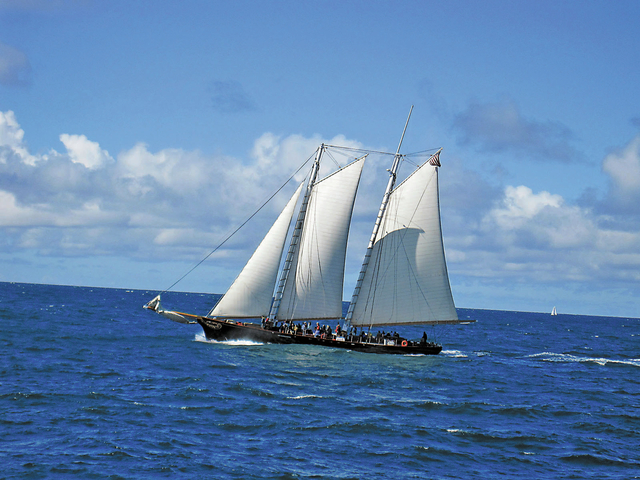 From December to March, gray whales will be passing by the Southern California coastline on their annual push of 10,000 miles round-trip — the longest migration of any mammal on Earth. Every fall they head south from the Bering and Chukchi seas between Alaska and Siberia. They’ll end up in the warm lagoons of Baja Mexico for mating and calving.

Gray whales once lived in the Atlantic Ocean, where it is thought overhunting in the late 17th and early 18th centuries drove them into extinction. But the story is happier off the Pacific Coast of North America. Although their numbers declined to about 15,000 in the 1970s, it is believed 25,000 are in this area.

If you see one, you’re unlikely to mistake it for anything else. Adult gray whales average 43 to 49 feet, and newborns measure 16 feet.

If you are extremely fortunate on your whale watching excursion, you might see minke, humpback, finback or killer whales. In the summer blue whales, largest of all, are common.

One animal you will almost certainly get to see, if weather cooperates, is the dolphin. Most likely it will be the common dolphin, which is about 7 feet long, has a mix of gray and black on top and a white underbelly. Dolphins often can be seen jumping and swimming alongside the boat, or “bow riding” the pressure waves created by the hull.

Pods average about 200, but it isn’t rare to see pods as large as 1,000, and rarely as many as 5,000. Besides common dolphins, others in this region include the Pacific white sided, bottle-nosed, Risso’s and melon-headed dolphins.

Whale watching excursions leave from various ports in Southern California and have different sizes and types of boats. The trips are of varying lengths, from a couple of hours to a full day, depending on the company. Some I can recommend include Captain Dave’s Dana Point Whale Watching, Dana Point, 949-488-2828, www.dolphinsafari.com; Newport Landing Whale Watching, Newport Beach, 949-675-0551, www.newportwhales.com; Next Level Sailing, San Diego, 800-644-3454, www.nextlevelsailing.com; and Hornblower Cruises, San Diego, 888-467-6256, www.hornblower.com.

My daughter and I have gone on whale-and-dolphin-watching excursions about a dozen times. We have set sail from Newport Beach, San Diego and couple of times from Dana Point, where the trip can include visiting Catalina Island.

Dana Point gave us our favorite whale memories because we not only saw more of the great beasts, but a few time got magnificent close views of whales breaching — leaping clear of the water to land with a thrilling whale of a splash. But there’s little evidence the port of departure you choose will much improve or decrease your chances of seeing whales. I can’t resist saying this: Our good luck at Dana Point might have been a fluke!