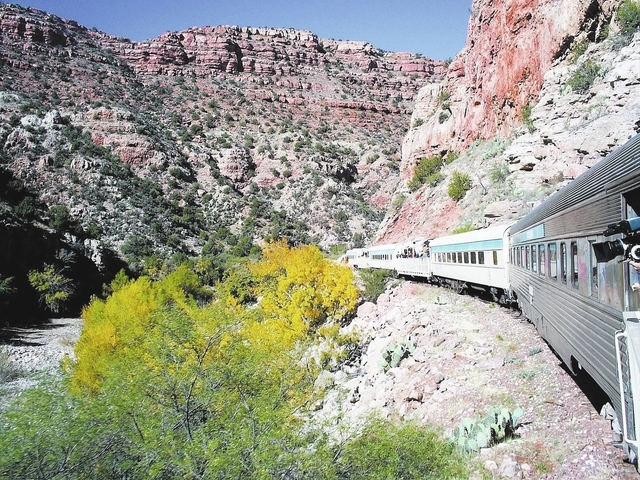 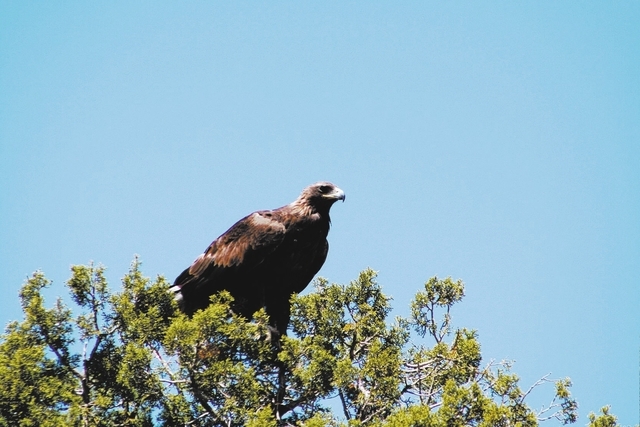 This planned community was built to provide housing and support services to the booming copper mining town of Jerome, located just a few miles away. Jerome was once the fourth largest city in the Arizona Territory, boasting a peak population of 15,000 people in the 1920s.

In those days the railroad was a necessity to take copper ore to Perkinsville, where the smelter was located. Today, visitors ride the same 40-mile route to the Perkinsville ghost ranch. It’s a four-hour round-trip journey through the rich riparian environment of the Verde River.

In autumn this is the ideal place to enjoy some spectacular fall foliage. Each winter, from December to May, migrating golden and bald eagles make their home in Verde Canyon, which is a protected breeding area. Besides eagles and great blue herons, wildlife in the canyon include javelinas, antelope, mule deer, beavers, coyotes and mountain lions. Many threatened and endangered species also depend on this river corridor, including river otters, southwestern willow flycatchers and lowland leopard frogs.

Other highlights along your ride include seeing a couple of ancient Sinagua Indian dwellings, traveling through a 680-foot man-made tunnel, and seeing the stunning rock formations that flank the canyon. The canyon reveals three major types of rock including the light-colored limestone, which came from an ancient lake, and dark basalt, resulting from a cooled lava volcanic flow that filled the area. The horizontal orange-red layers you see are sandstones, once buried deep beneath the earth.

Every Wednesday, Saturday and Sunday from Dec. 1-22, the railroad offers the Santa Claus Express. Santa Claus, Mrs. Claus and a few elves entertain the passengers during the excursion.

While in this area, a few side trips are in order. Jerome is mostly shops, galleries and picturesque bars and restaurants, well worth a few hours of your time.

Just minutes away from Jerome and Clarkdale you will find Tuzigoot National Monument, where you can view prehistoric ruins. Nearby is Dead Horse Ranch State Park, where more than 100 species of birds have been identified. A little farther out you can get to Montezuma Castle National Monument, an ancient cliff dwelling that is one of the best preserved sites of its sort in the Southwest.