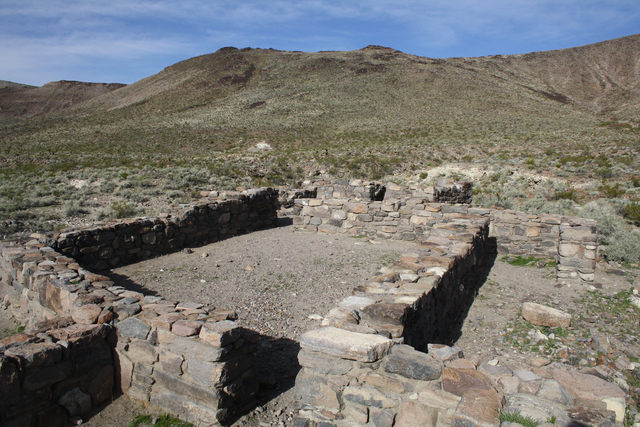 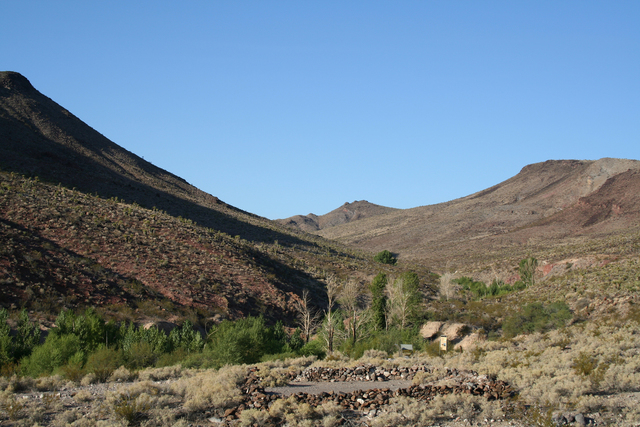 Many of the treasures that the 1.6 million-acre Mojave National Preserve offers can only be found by traveling many miles on remote gravel roads. One such destination is in the extreme eastern region of the park at Fort Piute.

While this area is pretty isolated, those of you that love getting off “the oil,” so to say, will love this destination.

When you reach Fort Piute you will find the ruins of an old military outpost as well as American Indian petroglyphs. You also will find a special natural treat: a perennial stream with riparian vegetation. This is also the start of wildflower season, and if Mother Nature cooperates, you might get an added bonus of some good showy color.

In the 1860s the Mojave Road served travelers, mail carriers and supply wagons between the Arizona Territory and California. The U.S. Army built a series of small military posts including Fort Piute to guard against enemies. It was built of volcanic rock on a small rise at the mouth of a canyon at the base of the Piute Range.

The fort was small by most standards. It basically consisted of two roofed structures, one for horses and one for men, purposely close together to deter raiders from stealing their horses or supplies. It is thought there was somewhere between a couple to as many as 18 men living here.

This post was only used for several months as the main traveling route was moved just south of here. The fort has been stabilized many times yet remains fragile so resist sitting or walking on the fort’s remaining walls.

Just a couple of hundred yards from the post you will find Piute Creek surrounded by thick vegetation. A fire burned this area more than 10 years ago but it has rebounded. You will find cottonwood, willow and mesquite flanking the drainage. In the surrounding hillsides you will see a cactus-yucca scrub habitat including barrel cactus, beavertail, buckhorn cholla and Mojave yucca.

This time of year rattlesnakes start to appear so don’t put your hands or feet anywhere you haven’t looked first. One of the most dangerous in this area is the Mojave green.

Also look for red-tailed hawks, golden eagles and phainopeplas, which often feast on the red berries of the desert mistletoe.

Spend time admiring the petroglyphs etched in the desert varnish found on the large volcanic boulders near the creek. The Paiute, Mojave and Chemeheuvi Indians are known to have used this area. Most of the rock art is of an abstract nature but there are interesting panels of bighorn sheep and the sun. Be sure not to touch the rock art or disturb the boulders in any way.

Have good off-road tires and a high-clearance vehicle. Cellphones do not pick up a signal at the fort. All access roads in this area are subject to flash flooding so save this trip for another day if rain threatens.