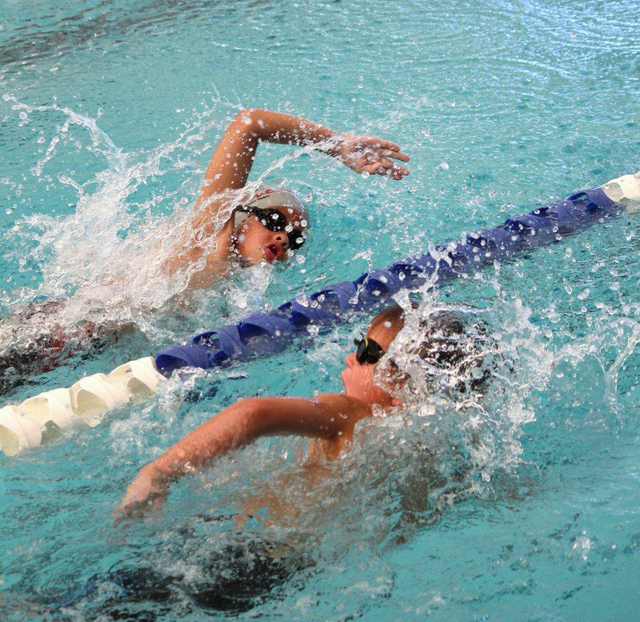 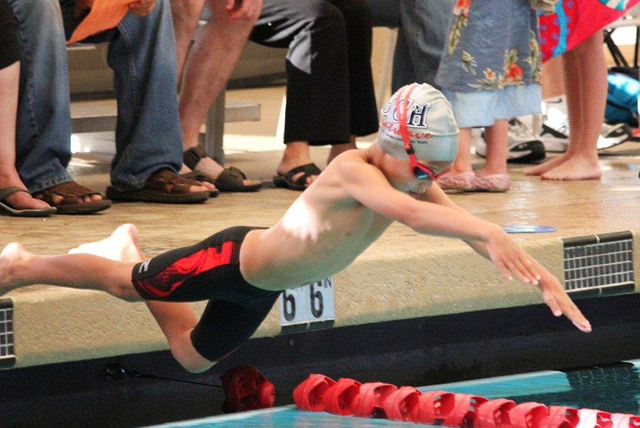 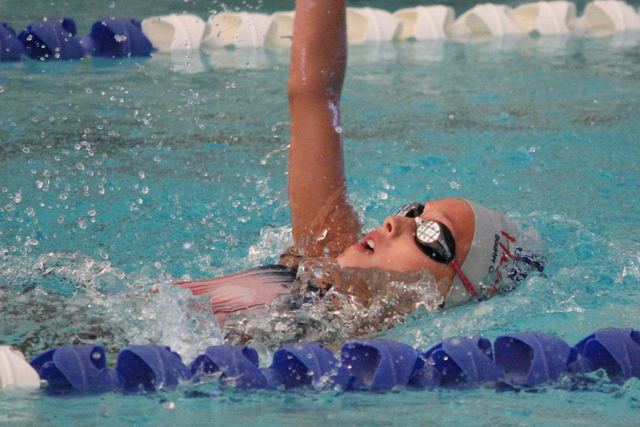 The Heatwave senior and national level teams and the two high school programs have been so successful because of the athletes who learn to be champions at a young age in the Heatwave novice division.

The next wave of stars took to the water June 27 as the 7- and 8-year-olds showed that they are willing and able to be the future for the Heatwave and the high schools teams.

“The kids are amazing, and it really is a pleasure to coach the young ones,” coach Linda Estes said. “These are the youngest swimmers in the club and it is rewarding to see their success. The younger they start, the better they can develop and turn into the swimmers of the future.”

In the Heatwave June Age Group Novice Invitational, a few swimmers did well.

In the girls 8-under, 25-yard breaststroke, Sweden Smith, age 7, placed third with a time of 26.46. Elise Vanier was fifth, Madyson Estus was 17th and Natalie Fecteau was 20th.

In the boys competition, 6-year-old Leandre Daniels stood out, along with Vincent Freiburger, Seth Woodbury and Troy Higley.

The Boulder City/Henderson Heatwave is an amateur swim club with more than 400 swimmers on its roster. It is sanctioned by USA Swimming and is a member of the nationally competitive Southern California Swimming Association.

Heatwave senior group to be tested

The older kids on the Heatwave will compete in a series of national-level swim meets throughout the summer, including the Desert Championships July 19-20. It is a last-chance qualifier for Junior Olympics. It is also the final long-course meet of the season for those not yet qualifying for the Junior Olympics.

The USA Swimming Junior Nationals are July 30 to Aug. 3 and is the 18-and-under national championships open to swimmers with qualifying times.