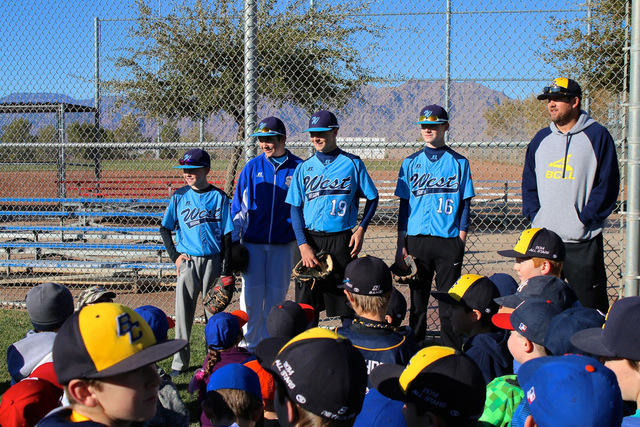 There was still snow on the baseball field at Veteran’s Memorial Park early Saturday morning, but the briskness didn’t slow down the baseball community. Boulder City Little League held its fourth annual Winter Skills Camp, which was attended by 39 campers from age 5 through 13.

It took the collaboration of six Little League coaches, six board members who aren’t coaches, numerous Boulder City High School student athlete volunteers, baseball fan volunteers, and family cheerleaders to make the day a success. Attendees were surprised with an appearance by some of the Mountain Ridge Little League team, which, in 2014, was the first Nevada team to make it to the Little League World Series.

The volunteers and guest athletes stretched with the boys and girls before the campers were assigned by age into groups for their skills sessions.

Older campers were guided through a day of infield/outfield drills, four hitting stations and defensive exercises, ending their day with a bunting and bubble ball competition.

Opening day will be March 14.