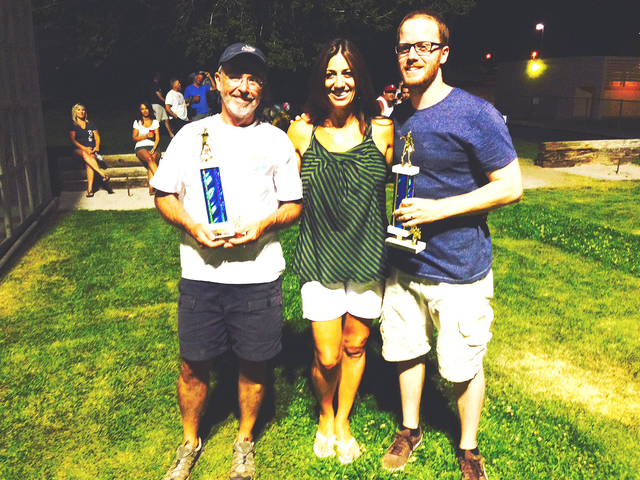 Jim Holland, left, and Kevin Tibbs, who won this year’s Dan Leach Memorial Horseshoe Tournament, are congratulated by Laura Leach, wife of the late Las Vegas police officer Dan Leach. This is their second consecutive win. Twenty-four teams played in the double-elimination tournament, raising $1,713 for the fund, which provides financial support for local youths for extracurricular activities. Dan Leach was a Las Vegas corrections officer for 25 years and was killed when his transport van collided with a semitrailer in November 2009 while carrying prisoners.