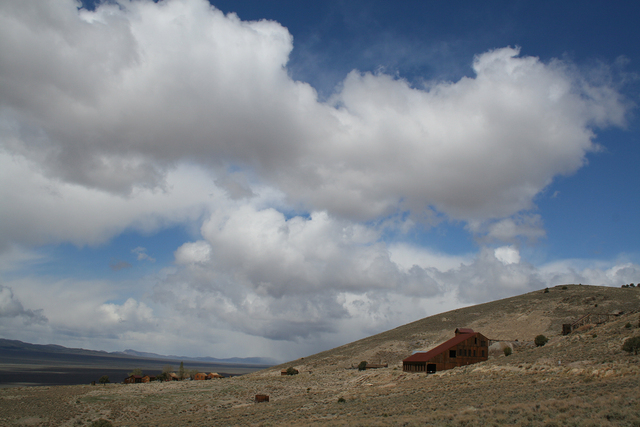 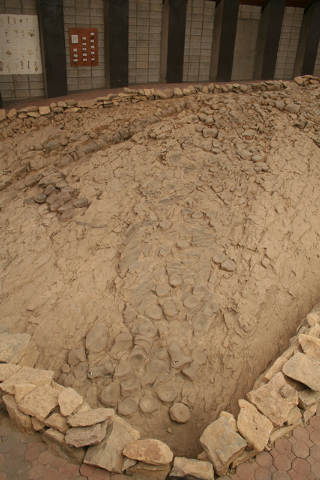 Nevada is home to 23 state parks, the majority having a unique feature. But Berlin-Ichthyosaur State Park is in a class of its own, as it not only features an extremely well-preserved historic mining town but also remains of the ancient ichthyosaur (pronounced ICK-thee-o-saur), our state fossil.

It lies a couple of hours’ drive north of Tonopah on the western edge of the Shoshone Mountains, a remote place that most people would describe as the middle of nowhere. Even so, it’s worth visiting at least once in your travels. And summer is the logical time to do it, as elevations in the 1,540-acre park range from 6,840 to 7,880 feet, offering agreeably cool temperatures in summer. Late fall brings bitter cold, and road conditions sometimes make winter visits impossible.

On arriving in the park you will be in the Berlin Townsite area. In 1863 prospectors discovered the Union Ledge, the first major ore body in this area. With other good finds the area was organized as the Union Mining District, and the Berlin Mine was added in 1896. All was well at this camp until 1908 when labor disputes and low yields took their toll. By 1911 Berlin was all but a ghost town.

The best way to enjoy the town site is on foot, taking a self-guided tour of more than 70 historic sites and buildings. They are identified by interpretive plaques along well-worn trails. The most prominent structure is the Berlin Mill. If you peek inside the building you will see the remains of a bank of stamps, separating tables and other artifacts. The mill once housed 30 stamps, a crusher, four steam engines and five boilers.

To help preserve the ghost town, buildings can be viewed only from the outside.

After you tour Berlin, head up the gravel road 1.7 miles and you will arrive at the covered quarry site of the ichthyosaurs. Along the way you will come to the town site of Union, which once boasted a school, a town hall, a mill, a saloon and many homes. Much of this town has vanished into ruins, although there is a short interpretive trail with plaques here as well.

Continue on up the road to the shelter site of the ichthyosaur fossils, signed and located on your right. The fossils were discovered in 1928 by a professor from Stanford University, yet excavation work wasn’t begun until 1954.

Ichthyosaur fossils have been found on every continent but Antarctica. But the ones here, reaching 50 feet in length, are some of the largest specimens in the world.

Ichthyosaurs were ancient marine vertebrates that lived in the ocean that covered central Nevada more than 200 million years ago. The site contains the remains of nine ichthyosaurs, and many segments are visible. Some of the fossils are skulls, jaws, backbones, flipper bones, tailbones and even a well-preserved rib cage.

Summer tours of the fossil shelter run about 40 minutes and are available through Labor Day at 10 a.m. and 2 p.m. daily, with a noon tour added on Saturdays and Sundays. If you can’t take a tour, there are viewing windows.

Tours of the nearby Diana Mine run at 11 a.m. and 1 p.m. Fridays, Saturdays and Sundays; these require reservations.

With lodging being a couple of hours away, if you plan to stay in the area, then camping is the best choice. There are 14 roomy sites, great for tents and some that can accommodate RVs as much as 25 feet long. Sites have barbecue grills and fire pits, covered tables and, from mid-April to October, drinking water. With our dry conditions in the West it is always advisable to call ahead about possible fire restrictions.

For reservations or information, call 775-964-2440 and/or visit the website parks.nv.gov/parks/bi.