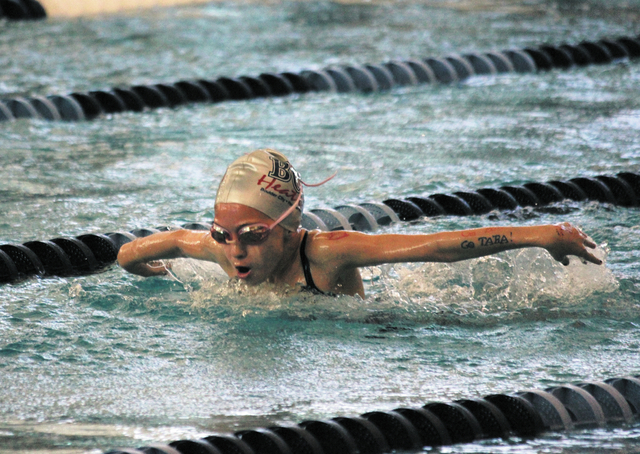 Heatwave head coach Michial Polk was not only impressed by his senior-level swimmers at the Nevada State Short Course Swimming Championships, but he also smiled happily as several of the younger swimmers took center stage in their age-group competitions.

The Heatwave, with 248 swimmers entered in the four-day event, was successful in several age groups in the boys and girls competitions Nov. 11 at the Heritage Park Aquatics Center in Henderson.

“We had many great swims at the state meet and a few came from the younger swimmers and that is good for our future,” Polk said. “It was the largest Nevada State Championships meet ever and the first one run at the Heritage Park Aquatics Center but the younger swimmers were not intimidated. They went out and swam well.

“They need to continue to work hard and plan for success in the upcoming regional championship meet for the 14-and-under Junior Olympics in January and the Southern California Swimming Age Group Championships in February.”

In the 5-8 age group girls’ competition, Tara Higley and Sydney Selinger excelled for the Heatwave.

Mandy Gebhart and Abby Sauerbrei swam well in the 13-14 age group in the girls’ competition.