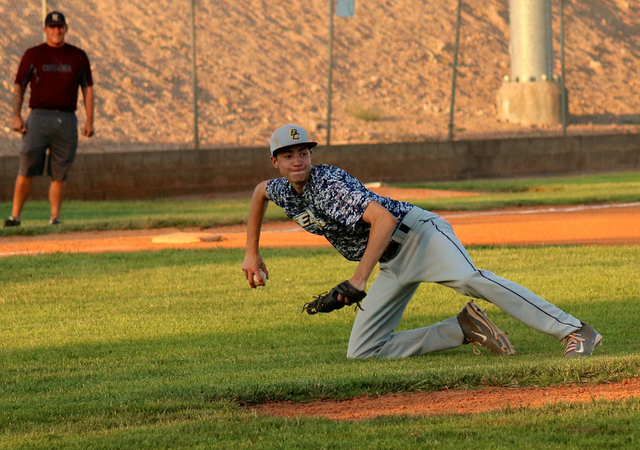 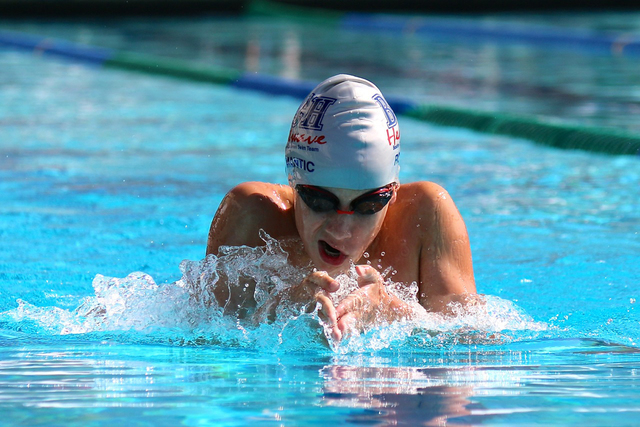 The Boulder City Connie Mack summer league 18 and younger baseball team is on a two-game winning streak as it heads into the weekend.

Boulder City lost the first game 2-1, but came back in the second game to defeat the Toros 10-4

In the first match, Mike Morelli was 1-for-3 at the plate, with one RBI and a walk.

In the second game, Nolan Desantis had three RBIs and a walk, going 3-for-4 at the plate. Teammates Kodey Rahr and Steven Mull both were 1-for-5 with a RBI.

Austin Shepard pitched five innings, allowing seven hits and four walks with four strikeouts. Mull came in as relief pitcher only allowing one hit, a walk and throwing three strikeouts in one inning.

Preston Van Diest went 2-for-4 with one RBI, while Wagner was 1-for-2, with two RBIs.

Today, the Eagles have a 7 p.m. game at Arroyo Grande against the Falcons.

Over the weekend members of the Boulder City-Henderson Heatwave traveled to Irvine, Calif., for the 2015 NOVA/Southern California Swim June Age Group Invitational.

Many swimmers from Boulder City and Henderson finished high in their categories, swimming faster than their seed times.

In the girls 15-18 800-meter freestyle relay, BCH Heatwave’s A team finished first with a time of 8:33.034. That team consisted of Alex Hubel, Rori Conners, Victoria Navarro and Abby Richter.

Hubel also placed second in the girls 15-18 400-meter medley relay, with Elizabeth Clinch, Richter and Navarro. The A team finished with a time of 4:31.35.

Nick Lara participated in the boys 15 and over 200-meter individual medley, placing fifth with a time of 2:16.84. He also placed sixth in the boys 15-18 800-meter freestyle relay A team, 8:21.98, with Kaden Jesperson, Jake Chir and Alexander Johannessen.

Mason Romantic placed sixth in the boys 13-14 800-meter freestyle relay with Gabriel Weber, Paco Cuevas-Gutierres and Brooks Martin. The A team finished with a time of 9:06.06.

This weekend, the Heatwave will participate in the Mission Viejo Swim Meet of Champions in Mission Viejo, Calif. The event is for qualified national training group swimmers.