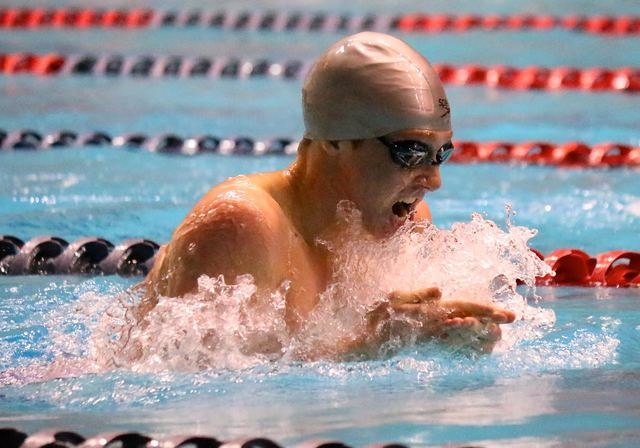 Sauerbrei competed in three events, competing for his first time in USA Swimming junior nationals. He swam personal bests in all three events in addition to advancing in national cuts in short-course yards in the 200 butterfly and 400 individual medley.

Hubel, a senior who has signed a national letter of intent to swim at UCLA next year, qualified in four events. It is the fourth consecutive year that she has qualified to swim at USA Swimming’s Speedo Winter Junior Nationals.

The senior said the highlight of her meet was the 200 freestyle where she qualified in preliminary races by placing 24th out of 145 athletes. In the finals that evening, she improved her time and climbed another six places to finish 18th overall with a time of 1:49.17.

Lloyd, competing in her first USA Swimming junior national meet, swam the 200 freestyle and the 100 and 200 backstroke. She recorded three personal best times and finished 43rd in 200 backstroke with a time of 2:01.27. She was seeded 73rd out of 131 swimmers in the event but improved by 30 spots.

“For her first junior nationals, Montana did a very good job,” her coach, Bob Carroll, said.