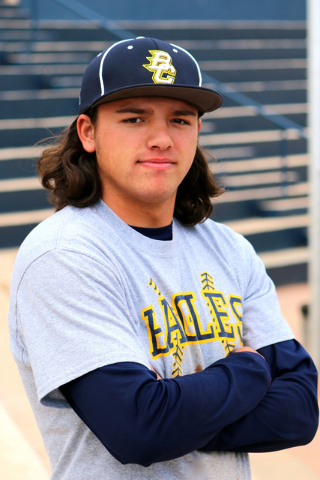 Each week the coaches at Boulder City High School nominate an athlete to spotlight for contributions made to his or her team. This week’s honoree is junior Preston VanDiest, who is a pitcher and plays first base for the school’s varsity baseball team. Coach Bobby Reese said VanDiest played a key role in the Durango Classic during spring break, was 8-for-13 with two walks, 4 RBIs and three runs, as well as pitching five innings and giving up only two earned runs. The Eagles won two and lost two games during the tournament. He is the son of Maria and Ron VanDiest.