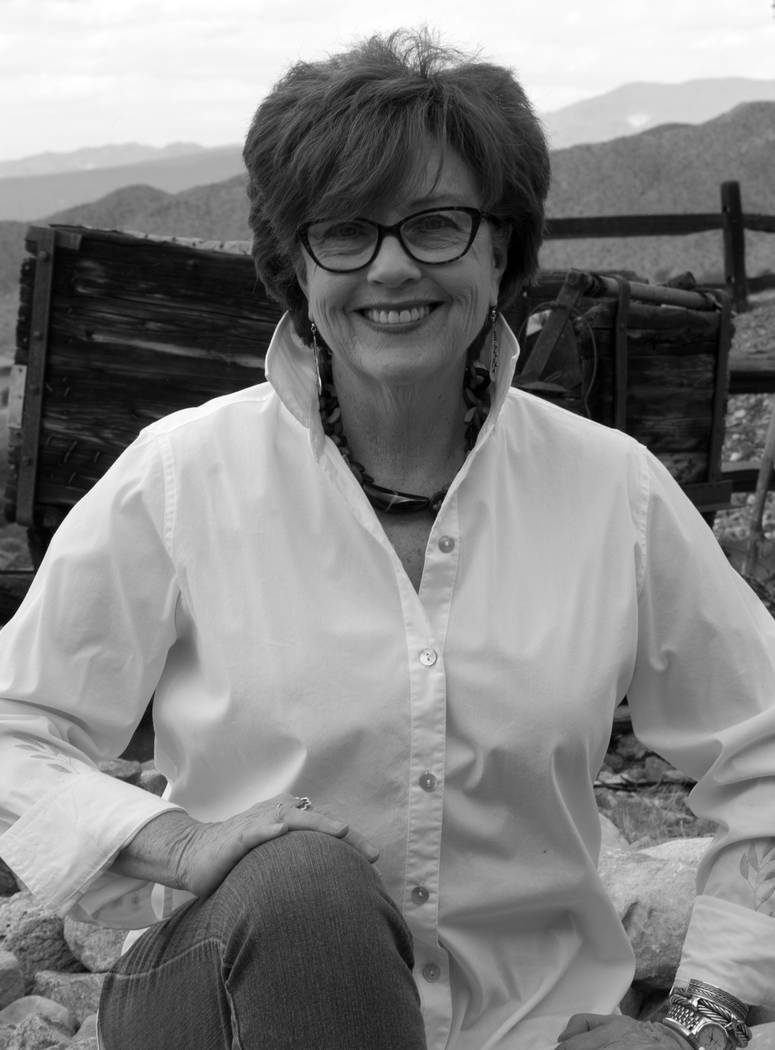 Growing up in Pioche, Nevada, hearing stories about miners was commonplace for Karen Wilkes. After all, her grandfather had been a miner and she was childhood friends with the children of miners.

Years later, she is giving those miners a voice and telling their stories in her new book, “Trampin’ In, Pard? Nevada Miners Then and Now.”

“I wanted to tell the story of the guys who made the state what it is,” she said.

The Boulder City resident said she also couldn’t find any other books about the miners, though she did find some about the industry. She said she hopes this helps elevate the history of the state, and mining in particular, to those new to the state through the miners’ stories.

“Many people don’t know how important mining is to the state,” she said.

A cave-in at the Caselton mine in 1953 that killed miner Jack Brown when she was 7 years old prompted Wilkes to begin researching the topic.

She said she was inspired to write the book after wanting to know what really happened in the mine that day.

“My foremost goal for writing the book was to honor the miners of Nevada as a whole, by honoring the life of one of their fallen, Jack Brown,” she said. “I felt that as the granddaughter of a Nevada miner and as a witness to the events of the No. 1 mine cave-in in Pioche that I could tell the story. More importantly, I felt I had an obligation to tell the story to the best of my abilities, as no one in the state had done so up to this point.”

Divided into four sections, each devoted to a miner from a different era, her book reads much like her research, where one story prompts a search for another, following the miners’ lives and histories much like the meandering minerals they pursued.

Brown’s story begins the book. She then tells the stories of her grandfather, Roscoe Hamilton Wilkes, friend Paul Barnes Jr., who is embroiled in a fight for his rights to potassium tailings at Silver Peak, and Jordan Hale, who is currently mining the Carlin Trend in northeastern Nevada.

She said by focusing on specific people she hopes readers can identify with the miners and their work, making the experience of reading more personal and less like delving into a textbook or reference material.

“It is my hope that by bringing people in, making people love my miners, they would also understand the profession.”

Wilkes has lived in Nevada for most of her life, the last 23 years in Boulder City. She graduated from the University of Nevada, Reno, with a degree in English and minor in history. Her husband, Darryl Martin, illustrated the cover for her book.

“Trampin’ In, Pard?” is her third book. The first two were short histories of people affiliated with her church.

She said she self-published the book in order to maintain her voice, as well as those of the miners she features in its pages.

She said reports featuring questions and answers from miners regarding incidents gave her insight into their language and mannerisms. She compared the book to reading a journal.

Wilkes debuted the book at Thompson’s Opera House in Pioche over the Labor Day weekend, and said response has been good so far.

She has planned a book signing event for 3-5 p.m. Sunday, Oct. 1, at the Boulder Dam Hotel, 1305 Arizona St., where she will have copies of her book available for sale.

The book also is available on Amazon.