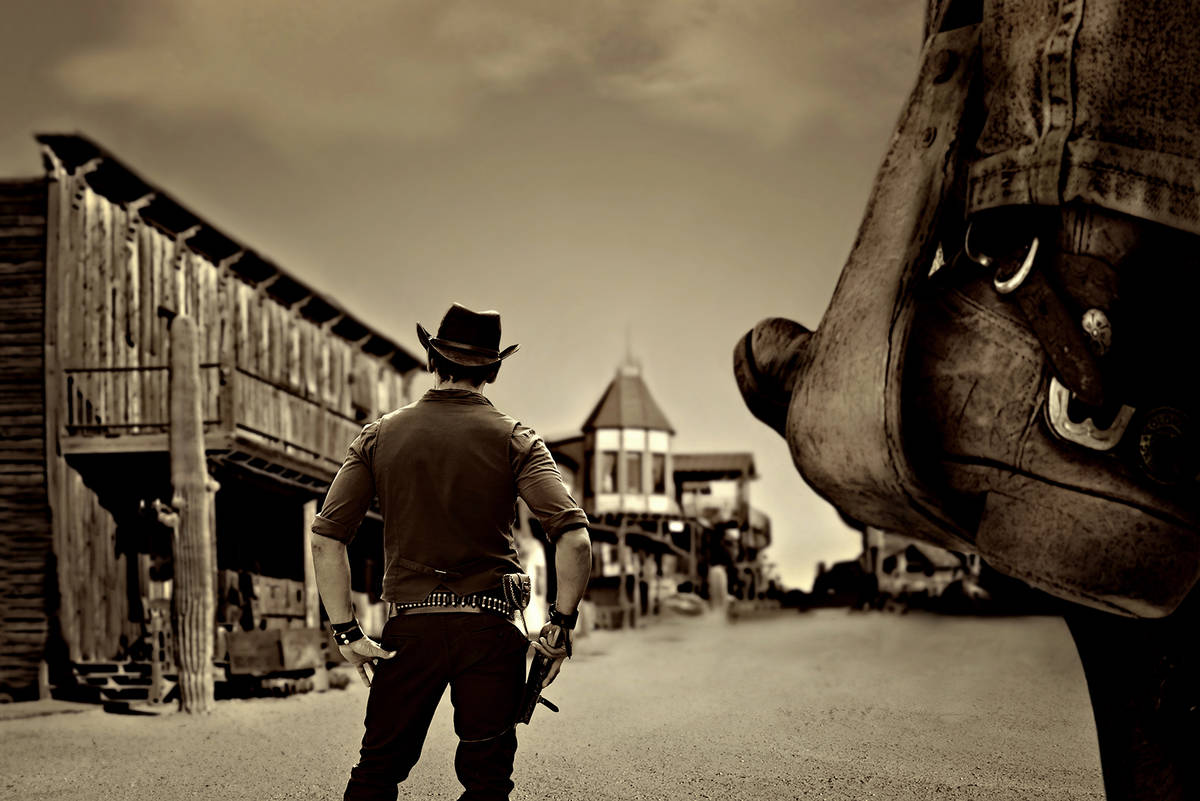 As the mining industry prospered around Pioche, claim jumping became a reoccurring problem. Mine owners resorted to hiring professional gunmen — “roughs,” or “toughs” as they liked to be called — to protect their investments. It was not uncommon to see the stagecoach arrive with men who had more than one notch on the handle of their favorite sidearm.

Historians such as Leo Shaffer, Dan Ashbaugh and professor Phillip Earl note that “these men simply laughed at the local sheriff.” He was likely being paid off anyway, about $40,000 annually, to ignore the many shootings that took place. Juries for trials were often guarded, but often got paid off as well. Sometimes in rather ingenious ways, too. Historians note that in one particular instance, the jury was bribed by both the prosecution and the defense.

Published reports in the Pioche Record say the firm of Raymond &Ely, one of the largest mine owners, imported hired toughs to watch over their properties. One such man was Richard Moriarty, alias Morgan Courtney.

He was a fugitive from a murder charge in Virginia City. But no one in Pioche knew his real name or of the charges against him, so Courtney could live as he pleased.

In a short amount of time, Courtney had developed a reputation as a “gentleman tough.” He became a “well-dressed, man-about-town, attired in spotless white linen suits, pick-pointed boots, clean fingernails, beard neatly trimmed, and a fair hand with the ladies.” And he was also pretty good with a gun.

(A side note: None of the gunslingers of the Old West would have even had the slightest chance against the late Bob Munden (1942-2012) of Butte, Montana. He was the world quick-draw champion for a number of years. He could hit two targets, 15 feet away, 10 feet apart, in 1/300th of a second. You can’t even blink that fast.)

When a dispute arose between two competing mining operations, Raymond &Ely and the Newland Brothers, the brothers brought in a gang of gunmen from White Pine (later Ely) and claim jumped the Raymond &Ely mine. Armed guards were posted 24/7, and wooden barricades were erected to keep the Raymond &Ely employees out.

Historians say the Pioche sheriff advised the owners “to let well enough alone.” Raymond &Ely were furious. So they turned to Morgan Courtney for his help.

Assessing the situation and noting that the heavily armed Newland gang held the high ground, he realized that a straight-on frontal attack would be “plain suicide.” A good plan was called for. Courtney came up with one.

As reported to the Nevada Historical Society in 1908, Charles Gracey, a young mining engineer at the time, was an eyewitness to the following events. According to Gracey, Courtney joined forces with three other young toughs: Michael Casey, Barney Flood and William Bethers. They made arrangements to have a large shipment of “very fine whiskey” delivered, supposedly by mistake, to the Newland bunch behind their man-made fortress. The delivery was readily accepted.

Earl wrote in his account, “Sounds of song could be heard coming down the breeze from behind the big barricades.”

At 3 a.m., Courtney and his friends rushed the ramparts and stormed over the walls with six-guns blazing.

Gracey reported, “They drove the others out and away from their arms. I heard the shots and saw one man fall, Snell by name, and I saw Casey take a rifle and knock down a man with it.” The defenders were caught off guard, too drunk to know what was happening.

Snell was the only fatality in the fight. Ten were wounded, including Courtney, but not seriously. “Two others,” Gracey said, “were thrown down a 70-foot-deep shaft.” No report on their fate.

Raymond &Ely reclaimed the mine. Courtney and his friends were rewarded with the right to work the mine themselves for 30 days, keeping all that they found.

Papers filed in the county recorder’s office in Pioche show that Courtney and his men obtained $15,000 each from their operations and, for the most part, sold the ore back to Raymond &Ely.

Thus, and very definitely, whiskey played a big part in the outcome of this event, which is just one of the many colorful stories to be found when you go in search of Nevada’s Yesteryear.