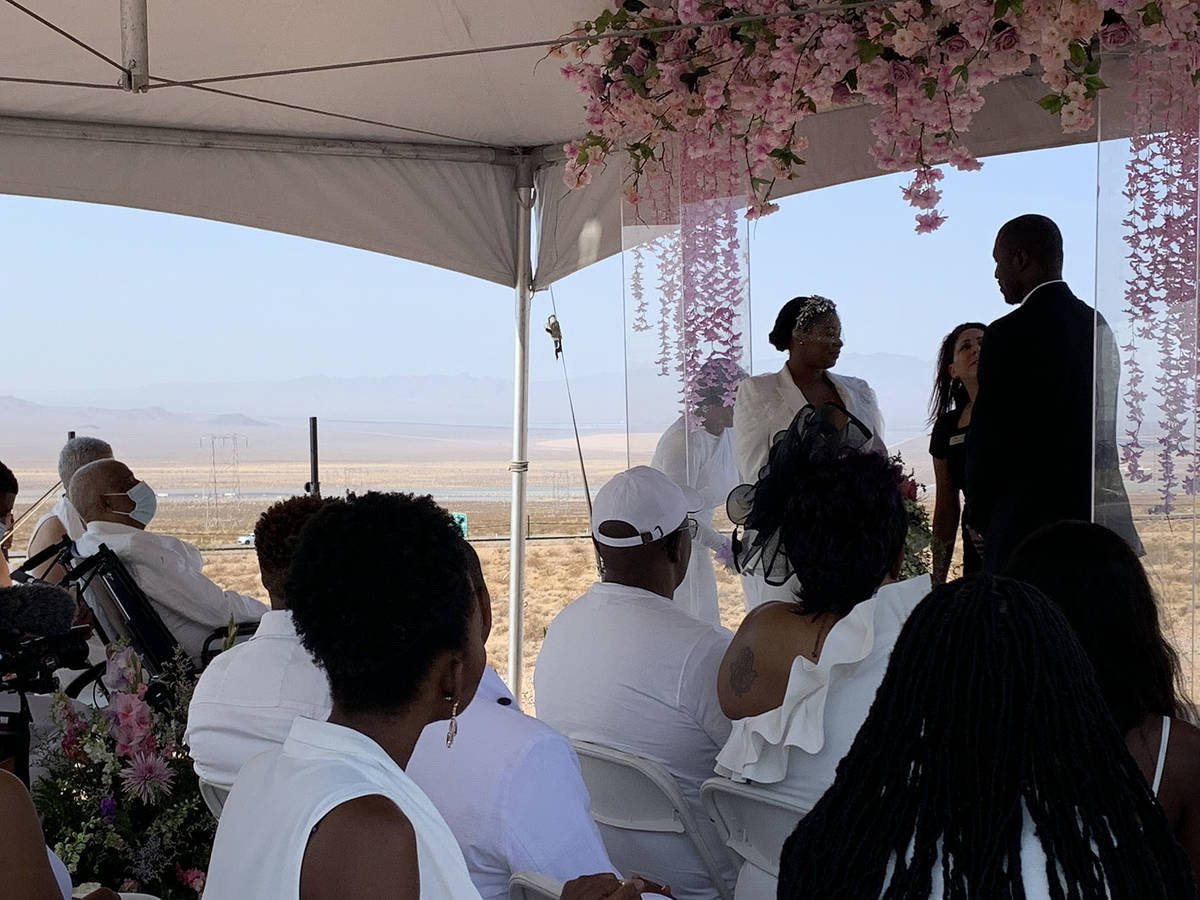 (Hali Bernstein Saylor/Boulder City Review) Arabia Umrani and Marius Chawa of Atlanta, Georgia, exchange vows under a tent outside the Southern Nevada State Veterans Home on Saturday, July 17, so that the bride’s father, Ronald Umrani, at left, a resident of the facility, could attend. 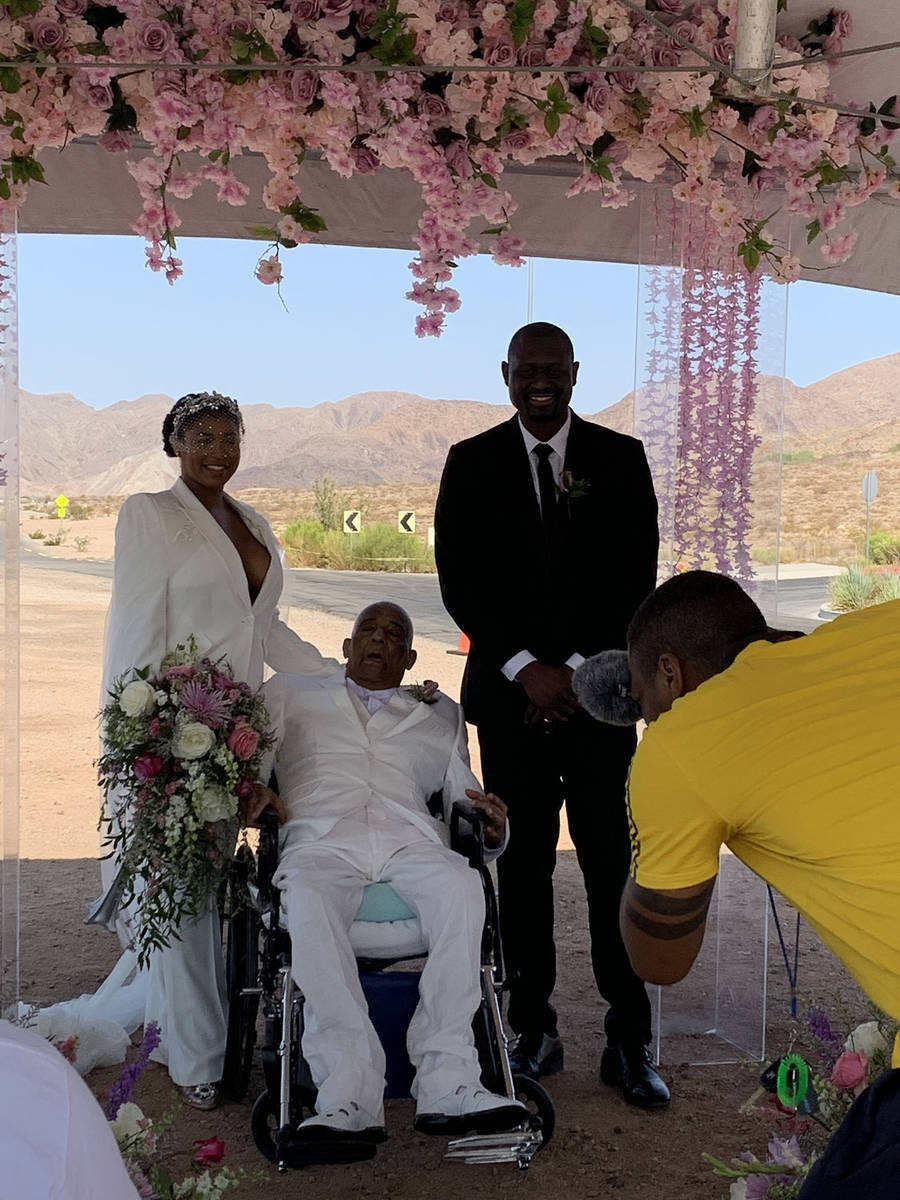 (Hali Bernstein Saylor/Boulder City Review) Newlyweds Arabia Umrani and Marius Chawa pose for a photo with the bride’s father, Ronald Umrani, who lives at the Southern Nevada State Veterans Home. The wedding was held Saturday, July 17 on a dirt patch outside the veterans home so that Ronald Umrani could attend.

Saturday, July 17, morning’s wedding of Arabia Umrani and Marius Chawa was no exception. About 40 people gathered to watch them exchange vows and become united in marriage.

But what made this wedding so special was its location: a small dirt patch outside the Southern Nevada State Veterans Home.

The bride’s father, Ronald Umrani, is a resident of the home and was unable to travel to Atlanta, Georgia, where Arabia Umrani and Chawa live. So, they brought the wedding ceremony to him.

“It was the most special moment I ever had in my life,” Arabia Umrani said.

Held under a white tent decorated with flowers in shades of pink and lavender, Arabia Umrani and Chawa exchanged their vows during a short ceremony with her father sitting in a wheelchair in the front row. Like all the other guests in attendance, he was dressed in all white.

He was able to stay for the entire ceremony and join the family for photos before the rising temperatures became unbearable and he was taken back into the veterans’ home.

As they took family photos, the bride dabbed away tears of joy about being able to share this special moment with her father.

“It was the most perfect experience I ever could have imagined,” Arabia Umrani said.

She said she was especially grateful to the veterans’ home and city for helping her and allowing her father to attend.

Chawa said they had originally planned to have a much larger ceremony in Atlanta. However, between COVID-19 and Ronald Umrani’s health, they felt it was more important to make sure he could be involved.