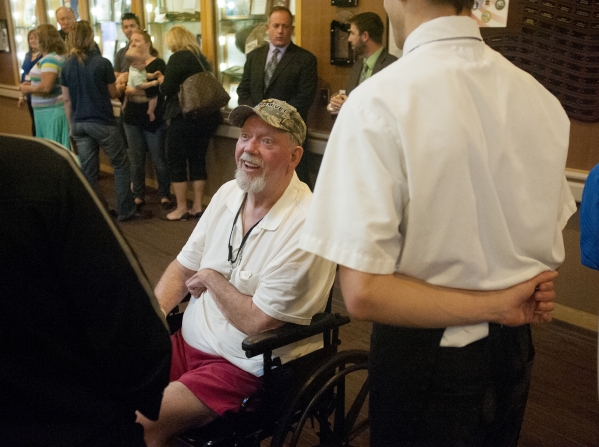 The Nevada State Veterans Home in Boulder City was recently recognized for its meritorious services by HealthInsight, a private nonprofit community organization that reviews and recognizes Medicare-certified providers for demonstrating high-quality health care.

HealthInsight gave the veterans home its Quality Award for reducing its numbers of potentially avoidable hospitalizations.

According to veteran’s home Administrator Mark McBride, staff made sure incoming patients were on the right medications and proper procedures were being met so they wouldn’t have to be readmitted to the hospital.

“The hospitals are penalized for readmissions within 30 days, so they’re working with the hospitals they received referrals from to make sure that doesn’t happen,” Donna Thorson, project coordinator for HealthInsight, said of Nevada State Veterans Home staff.

The hard work performed by staff, McBride said, has resulted in fewer incoming patients having to be sent back to the hospital. The veterans home has 180 beds.

“It all boils down to that quality care,” he said.

The veterans home had to finish in the top 25 percentile of nursing homes throughout the country in order to be eligible for the award, Thorson said. A facility also must not have any deficiencies in its last Medicare survey to be eligible, and it must submit information about a quality service improvement it completed within the past year.

The veterans home finished in the 80th percentile of health care facilities across the country, according to data provided by Medicare.

“We’ve done an excellent job not needing to ship residents out,” McBride said. “We’d rather keep them here.”

Thorson said there were six state facilities eligible for the award, but only four chose to apply. HealthInsight has been recognizing Quality Award winners since 2004.

The Rosewood Rehabilitation Center in Reno, South Lyon Medical Center in Yerington, and Highland Manor of Mesquite were the other three facilities recognized.