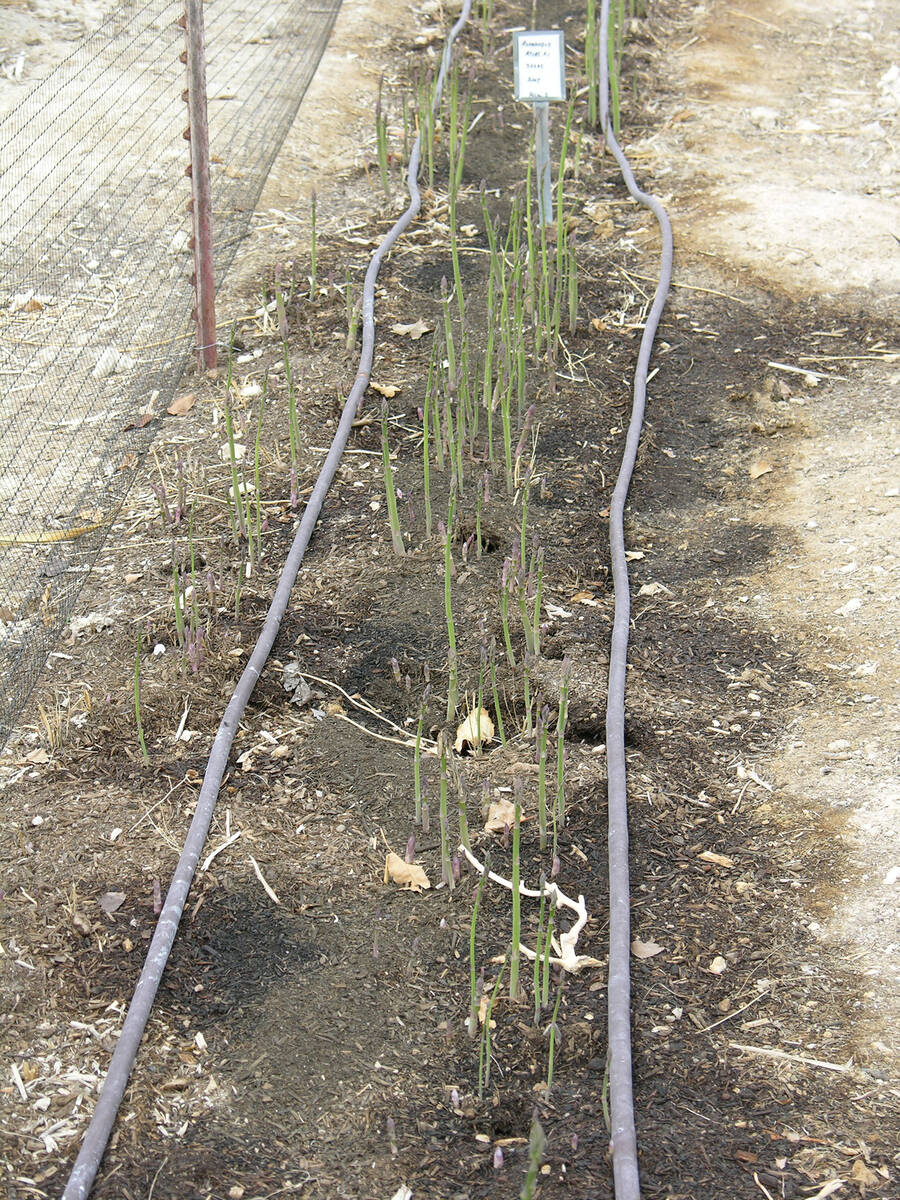 (Bob Morris) Asparagus are starting to emerge from an area where compost had been applied. 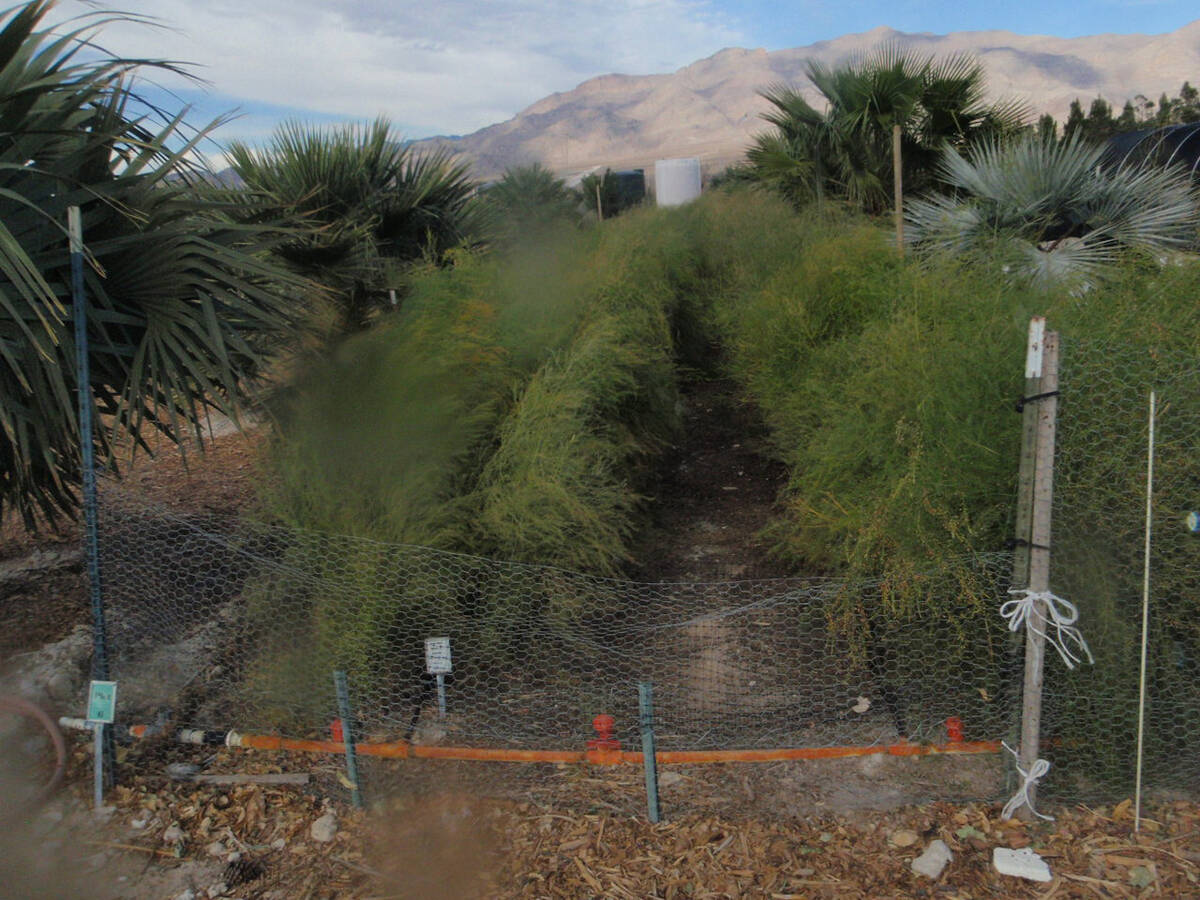 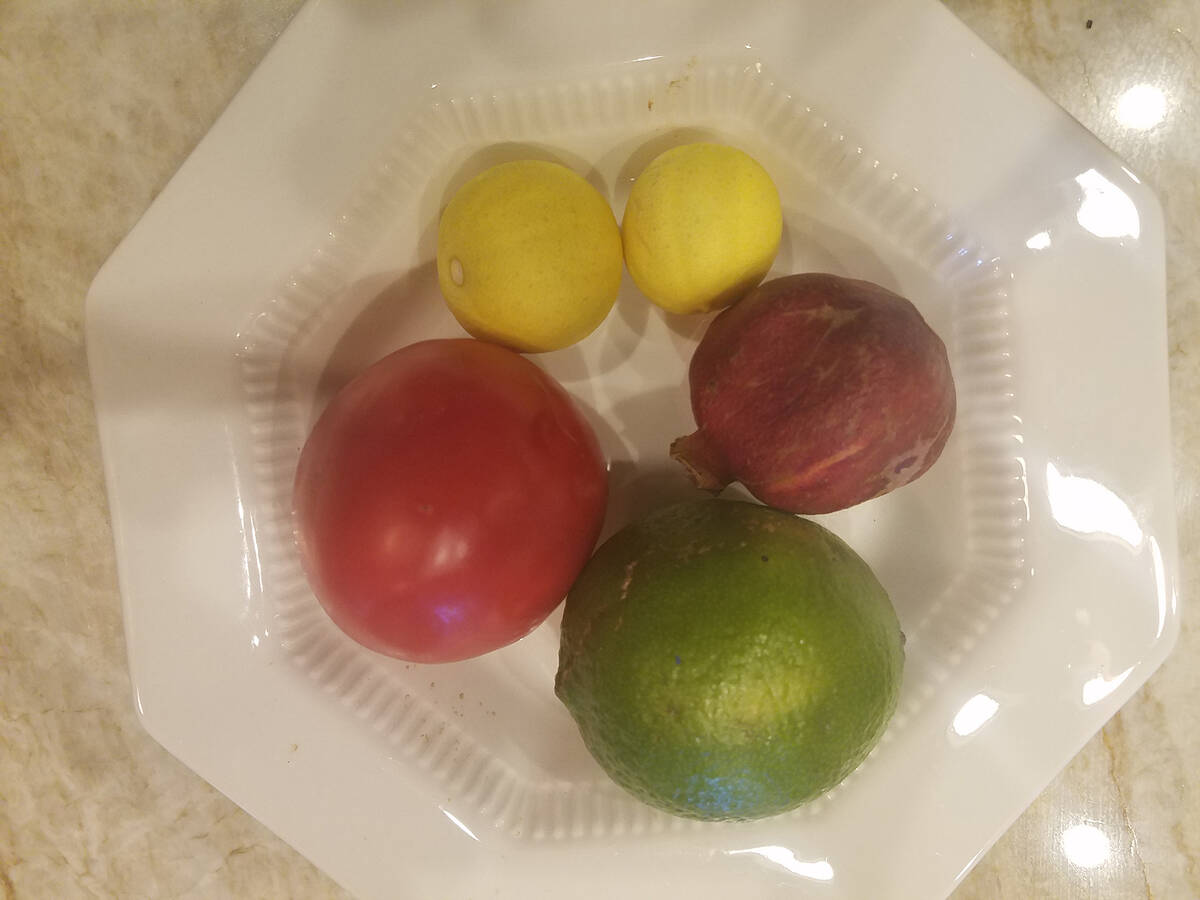 (Bob Morris) Two small Bearss limes, at top, are smaller and more yellow than the store-bought lime at the bottom of the plate.

The “inputs” for a normal farm (light, air, water, fertilizer) now becomes the farmer’s responsibility, not Mother Nature because the farm is disconnected from Mother Nature. Hence the need for automation. Once a vertical farm is installed, these previously free “inputs” are considered “operating costs.”

If you were to live inside of a vertical farm, the temperature would be constant year-round, LED lights would go off and on at predetermined times, plants would be stacked upon each other, pulses of fertilizers would come and go, and irrigation might be hydroponic, aeroponic or traditional. All these factors would be sensed and controlled by an electronic “brain” that controls the entire system.

Ten years ago, vertical farms successfully grew many types of leafy green vegetables like lettuce, spinach and arugula. Just as in home gardens, fruiting crops like tomatoes, squash and raspberries were more difficult to grow. There is some discussion in academic circles whether crops grown in vertical farms aimed at “feeding the world” should be the higher-value horticultural crops or staples like multiple crops of wheat but with 70-to-80-day turnovers.

Vertical farming has a future, but what that future is remains to be seen.

Q. I’ve been getting emails about preparing asparagus for winter. They recommend cutting the stems 2 inches above the ground, then apply compost, then mulch. Is that what I should be doing to get the plants ready for winter?

A. That’s not what I liked to do with asparagus. I found that 2 inches of “stubble” created by cutting the stems above ground interfered with my work getting ready for next year’s spring crop. I preferred to cut this woody stem growth about an inch below the soil surface with a thick knife or asparagus knife around Jan. 1. If we have a cold winter, these stems (called fronds) freeze and turn yellow. With a warm winter they stay green.

Don’t reapply asparagus stems as a mulch to your old asparagus bed or to any vegetables due to allelopathy. I would burn it instead.

Regardless of how they appear in the winter these ferns still need to be cut back to get ready for next year’s production. After they are cut, a fertilizer such as rich compost or regular compost plus a mineral fertilizer high in nitrogen, needs to be applied.

Bare soil warms up faster than a cold winter soil covered in mulch. A warmer soil means an earlier asparagus spear harvest. If you can keep an eye on your asparagus emergence, then apply the mulch when you first start seeing spears if you want early production, and not earlier than this. Next year’s production can start as early as January. If you want production later in the spring, then mulch them immediately after you apply the compost or manure.

Q. I have a Bearss lime tree that produces small fruit that look more like lemons than limes. What can I do to make them larger and not yellow but green?

A. Your Bearss lime is classified as a type of Persian lime or sometimes called Tahiti lime. It’s different from other types of limes so make sure you are comparing the same varieties. The fruit normally gets between 2 and 2½ inches in diameter. To get large fruit requires removal of about one third of the fruit in about April in a growing operation called thinning.

Limes take three to four months to become ripe. Because the fruit size is smaller than some other citrus, it is harvested earlier, usually sometime in late summer or fall. But if it flowers and sets fruit later in the spring or early summer, then the fruit is ready to pick later as well.

When the fruit is overly ripe it turns yellow, and the interior flesh slowly becomes drier. The color of the fruit is normally green: dark green when it’s young and turning a lighter green as it nears its harvest time. It’s important to remove it from the tree before it becomes overripe or yellow.

You know the risk involved when growing tender, subtropical citrus in Las Vegas? The perfect climate in the United States for growing citrus is found at the lower elevations in Southern California; Salt River Valley, an area around Yuma, Arizona; lower Rio Grande Valley in Texas; and the bottom half of Florida. I’m not against growing citrus here but realize its limitations when grown in this climate. Don’t blame the nursery. You bought it.

Q. I wrote to you before about my plants and you said to move them to a cooler location. You also said that if they were healthy, they can take a hotter location. I don’t want to move these plants, so can I improve their health and not move them? What about a different irrigation strategy?

If the plant originates from cooler climates but can handle the heat, it performs best if it’s planted in the cooler parts of a landscape. It performs best planted on the east side of the landscape so it gets shade from the hotter late afternoon sun.

All plants benefit from some amount of structural amendment (think compost) added to the soil at planting time. The amount of amendment should vary from 10 percent to 30 percent (one in 10 shovels full vs. one in three). Desert plants from the Southwest benefit from the 10 percent soil improvement but plants that originate from nondesert countries benefit from 30 percent. Throw in a couple of handfuls of high-phosphorus fertilizer as well.

Q. Being I have several neglected outside plants that need attention, I cleaned their dead growth and replaced any soil missing with new potting soil. Is it safe to fertilize and water this time of the year using Miracle Gro and tonic?

A. You didn’t tell me which plants you have, I don’t know which Miracle Gro fertilizer you want to apply, and I don’t know what the “tonic” means. To be on the safe side don’t apply anything to the soil or to the plants until winter temperatures warm up sometime in February or early March.

To be more specific, if the plants are winter tender (freeze above 25 F), then don’t stimulate any new growth with nitrogen fertilizer. Wait it out until spring. Don’t apply any high-nitrogen fertilizers (fertilizers with the highest first number on the bag) until late February or early March. The later you delay applying fertilizers during the winter the better. The same holds true of the “tonic” that you mentioned.