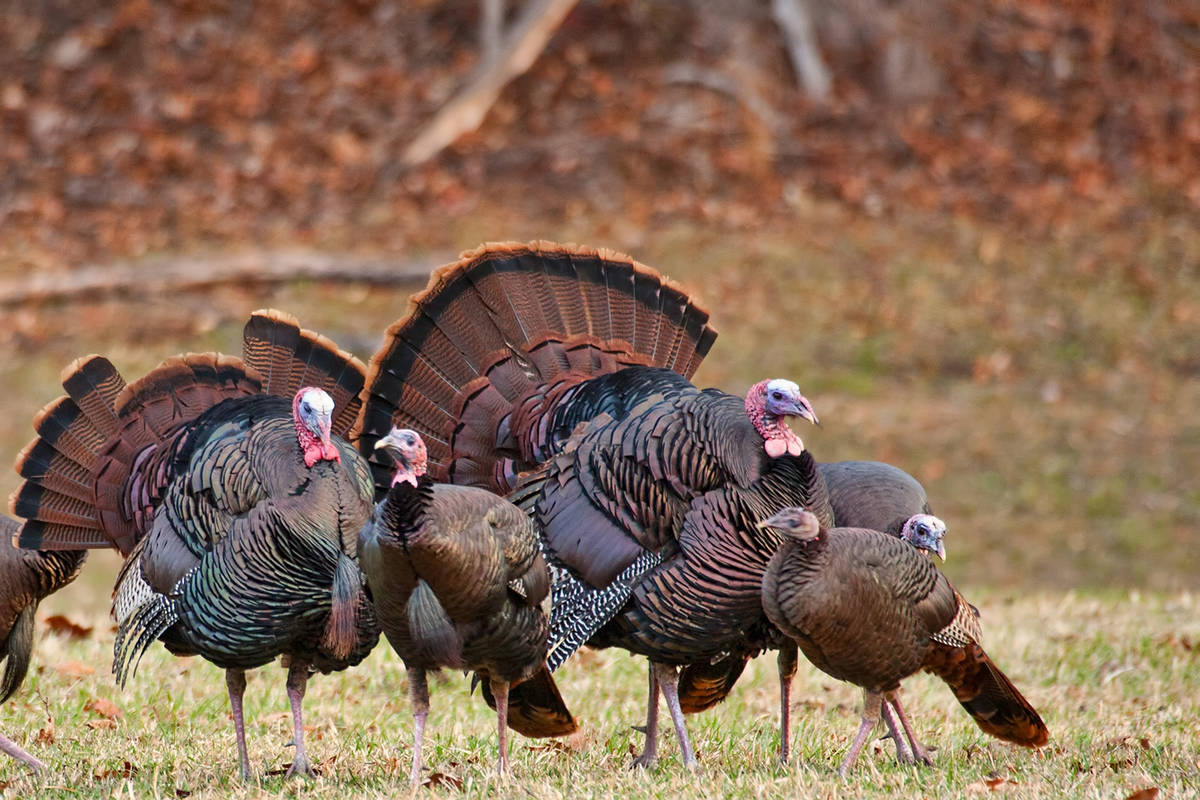 (Getty Images) In 1865, Henry Hooker assembled a flock of around 500 turkeys and drove them from Placerville, California, to Carson City, where he sold them for a healthy profit. 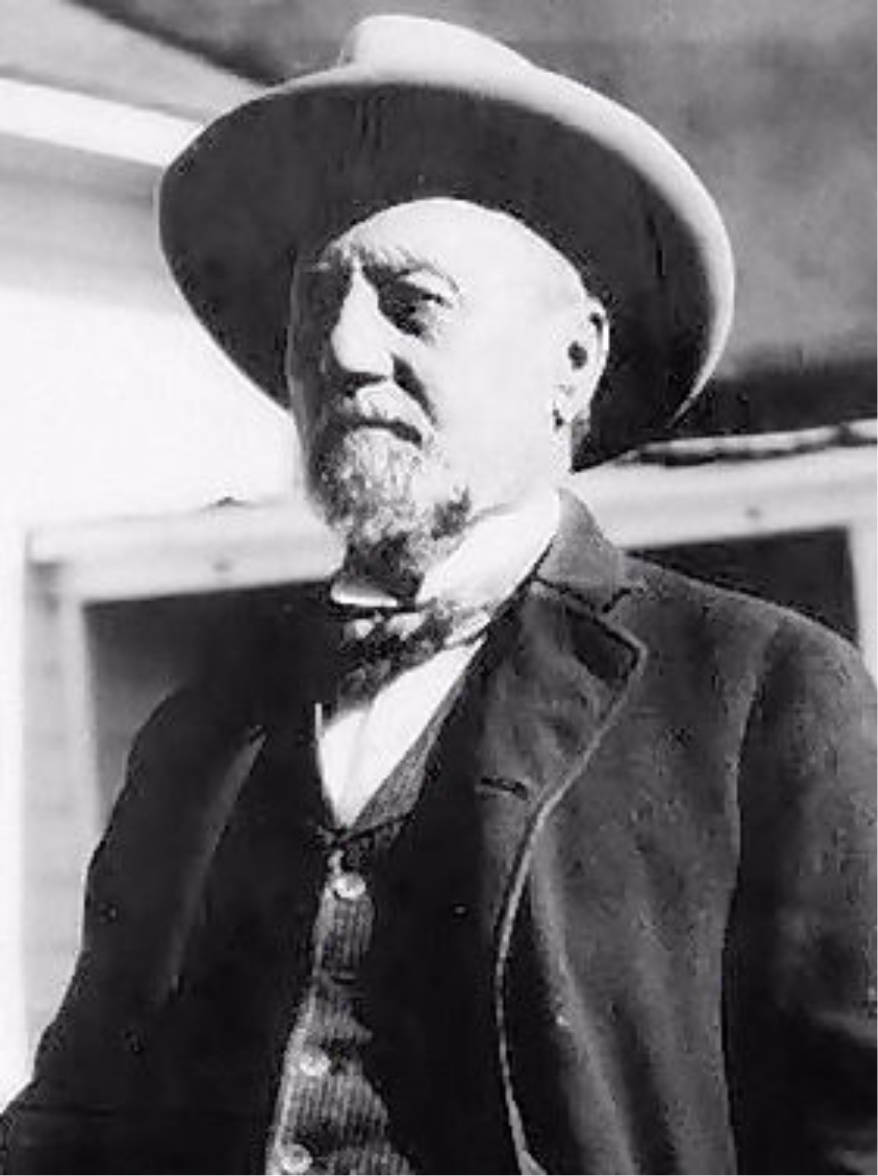 In 1865, Henry Hooker assembled a flock of around 500 turkeys and drove them from Placerville, California, to Carson City, where he sold them for a healthy profit.

Nevada miners in the 1800s lived largely on beef, bacon and beans. Maybe they might get to a larger community or town once in a while for a nice restaurant-style meal, but mostly it was beef, bacon, beans and a little salt pork.

Henry Hooker, originally from New Hampshire, owned a hardware and mercantile store in Hangtown (now Placerville, California) in the days of the early mining boom in California and along Nevada’s Bonanza Road. As a merchant he thought it more lucrative to supply the miners than go out prospecting for himself. And he did rather well at it, too.

Author Alton Pryor states that Hooker was also a “forward-thinking trader, ever looking for a new opportunity.” Knowing that miners, especially those in Nevada and the Carson City area, needed something more for their dinner plate than beans, bacon and hard tack biscuits, he hit upon “the idea of driving a flock of turkeys to Carson City.”

Pryor notes that turkeys “were quite plentiful on the local ranches around Placerville (Hangtown), but scarce in Nevada.” Hooker was confident he could muster a flock and drive them over the Sierra Nevadas, and that it would be a successful venture. Selling the turkeys at a luxury price, he reckoned he would do very well.

Going on a buying spree, he paid local ranchers $1.50 a head for the turkeys and soon had amassed a flock of about 500. One can only imagine the many snide remarks and jokes to be endured to collect his group of gobblers. Thus, with about $750 left, he hired a “herder” and two dogs and bought provisions.

At the time, the distance between Carson City and Placerville was about 60 miles or more and in mountainous terrain. Today, traveling on U.S. Route 50, it is about 88 miles, around two hours time.

Turkeys though, are quite a bit slower than herding sheep. Turkey growers would say “top speed is akin to slow motion.”

Hooker’s dogs and horses barely worked up a sweat. And it was the turkeys that decided where camp would be set up for the night. When the lead gobbler decided to stop, all the others did too, right there.

Pryor, in recounting the story, notes that because there was still snow in the high Sierra Nevada passes, “Hooker walked the turkeys through warm tar then sand to give them extra protection in the snow.”

Eventually, this most unusual looking caravan crossed the summit and headed down into the Carson Valley. Some of the slopes were quite steep and the birds at one point did not want to cross over a given edge and down the steep slope. The dogs barked, chased and stirred up the turkeys so much that all at once they spread their wings and took off in flight, over the ridge, and vanished into the valley brush below.

Pryor writes that Hooker later reported, “I had the most indescribable feeling of my whole life. I thought, Here it is — goodbye turkeys! My finances were at a low ebb; those turkeys were my whole earthly possession. I thought of my wife and my children who were expecting me back with the profits from my venture, all of which appeared to have gone glimmering in a few minutes.”

Where were the turkeys? For sure down among the brush on the valley floor. And soon they began to gobble for the others and regather.

Hooker, his helper and the dogs were able to round them all up and drive them on to Carson City. Imagine what that kind of parade coming into town looked like. He drove the flock through the middle of Carson City and sold them for $5 head, realizing a handsome profit of about $1,750 (nearly $30,000 today).

Returning to Placerville, Hooker packed up his belongings and moved the family near Willcox, Arizona, where he launched a lucrative ranching business on his Sierra Bonita ranch, a spread about 30 miles long and 27 miles wide, roughly 518,400 acres.

He eventually became a key part of the Arizona cattle industry. Hooker even hired William Bonney (Billy the Kid) before he became the famous outlaw and was a strong supporter of the Earp brothers, Virgil and Wyatt.

Henry Hooker died Dec. 5, 1907, at age 79. His tale is just one of the many interesting stories and characters you can find when you go in search of Nevada’s yesteryear.