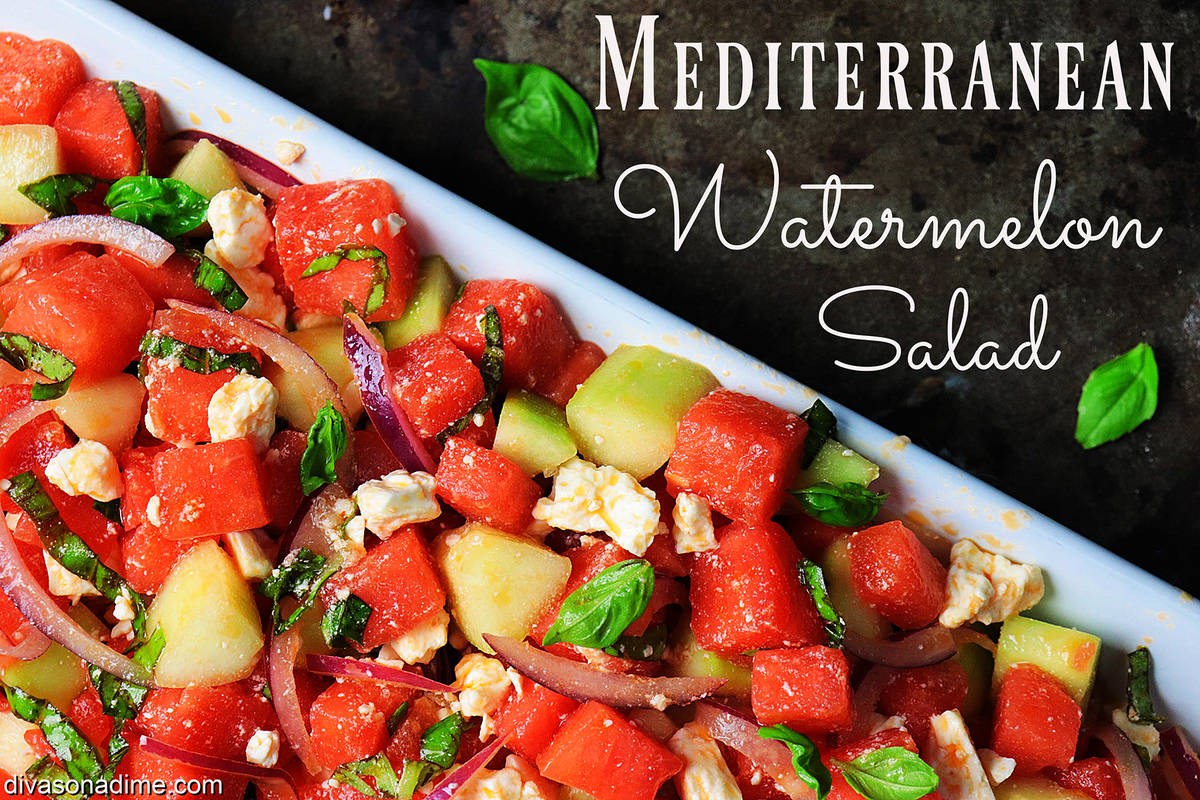 Before summer begins its slow fade into autumn, before the fresh fruits and greens shift to pumpkin spice and steamy soups, let’s pay homage to one of summer’s unsung heroes: the humble watermelon.

Nothing embodies the flavor of summer more than a ripe, juicy watermelon. With Southern Nevada temperatures still hovering hot as Hades, the sweet, bright chilled fruit is just as appealing now as it was in May.

So, I propose we take this end of season, sweet as candy, mammoth out for one more spin before the sun sets on its peak season. So, go to the store and get a watermelon. I’ll wait.

OK, glad you’re back. I’ve rounded up 10 fabulous recipes featuring watermelon. There’s salad and salsa, some are slushy, some are boozy, many involve a blender, and all will make you so happy you have a watermelon right now.

Watermelon ice: Cut watermelon into small cubes. Place in a single layer on a baking sheet and pop it in the freezer. Once frozen, store in a freezer safe zip-top bag. Fill a glass with watermelon ice and top with water, sparkling water, lemon-lime soda or lemonade.

Watermelon mint agua fresca: Place ¼ cup packed fresh mint leaves, ¼ cup sugar and ¼ cup water in a small pot. Bring to a boil and stir until the sugar has dissolved. Set aside until cool, about 30 minutes. Strain the mint syrup into a blender, discarding the mint leaves. Add 5 cups peeled, seeded, coarsely chopped watermelon and ¼ cup fresh lime juice and blend until smooth. Using a fine-mesh sieve, strain into a pitcher; discard solids. Add 2 cups of water and stir well to combine. Serve over ice with mint sprigs.

Three-ingredient watermelon daiquiri: Blend together 4 cups of cubed, frozen watermelon, a big squeeze of lime juice and ½ cup rum. This makes four servings of the easiest daiquiri ever.

Two-ingredient watermelon gelato: Place 5 cups frozen cubed watermelon and 1 cup frozen sliced overripe banana into a food processor and process until smooth. Serve, or pop it in the freezer for an hour or more for a firmer gelato.

Watermelon Italian ice: Place 6 cups watermelon, cubed and seeded, ¼ cup lemon juice, ¼ cup sugar and ¼ teaspoon kosher salt into a blender and blend until smooth. Pour mixture into a 9-by-13 baking dish and put in the freezer. Freeze watermelon mixture until edges begin to set. Use a fork to scrape and break up frozen portions every 20-30 minutes until mixture resembles fluffy shaved ice. It’s like a snow cone only better.

Boozy watermelon granita: Make recipe above (Italian ice) swapping lime juice for the lemon juice and adding ¾ cup rum, vodka or tequila (but not all three, even I have my limits) to the mix in the blender. Proceed as directed above. Serve in martini glasses with a twist of lime.

We’re gonna need more than one watermelon. See you next week.