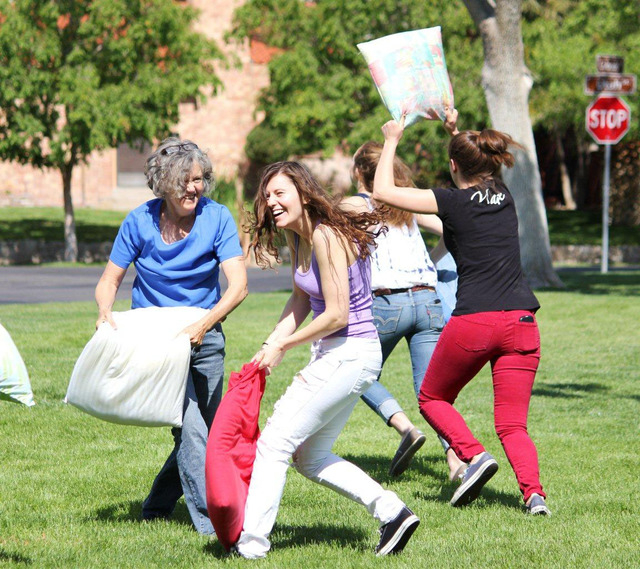 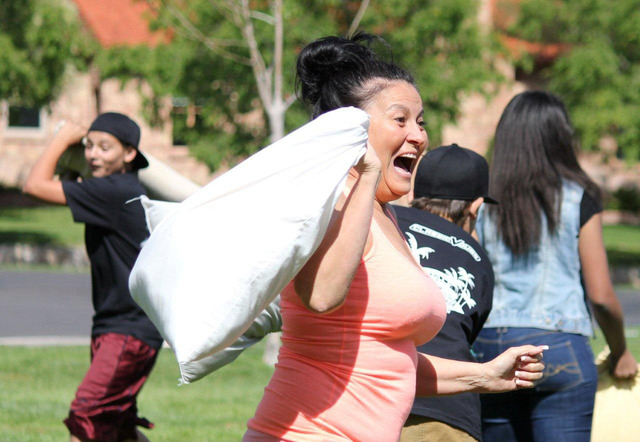 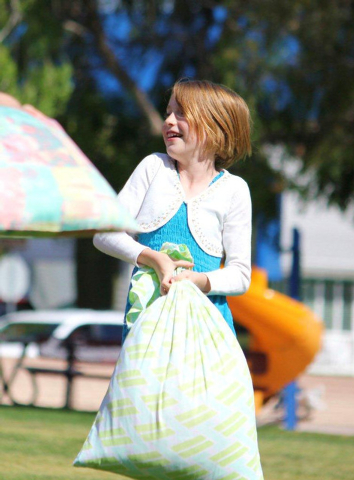 The event was loosely organized by Alexandra Keogh, who had seen a pillow fight in London last year when she was studying abroad. Her father, Justin Keogh, helped organize the event.

The only requirements to participate were to bring your own pillow and have fun. From the smiles on people’s faces during the fight, it appeared that was easy to do.

Pillow fights have been held internationally since 2008 as part of the urban playground movement, which was created to encourage people to engage in noncommercial public events and more social interaction.