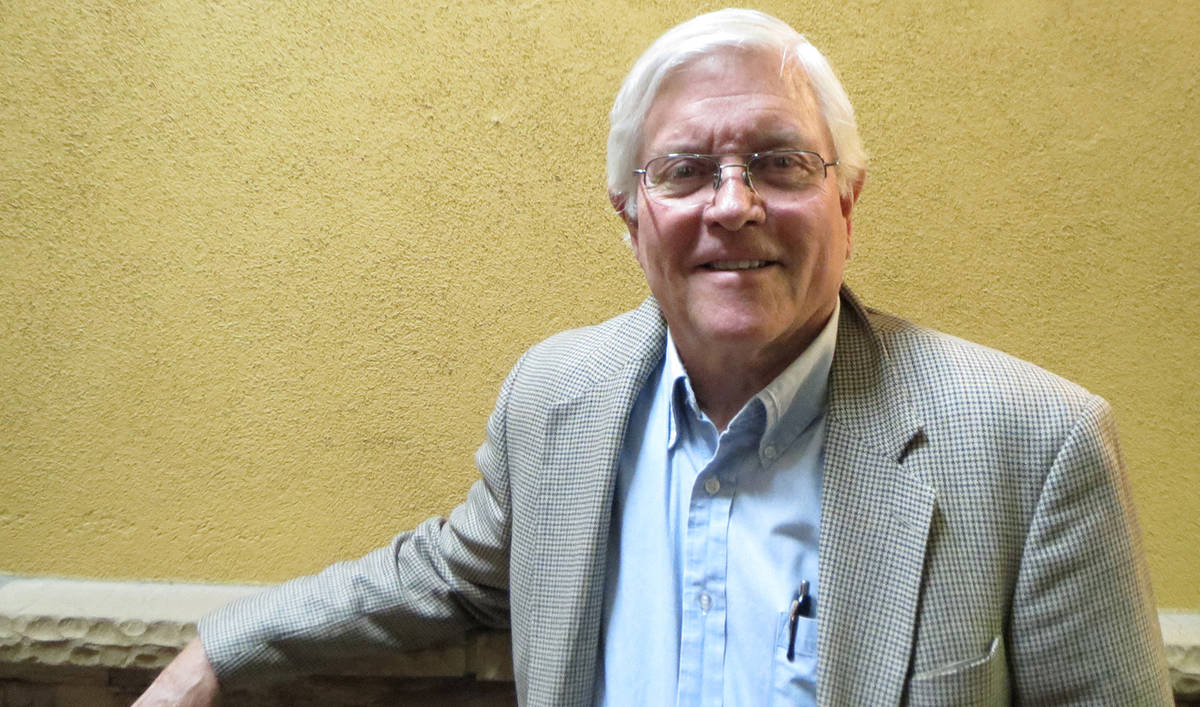 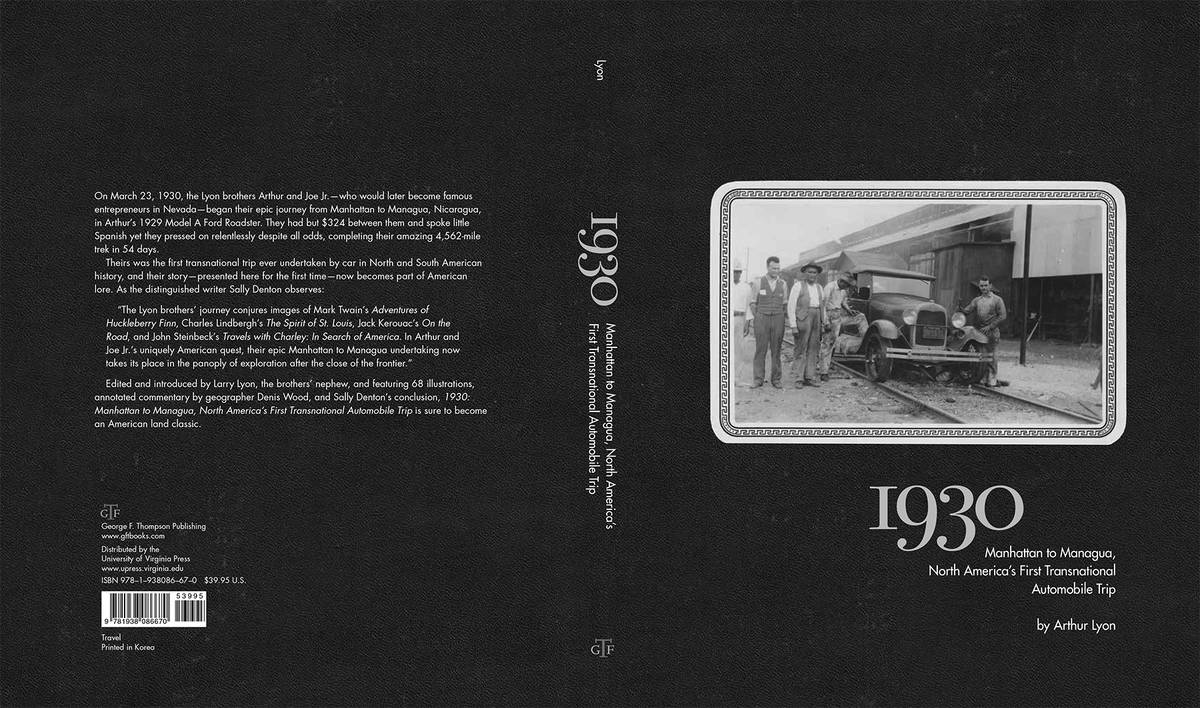 Part travelogue, part tale of adventure and part journal. That would describe the account of two brothers’ transnational automobile trip from New York City to Nicaragua.

Accounts of the trip, taken in 1930 by Arthur Lyon and Joe Lyon Jr., are told in a new book, “1930: North America’s First Transnational Automobile Trip,” which their nephew, Boulder City resident Larry Lyon, recently had published.

Lyon said the book was a family heirloom, written by his uncle Arthur Lyon, who was 25 at the time and kept a journal of the trip he took with his then 21-year-old brother, Joe Lyon Jr., in their 1929 Ford Model A Roadster.

With a week to prepare, they gathered camping gear, obtained passports and travel credentials, studied maps and amassed $324 to fund their journey.

Along the way, they drove through deserts, swamps and jungles, encountering people from all walks of life. They were even arrested in Guatemala City for inadvertently blocking the presidential cavalcade, but managed to talk their way out of jail, just as they talked their way out of other scrapes and misunderstandings.

“You do feel like you are following them on their journey,” he said. “… not only for the journey, but the people they met. The character development is really quite amazing. It does really give a thorough picture of what people were like that they met on the way.”

Lyon said his uncle Arthur donated his journal to the Smithsonian Institution, writing it out as a book and keeping some copies for his family before sending it in.

Lyon, who has called Boulder City home since 2006, said he was encouraged to get the book published after sharing stories about it with his friend, award-winning author Sally Denton of Boulder City, who introduced him to a friend who has a book publishing, literary packaging, agenting, publicity and marketing company.

She said they specialize in photography books and Lyon’s uncle’s photographs, that were taken “on a little camera” were telling snapshots of life in Mexico and Central America.

In her afterward for the book, Denton wrote the book represents American’s longing for exploration and adventure.

That sense of adventure was extremely personal to her as the youngest of her three sons had recently returned from a nine-month, 20,000-mile journey on his motorcycle from Santa Fe, New Mexico, to the tip of South America.

“It’s just a fun story,” Denton said. “I’m such a Nevada-phil. I like stories of those who do just these kinds of things.”

She added that she was impressed with Lyon’s determination to get the book published and share his uncles’ adventure.

“I like the idea of a Boulder City kid getting a Nevada story told.”

Lyon said he was inspired to see the book published by his late daughter, Jenn Lyon, who died of breast cancer about 10½ years ago. Lyon said that after his daughter died he found a note in the pocket of her wish pillow that said when the book was sold and made into a movie she wanted to be the female lead.

“She knew how much it means to me,” Lyon said, adding that he plans to donate a portion of the proceeds from sales of the book to Michelle’s Place Cancer Resource Center in Temecula, California.

Lyon said it took him eight years to see the book come to fruition when it was released this spring by George F. Thompson Publishing.

Lyon said the timing of the book’s release is ideal because it tells about adventure, inventiveness and the ability to negotiate, skills that are needed in today’s world.

“These guys had to negotiate with city and county and railroad officials,” Lyon said, noting the brothers were able to outfit their car with special wheels so they could travel on train tracks in places where the roads were too bad to drive on.

Lyon said the chapter dealing with their travels on the train tracks was his favorite part of the book. He said he especially appreciated their creative engineering, most of which was done by his uncle Joe Lyon Jr., who went on to become an automotive engineer.

Joe Lyon Jr. also was responsible for getting a 55-gallon oil drum to store fuel that they strapped into the car’s rumble seat.

Lyon, whose family hails from mining communities in Northern Nevada, has ties to Boulder City that date back to its origins. His father, Kelly Lyon, worked as a high scaler on the dam.

His family lived in the community in the 1930s and 1940s. While his older brother and sister were born in Boulder City, he was born in Reno after his parents returned north. After they divorced, his mother, Merle Wines Lyon, returned to Boulder City, where her sister, Gene Segerblom, lived.