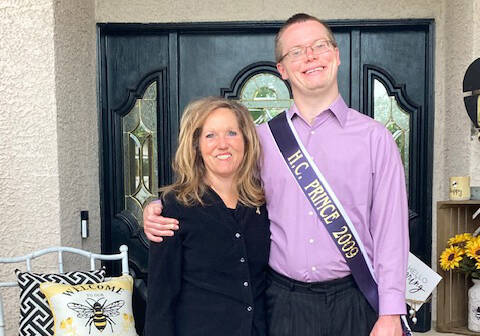 Pam Honey Pam Honey recently published a book, "From Autism to Royalty: The Freshman Prince of Bould-Air," about her son, Jordan's, journey with Autism. 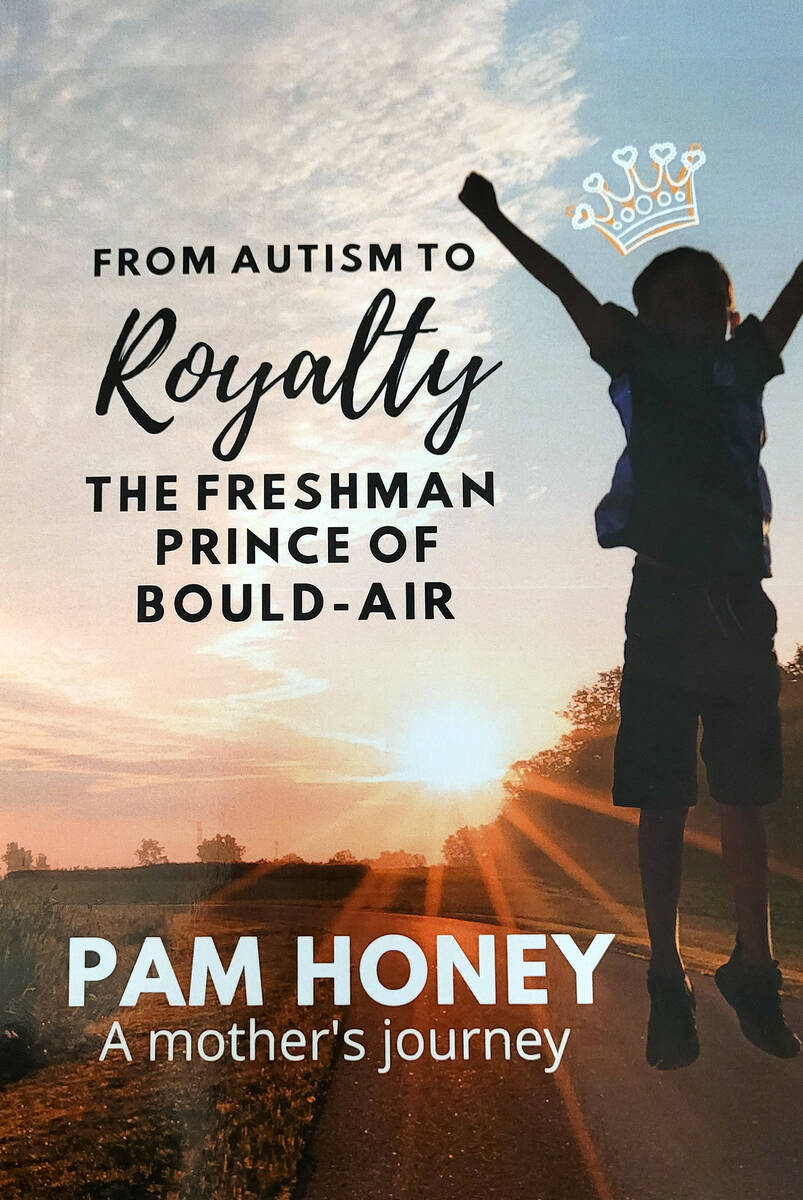 Celia Shortt Goodyear/Boulder City Review "From Autism to Royalty: The Freshman Prince of Bould-Air," details the story of a mother helping her autistic son and how he found acceptance from his peers.

“It’s a miracle where this journey has taken us,” said Pam Honey. “Autism doesn’t have to be a death sentence.”

Honey is a mother to three sons, and her world was rocked when her middle son, Jordan, was diagnosed with autism as a child. She said their journey led him from being someone who was recommended to be institutionalized to the freshman prince of his class at Boulder City High School.

“I want to spread that joy,” she said. “Thirteen years ago this school made this mother’s dream (of her son being accepted) come true.”

In her book, “From Autism to Royalty: The Freshman Prince of Bould-Air,” she shares that experience and others in order to help people who may be going through a similar situation.

“I just felt driven to publish it and move forward with seeing how many people we can help. … It’s a journey, and everyone has a story to write,” she said.

In her book, Pam Honey said her son started exhibiting some odd behavior when he was little. Some of the things included being extremely sensitive to noise, having a hard time communicating, making weird gestures with his mouth and flapping his hands.

“He had no reasoning skills,” she said. “When I took him in for testing, they told me he was mentally retarded .. and if we didn’t do something he would be institutionalized by the time he was 13.”

“He was gone,” she wrote. “He had lost eye contact and began horrific tantrums as if he was trying to unleash himself from his physical body.”

After a tumultuous time trying to find a diagnosis and having a wrong one given, Pam Honey said a meeting with a friend pointed her in a different direction. She was talking to her about Jordan Honey’s quickly diminishing social skills when her friend said he had many of the same symptoms as her autistic son.

“Once we had that diagnosis, it made all the difference,” said Pam Honey.

From there, she worked to get him the Applied Behavior Analysis therapy and training he needed as well as working with the school system to make sure he had the education and resources he was entitled to.

Jordan Honey was able to start with ABA in kindergarten and it “saved” him, she said. From there, they continued their journey navigating through school and life. Pam Honey said she also dreamed he would be accepted.

That dream came true in 2009 when he was a freshman in high school and his older brother convinced him to try out for the soccer team with him. After a lot of hard work, Jordan Honey made the junior varsity soccer team.

“They (the team) didn’t know what autism meant,” said Pam Honey. “They treated Jordan just like one of their soccer boys. … It was just so amazing.”

His teammates took their acceptance one step further and nominated him for the freshman class homecoming prince. He was then voted into that role by his class and was part of the homecoming ceremony on the football field.

Pam Honey said that day was a victory not just for her son but for all children with a disability and all high school students. Since then her son has continued to grow.

Currently, he works at the Boulder City Municipal Golf Course and Boulder Creek Golf Course. He is also involved with his church, planning activities, taking college classes and participating in a dance and singing group.

“He’s totally independent. … When a lot of people hear the “A” word, they lose hope,” said Pam Honey. “I want to give hope to those families and people.”

“From Autism to Royalty: The Freshman Prince of Bould-Air” can be purchased at https://www.happyhoneybooks.com/.

Books will also be available for purchase at a book signing from 6:30-8 p.m. Monday, May 23, at the home of Clare and Kaye Tobler, 792 Fairway Drive.