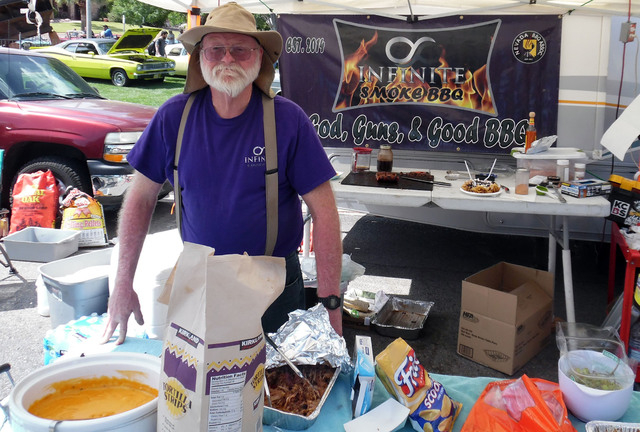 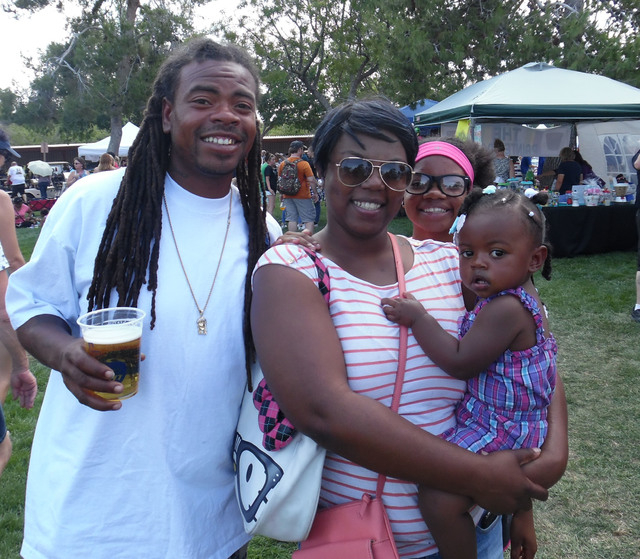 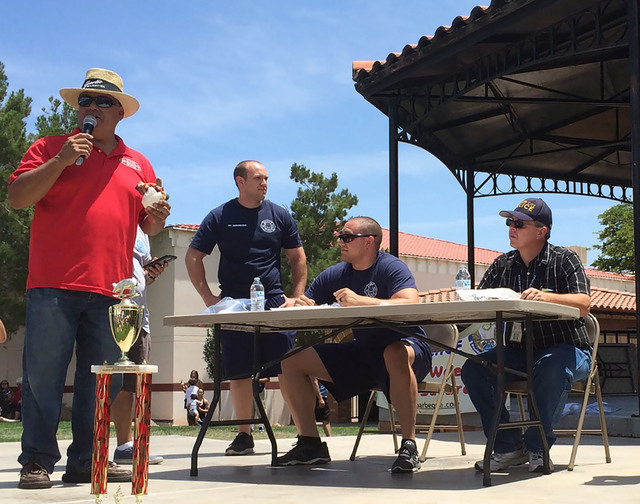 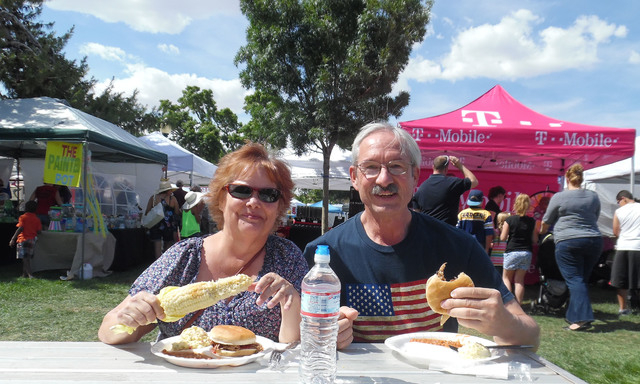 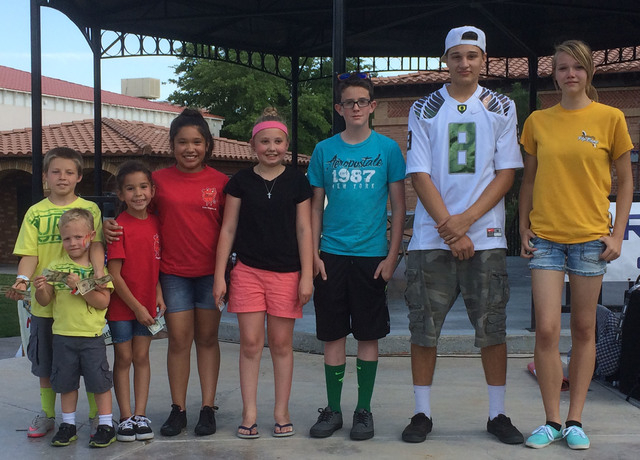 Beverly and Paul Dendary made the drive up to Boulder City from Henderson for their third Best Dam BBQ Challenge, which they said was one of their favorite events, on Saturday.

Larry Brooks, from left, Renee Boyd, Tanaisja Boyd, 13, and Treasure Brooks, 1, enjoyed a giant turkey leg and break from Las Vegas during their first visit to the Best Dam BBQ Challenge on Saturday.

Mike Pacini served as master of ceremonies as Nick Giles, from left at table, Nigel Walton and Mark Donnelly prepare for the rib-eating contest between the Boulder City Fire and Police departments at the Best Dam BBQ Challenge on Saturday.

James Perez collected the championship trophy for the Big Papa Smokers barbecue team after finishing first overall and placing in each category at the Best Dam BBQ Challenge on Saturday.