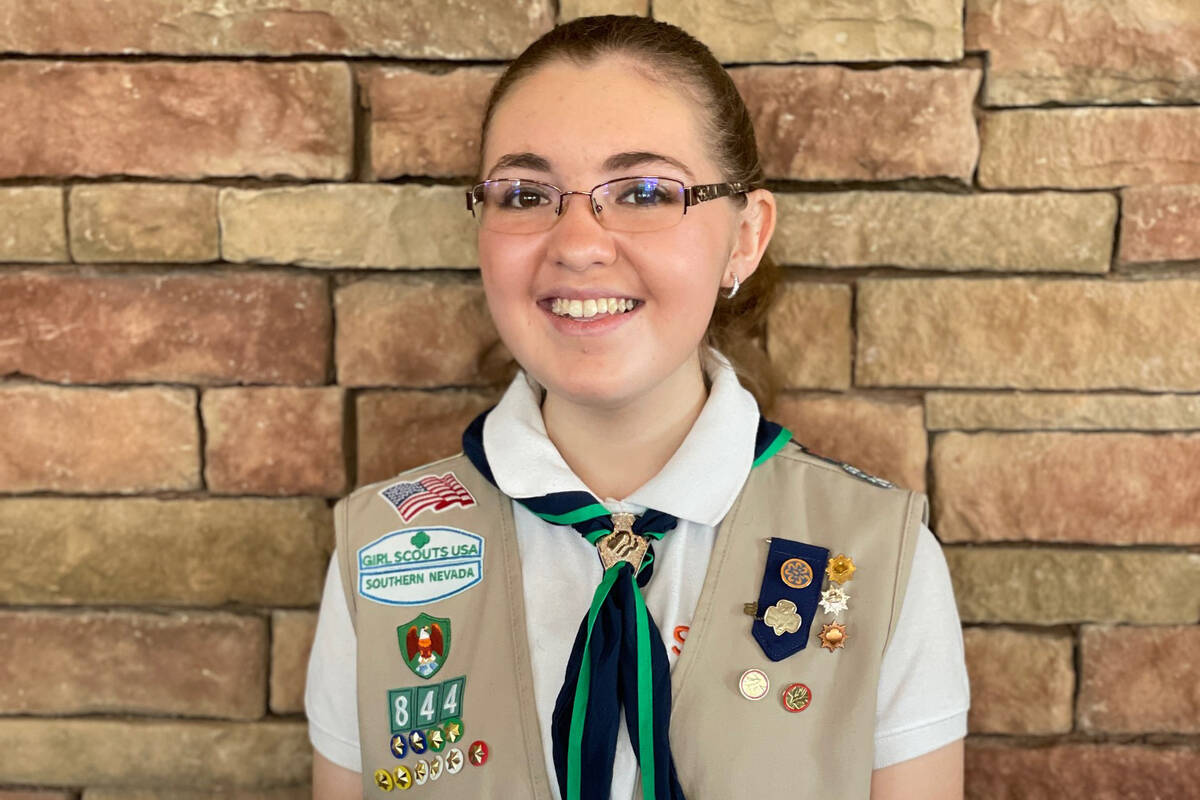 (Photo courtesy Panariso family) Abigail Panariso of Boulder City was recently named the Veterans of Foreign Wars Scout of the Year for the state of Nevada. She was recognized for her efforts to support veterans. 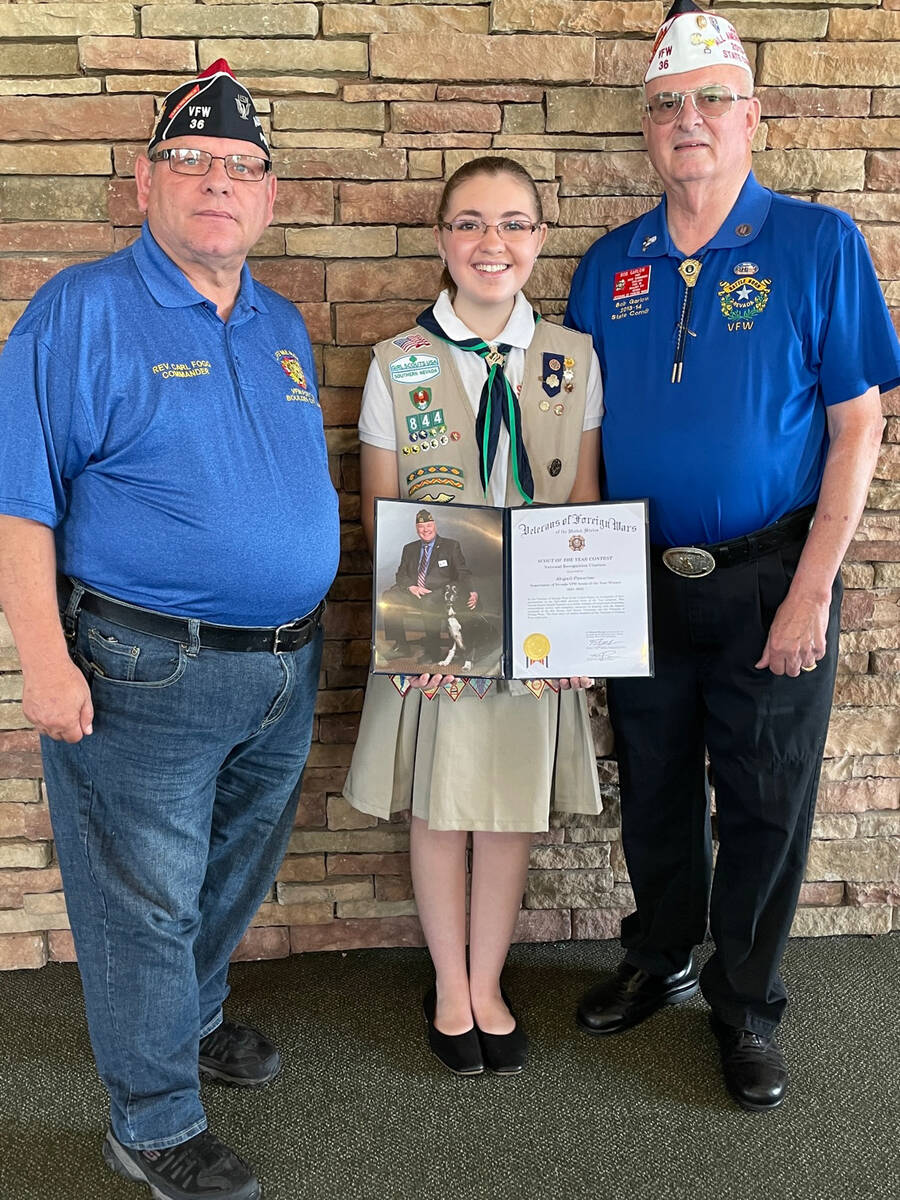 The 11th grader at the College of Southern Nevada High School recently won the National Veterans of Foreign Wars Scout of the Year award for Nevada after writing an essay about her work on behalf of veterans and how that helped her earn the Gold Award from the Girl Scouts.

She is the first female to win the award from the state.

Panariso said she is proud and excited to be recognized for her efforts to better the lives of veterans.

She won the national award after being presented with state and local awards from the Matthew A. Commons Post 36 in Boulder City. She also received a small cash prize and has the ability to apply for a scholarship from the VFW, where she can receive as much as $30,000.

To be considered for the Scout of the Year award, Panariso said she had to write an essay and submit letters of recommendation.

Bob Garlow, past state commander and member of the local VFW Post, said her package was one of the best he has ever seen.

“It was impressive,” he said. “She has done more in her time of doing stuff for veterans than some of the veterans I know who have been in the military and several different veterans’ organizations.”

Panariso said her essay focused on all she has done to help veterans and what was required for her to earn the Girl Scouts Gold Award, the highest honor bestowed by the organization.

Among the necessary steps to earn the honor is to have 100 hours of service, create and operate an organization/plan that addresses a specific issue and assemble a team to put the plan into action.

She created Abigail CARES (Cares, Appreciation, Respect, Event and Support) for Veterans and Parades, which she said she hopes to turn into a nonprofit and continue working with after she leaves Girl Scouts.

Since March 2021, when the then 14-year-old organized a parade to recognize and thank veterans on National Vietnam War Veterans Day, Panariso has devoted countless hours to projects and events.

“I do things year-round to support veterans,” she said.

Last December, she got a list of items residents of the Southern Nevada State Veterans Home needed and put together gift bags for the holidays. She also hosted a pizza party.

In April, she served as a guardian for a woman veteran on a trip to Washington, D.C., with Honor Flight of Southern Nevada.

Panariso said helping the veterans “made me feel amazing,” adding it was nice to be there to support them physically and emotionally.

“I really enjoyed viewing the memorials and experiencing what the veterans see and feel. A lot of them were really emotional. It was nice to be there for them, to give them a hug if they were crying.”

Panariso said the Lincoln Memorial really stood out and made her “feel proud to be an American and “appreciate all the history that happened.”

After the trip with Honor Flight, the president of the Southern Nevada organization nominated her for the Billy Michal Student Leadership Award recipient from the National World War II Museum, which she received in June.

She flew to New Orleans as the winner from Nevada. The award is presented to a student from each state and Washington, D.C., who demonstrates the American spirit in his or her community.

“She’s a jewel — a person that you don’t run into very often,” Garlow said. “Her heart is in the right place and her dedication to what she is doing is fantastic.”

For the future, Panariso said she is considering how to help residents of the veterans home this holiday season, while focusing on her studies. She said she is working to get her associate’s degree before she graduates from high school to get a jump start on her college education. She plans to major in psychology.