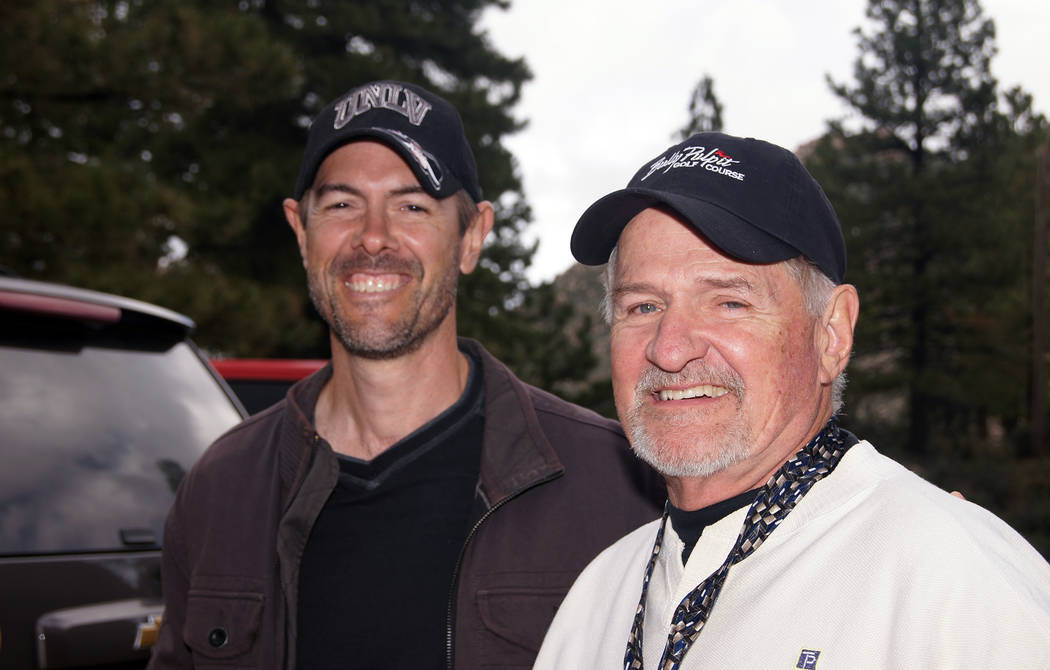 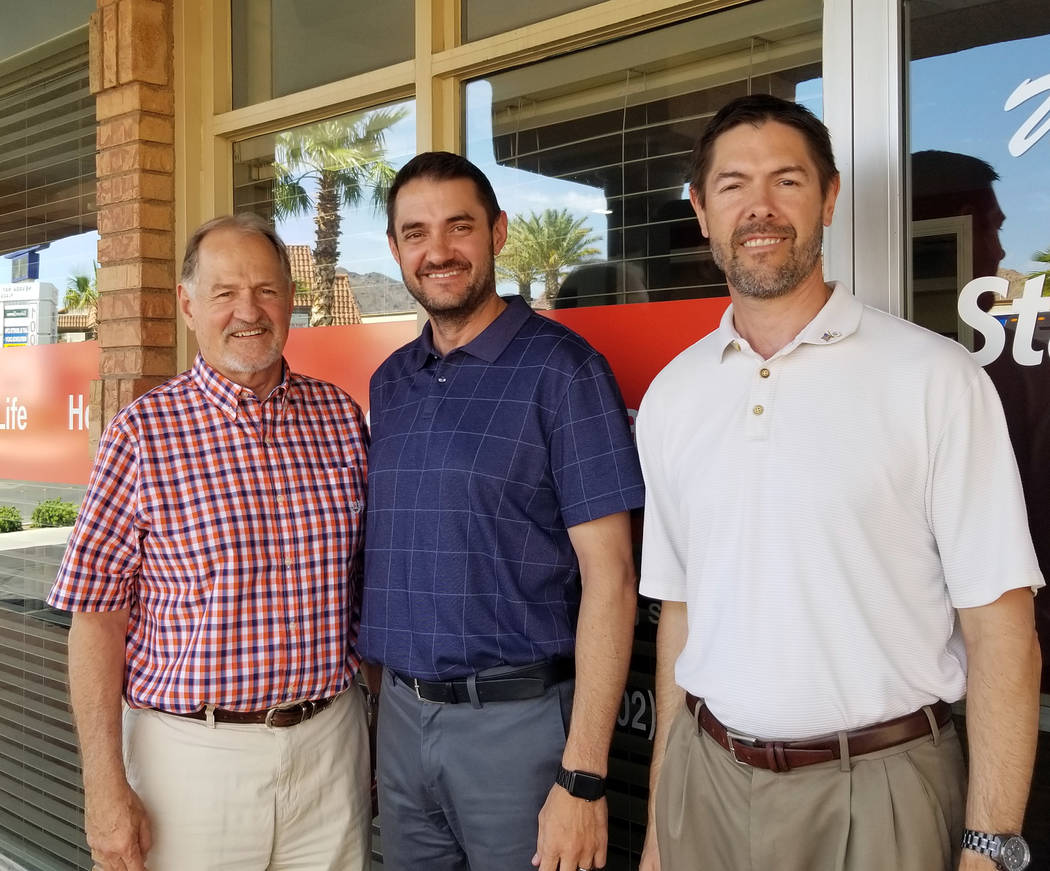 Side by side by side. That’s how Doug Scheppmann and his sons, Tony and Scott, work and serve together.

The Scheppmann family has been in Boulder City since 1980, and since 1984, Doug Scheppmann has owned and operated a local State Farm insurance agency, 1001 Nevada Highway. Both his sons work there and are also involved in the community.

“Just the ability to come to work every day and work with them is an honor, just to carry those family traditions,” Doug Scheppmann said. “I couldn’t imagine doing that another way.”

“It’s a great environment. … Working together just makes your connection stronger,” added Scott Scheppmann, who started working full-time with his dad and brother after he finished college.

He said he enjoys the flexibility that allows him to attend important events for his four children.

Tony Scheppmann said he was hesitant to start working with his dad, but the experience has been rewarding especially because they don’t work against each other. He said he experienced that when he worked in a competitive corporate environment before joining his father’s business.

“You don’t have that with family,” he said. “You have each other’s backs.”

Two of the three Scheppmanns, Doug and Tony, are members of the Boulder City Sunrise Rotary Club.

“I became involved with Rotary just like so many others in our club and that is to use Rotary as a conduit to give back to our community,” Doug Scheppmann said. “My family has been very blessed to settle in Boulder City and to have the community support me when I started my business back in 1984. Rotary’s motto is ‘Service above self.’ Tony and I both value the opportunity to serve both our community and use the opportunity that Rotary provides to serve the international community as well.”

“I feel like it’s what we’re meant to do,” Tony Scheppmann said. “With my family, I just try to lead by example. They see me leading and serving and want to do the same.”

Also, Tony Scheppmann has served internationally with Rotaplast International, a Rotary-affiliated nonprofit organization committed to helping children and adults throughout the world who suffer from cleft lips and palates and burn scarring or other deformities. He has been to Bangladesh and Guatemala and most recently India.

Scott Scheppmann isn’t as involved with Rotary, but he is involved with his family and said he wants to instill the importance of service with them. Some of his children help their grandfather at the auction during the annual Wurst Festival in September.

“That’s something my dad instilled in me,” Doug Scheppmann said. “I think that just resonates with my sons. … Reaching out into the community gives you a different perspective. They’ve taken it to another level. … My wife and I could not be more proud of these two guys.”