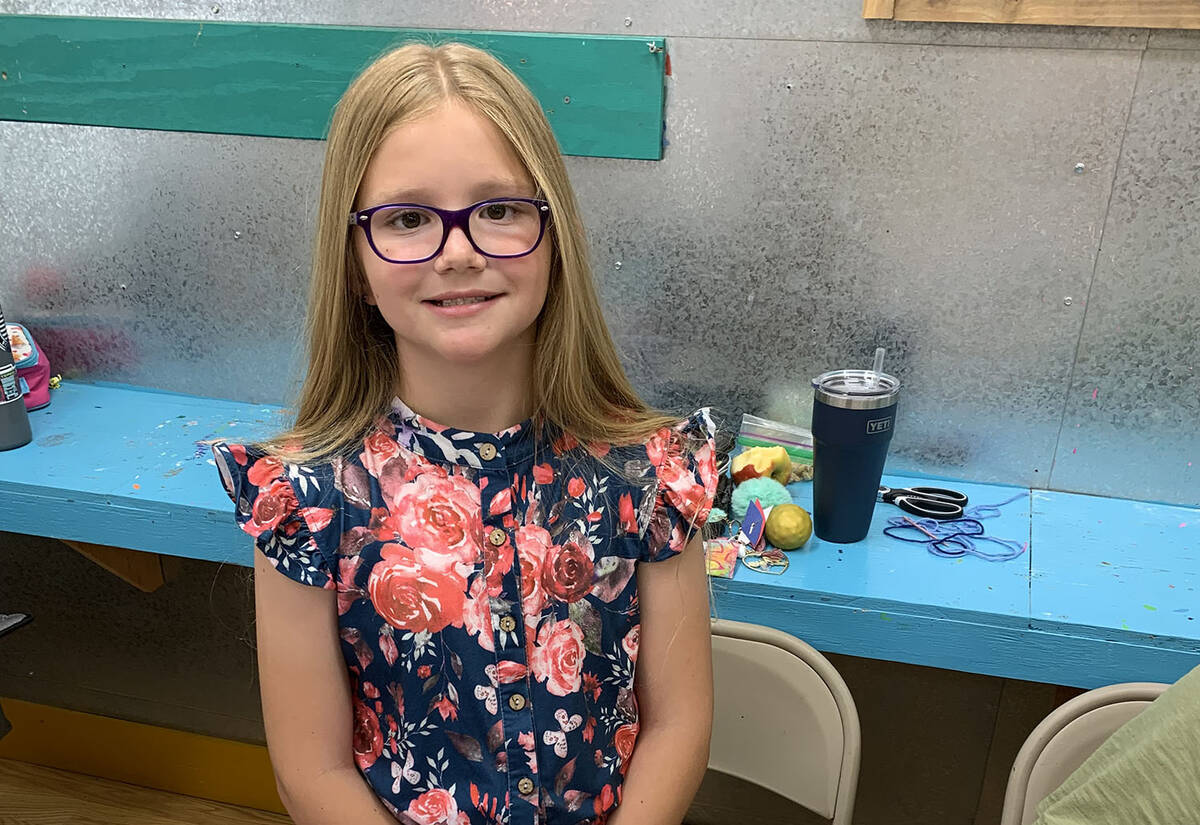 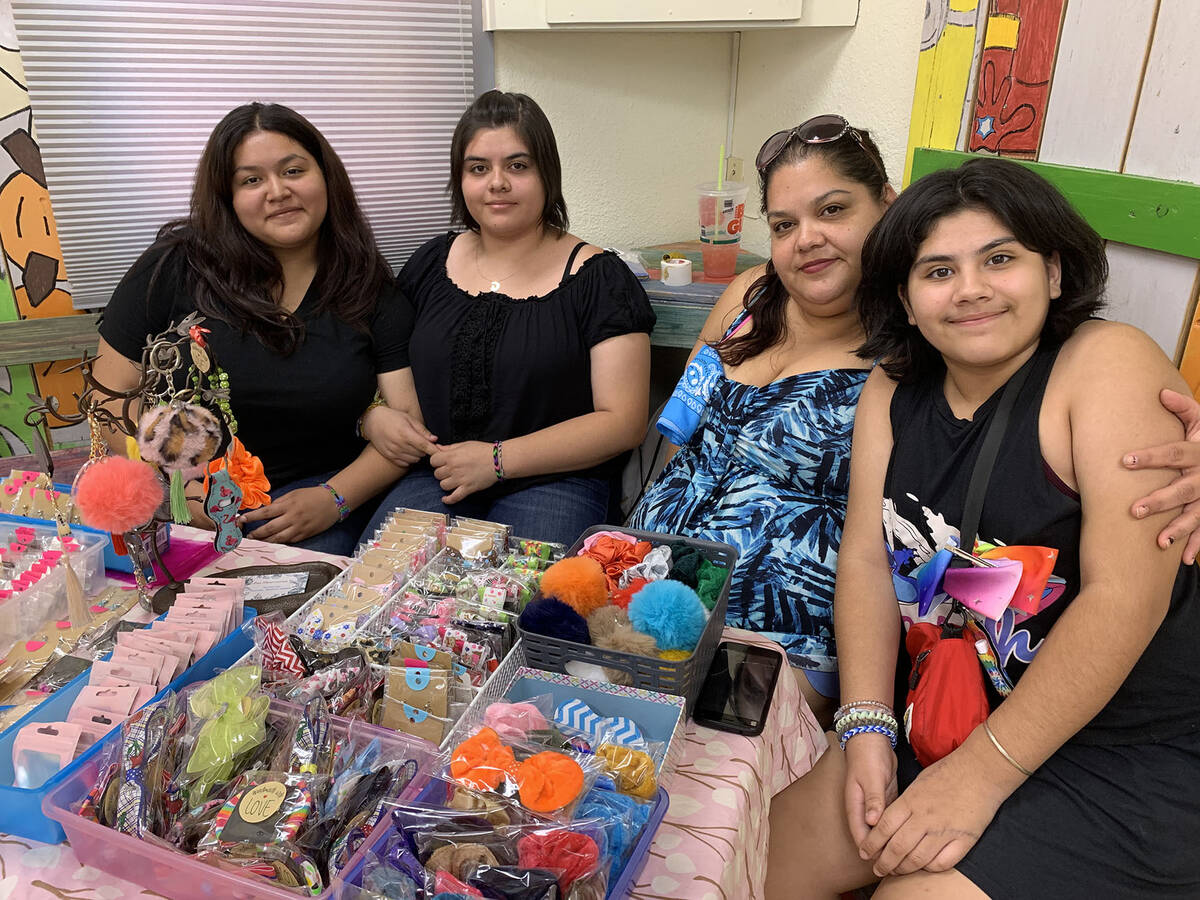 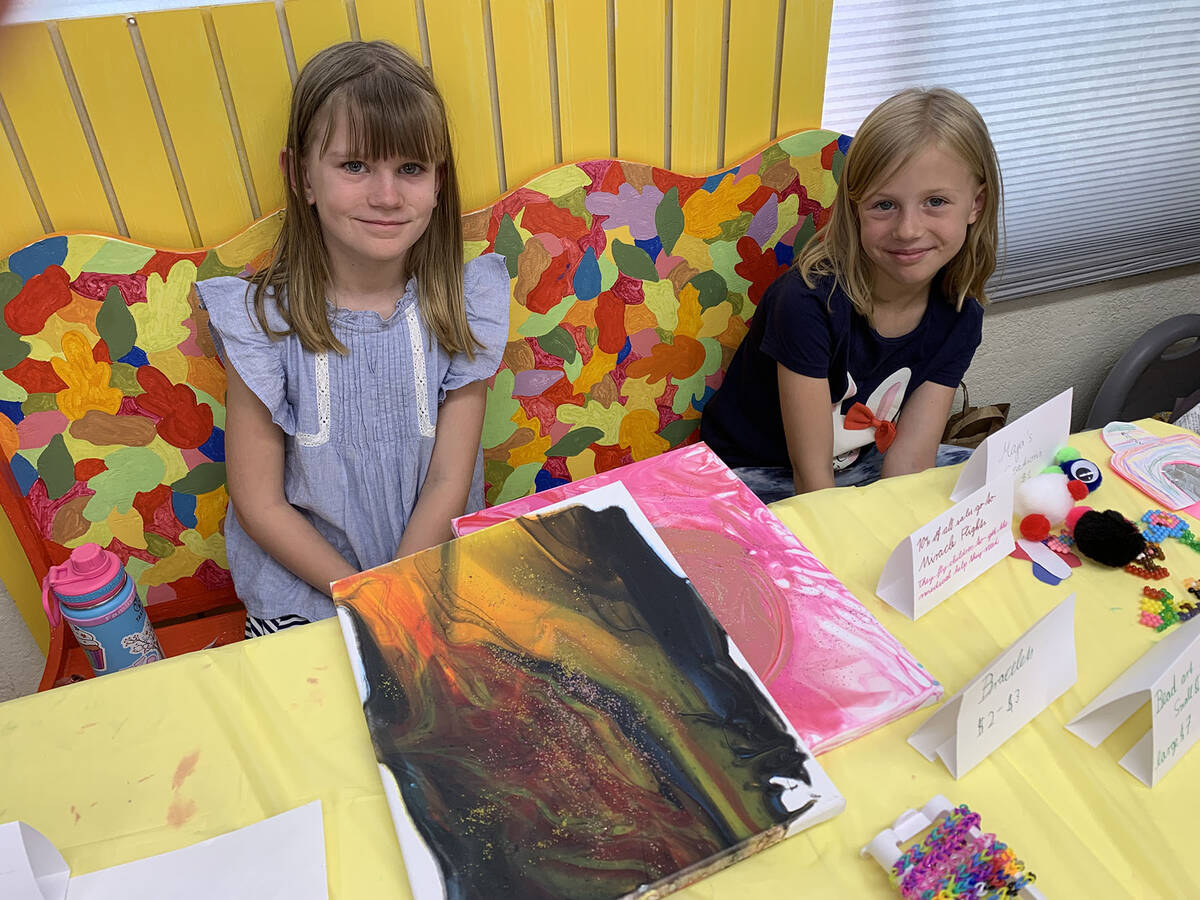 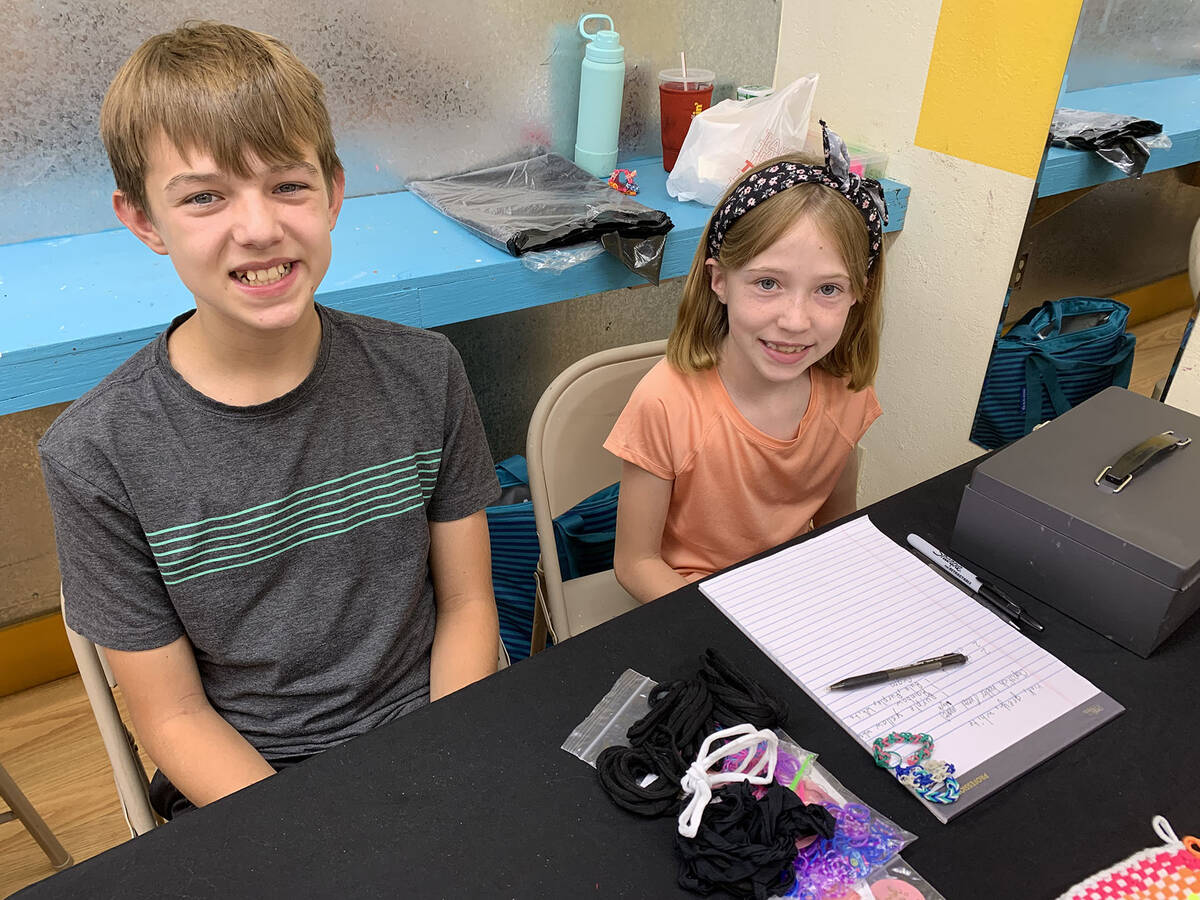 Like a polished professional, she pitched her hand-loomed hats during a young entrepreneur market to passersby, eagerly telling them that proceeds from her sales will benefit local foster children.

Helping them get the school supplies they need, and making sure they are pretty, is important to the youngster, who was also celebrating the seventh anniversary of being adopted out of the foster care system that day.

Abbie, who will be starting third grade at King Elementary School next month, said helping foster children is important to her.

Being an entrepreneur also will help her in her goal to earn a gold award from Girl Scouts. It’s the highest achievement she can earn in the organization.

Abbie was manning one of five booths inside Ruben’s Wood Craft and Toys during the store’s first young entrepreneur market.

The market was the idea of Dixie Valdez, who, with her husband Ruben, owns and operates the store at 555 Hotel Plaza.

She said they often work with children who are home-schooled and the young entrepreneur market seemed like an ideal way to support their educational efforts and business aspirations.

As a former kindergarten teacher, Valdez said she “loves” the idea of helping young children succeed.

Valdez said unless there is a party scheduled, the store’s back room sits empty and the makers’ market seemed like a good fit.

The young entrepreneurs were responsible for their own booths. She said they provide all their own marketing materials as well as displays and handled their own sales. The store only provided a location and tables.

Before they were selected, Valdez said she quizzed the young entrepreneurs to make sure they made their own products and were prepared to sell them.

Valdez said they already have several other markets planned, all with different youth. The next one is scheduled for July 23 and another will be held in August. In all, about 20 youth have expressed interest in participating.

Boulder City sisters Samerika Vega, 17, Veronica Vega, 16, and Amanda Delcruz, 11, began their business, Las Hermanas, by making butterflies for the girls living at St. Jude’s Ranch for Children after moving here from California four years ago. Now they offer classes in addition to making a variety of other items including key chains, necklaces, earrings and hair accessories.

They have sold their handcrafted wares at yard sales, but this was their first market.

Samerika and Veronica Vega also paint designs on press-on nails, which they sell online through Etsy.

The girls, who are home-schooled, said creating the items and selling them began as a class project. They hope to use the proceeds from sales to help their brother celebrate his birthday.

Siblings Michael and Brookelyn Drake, who are 13 and 10, respectively, said they are friends with the Valdezes and decided to participate in the market because they thought it would be a good opportunity to show what they make. They brought an assortment of loomed bracelets and potholders along with lip balm holders and mystery bags.

The two, who attend Doral Academy-Saddle, said they definitely want to expand their business and become entrepreneurs.

Also participating was Harley Smith, 13, of Las Vegas. She said this was her second market, though she has been selling her jewelry on Instagram and Facebook.

Harley said she has been crafting jewelry for two years and is entirely self-taught.

Sisters Klara and Maja Bachman showcased their melting bead creations, drawings and paintings. In the past, they have sold their art at a roadside stand in front of their home.

Maja said participating in the pop-up market made them feel like they were real entrepreneurs. She added they would like to continue with their art and operating their own business when they get older.

Klara is 9 and Maja is 7. They will be starting fourth and second grades, respectively in the fall. Both are home-schooled.

Like Abbie, they planned to use a portion of their sales to help others, with 10 percent to be donated to Miracle Flights.

“It’s so kids can get healthier,” Maja said.

All of the youngsters participating said they were pleased with their sales for the day and the overall success of the pop-up market.