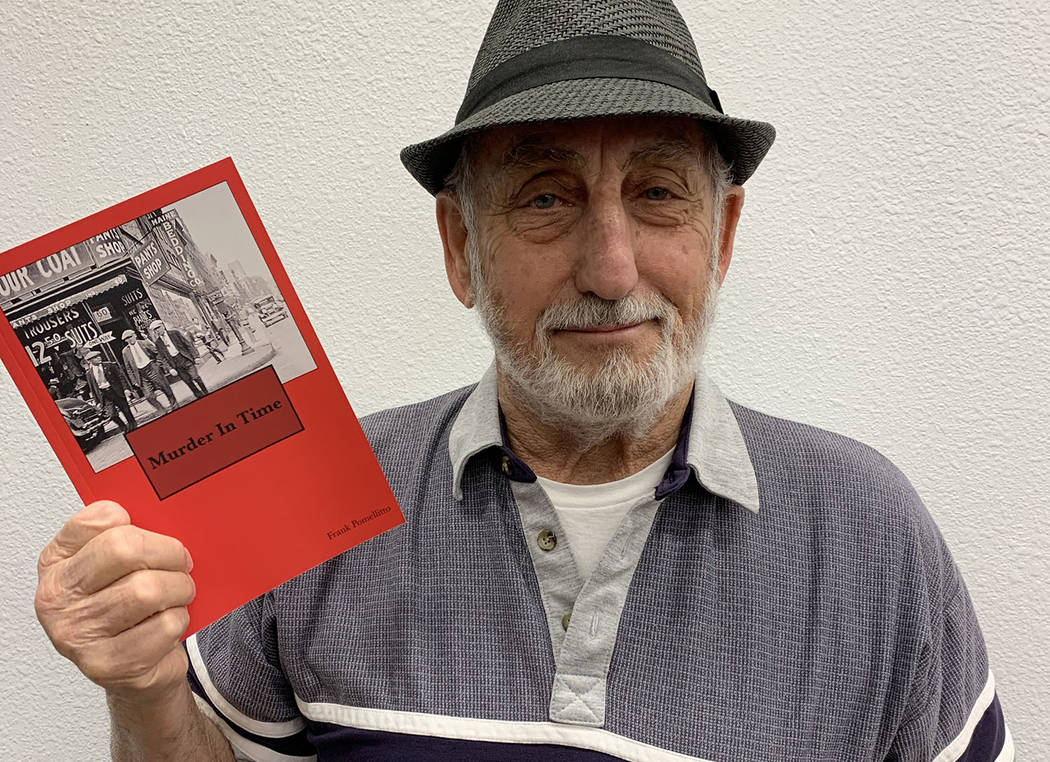 Local author Frank Pomellitto recently finished the final book in his trilogy about the adventures of a pair of men who work in a museum where exhibits allow them to travel back in time.

“Murder in Time” is set in Albany, New York, in the 1930s, shortly after the end of prohibition. After stepping into a museum display of a speakeasy, the main character, Jack, travels from 2018 to the 1930s, where he runs into politicians with ambitions and those who run the city’s illicit activities.

Pomellitto also weaves in a bit of history into his book with stories about gangster Jack “Legs” Diamond, who was also known as Gentleman Jack.

Pomellitto said he never intended to write a trilogy, but was “forced” into it after leaving his first book with a cliffhanger — stranding his characters somewhere back in time.

He said he was just trying to be funny, but friends kept asking him what happened next.

In the first book, “Step Forward into the Past,” Jack and his co-worker Alex visit upstate New York in the 1800s. The second book, “Lost in Time,” brings them to Boulder City when the dam was being built.

Though they were able to return to the present at the end of the second book, Pomellitto said there was an idea about a speakeasy display at the museum that kept pulling at him.

Pomellitto said much of what is in “Murder in Time” is based on stories he heard when he was growing up.

Now 88, Pomellitto, said he learned about politicians, big bands and sordid lifestyles by listening to tales of those around him in his native New York. He especially recalls hearing about the mayor of Albany, who “took care of everything.”

Pomellitto and his wife, Joan, have been permanent residents of Boulder City for seven years, after spending several winters as snowbirds.

Copies also are available on Amazon.