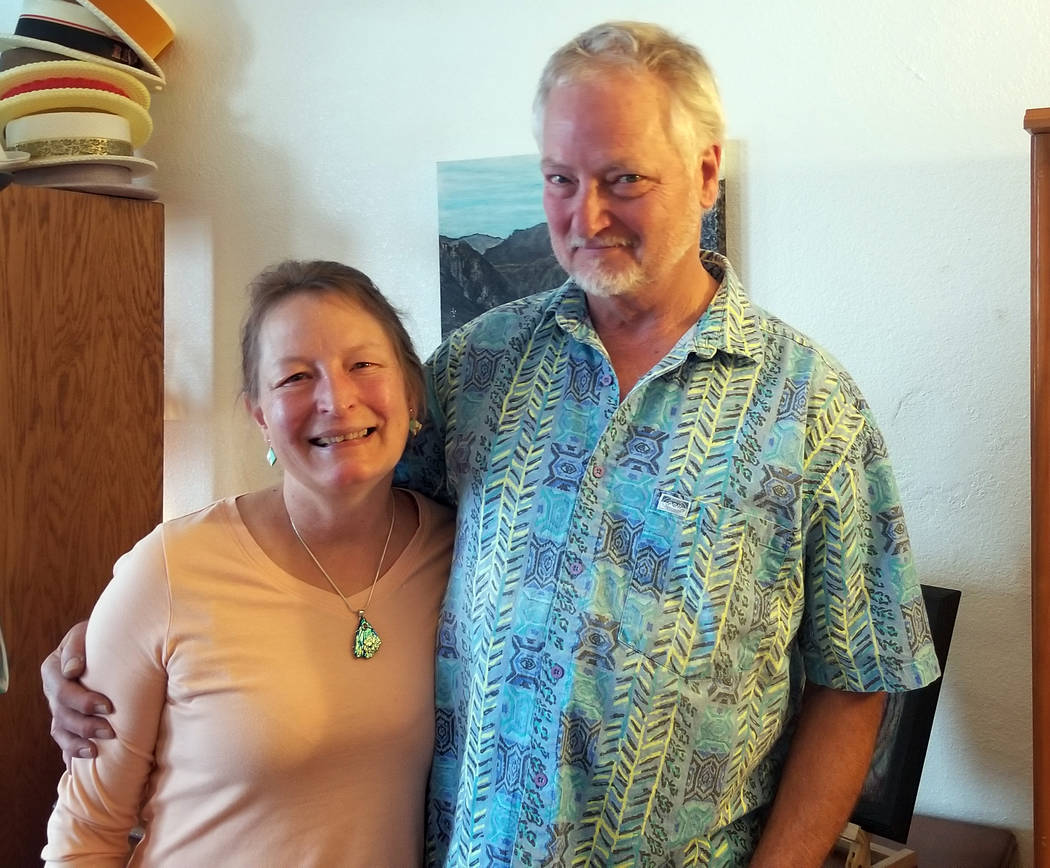 (Celia Shortt Goodyear/Boulder City Review) Darcy and Kevin Cory just opened Square 1 Gallery, 1638 Boulder City Parkway. They are starting over after losing everything in the Camp Fire in Paradise, California. 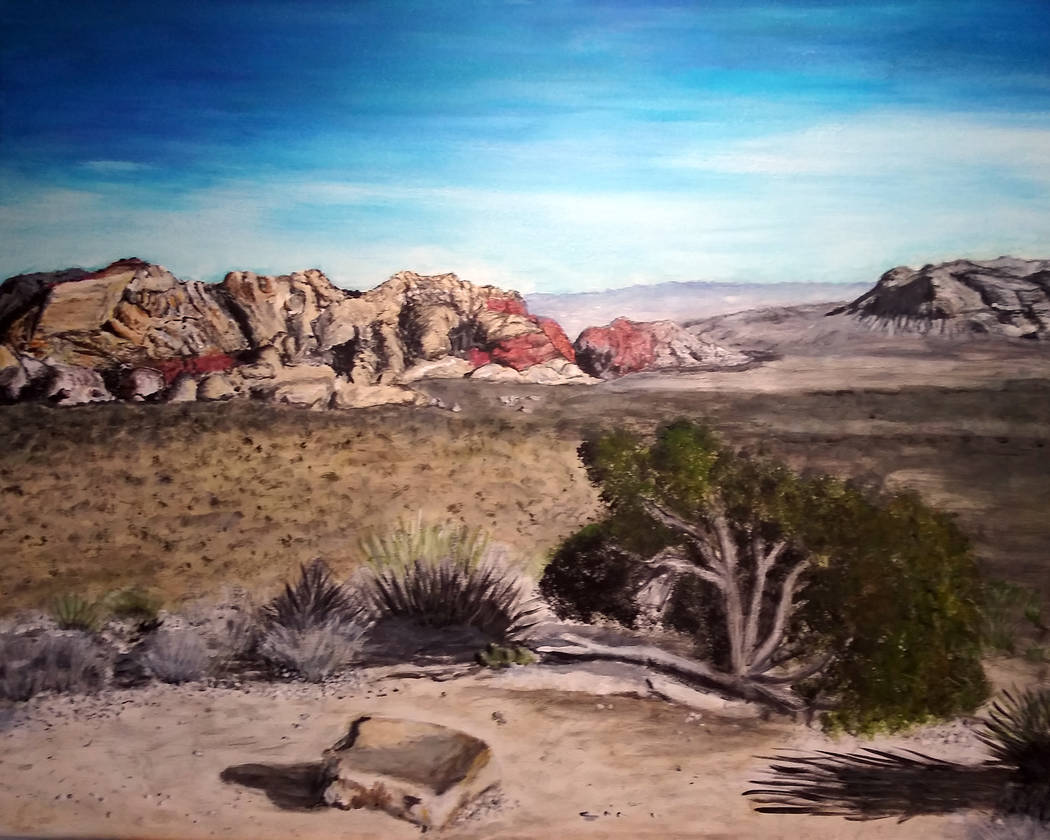 Starting over a second time. That’s what artists Kevin and Darcy Cory are doing with their new business, Square 1 Gallery.

In the past year and a half, the Corys have twice lost everything because of damage caused by California wildfires.

The Corys are artists who specialize in photography, acrylic painting, custom design, digital ceramics and tile art. In December 2017, they lived in Ventura, California, and operated their business, Cory Tile. On Dec. 4, the Thomas Fire swept through the area and destroyed more than 280,000 acres in the area, including their backyard.

Their house was saved but they lost a year’s worth of the work because of the damage to the area.

“Kevin’s brother is in Paradise (California), so we moved up there,” said Darcy Cory.

Once they arrived in Paradise, they settled in, opened a small art studio called The Art House and began the process of starting over. That came to an abrupt halt less than a year later when the Camp Fire wildfire started in November. It destroyed Paradise and thousands of acres and structures. The Corys lost everything and were evacuated to a shelter.

“Eleven months later, here we were hit again,” Darcy Cory said. “We lost our house and our shop.”

While they were in the shelter, Darcy Cory’s high school friend and Boulder City resident Julie Connell reached out. They hadn’t seen each other in 40 years.

So they left and drove to Nevada. When they arrived in town, however, Connell was already home. She still encouraged the Corys to stay until they could get back on her feet.

Kevin Cory said his and Darcy’s original plan was to stay for a month and then go to Austin, Texas, but he said they fell in love with Boulder City and stayed.

“After a month, all our old clients started asking if we would reopen,” he added.

So they started looking for a place in town for their business.

They said Connell helped them find a spot in the Boulder Dam Plaza on Boulder City Parkway for Square 1 Gallery. They also decided to put down roots and bought a place to live.

“We bought the worst fixer-upper in Boulder City,” said Kevin Cory about their mobile home.

“But we love it,” added Darcy Cory.

Starting over once, let alone twice, is difficult, but the Corys are in good spirits and said they are thankful for what they have.

“With starting over, you get to do it again and not make the same mistake,” Kevin Cory said. “Plus the community is great.”

“There really has been a lot of wonderful things happen,” Darcy Cory added.

The Corys plan to hold art classes, sip-and-paint events, and start a rock painting club. They are also involved with the Boulder City Art Guild and hope to host some of the group’s events there.