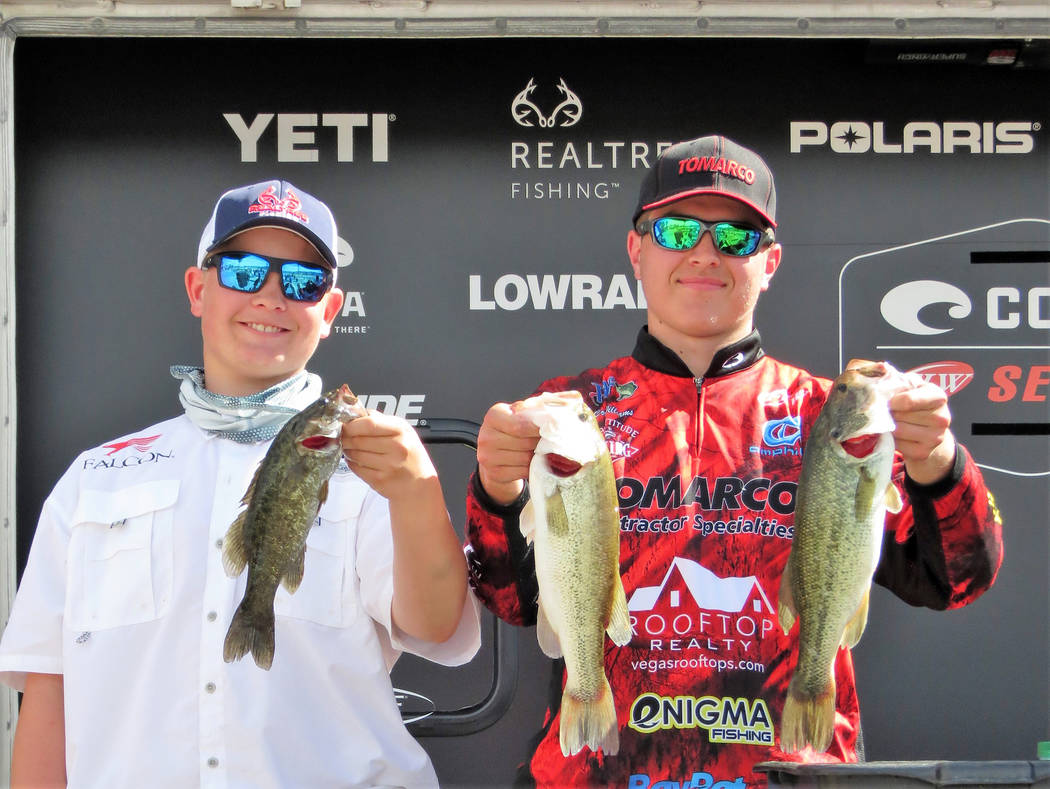 A duo from Boulder City High School took the top prize at a recent fishing tournament on Lake Mead.

Easter has been fishing with this dad since he was little, but this competition was his first.

“I met Corey, and he’s a big tournament kid,” he said. “He asked me if I wanted to compete with him. … I think this is going to be my first step toward my tournament career.”

This year is Williams’ third participating in tournaments. He has been fishing since he was young, competing at state and national levels. He’s also been named Nevada’s junior champion several times.

“My goal is to become a professional bass fisherman, so starting in high school is very good,” he said.

Williams said he was looking for someone to compete with and knew Easter had experience fishing with his dad.

“I figured between the three of us we could figure something out, and now we’re going to nationals,” he said.

The object of the tournament is for each duo to catch bass within a certain time period. They can then submit their five biggest at the weigh in, and the heaviest haul wins.

“When Corey caught the first two fish, it got my heart pumping,” Easter said.

The second- and third-place teams caught one bass each, weighing 2 pounds 11 ounces and 1 pound 11 ounces, respectively.

“The best part is getting back to the weigh in and seeing what everyone else got and how you did,” said Williams.

The no-entry fee tournament was hosted by the City of Henderson Department of Cultural Arts and Tourism and five high school teams participated.

Easter and Williams have also started Boulder City Bass Club, a local club devoted to fishing. Additionally, they play football and baseball at the high school.

Boulder City was also well-represented in the college and professional portions of the tournament.

“The key for me this week was my confidence in my flipping,” said Klinger, who pushed his career earnings over the $600,000 mark in FLW competition. “I was born and raised on this lake, and I’m very comfortable fishing here.

“I caught a couple of smallmouth throughout the week, but all 13 of my keepers that made it to the scale were largemouth,” he added.