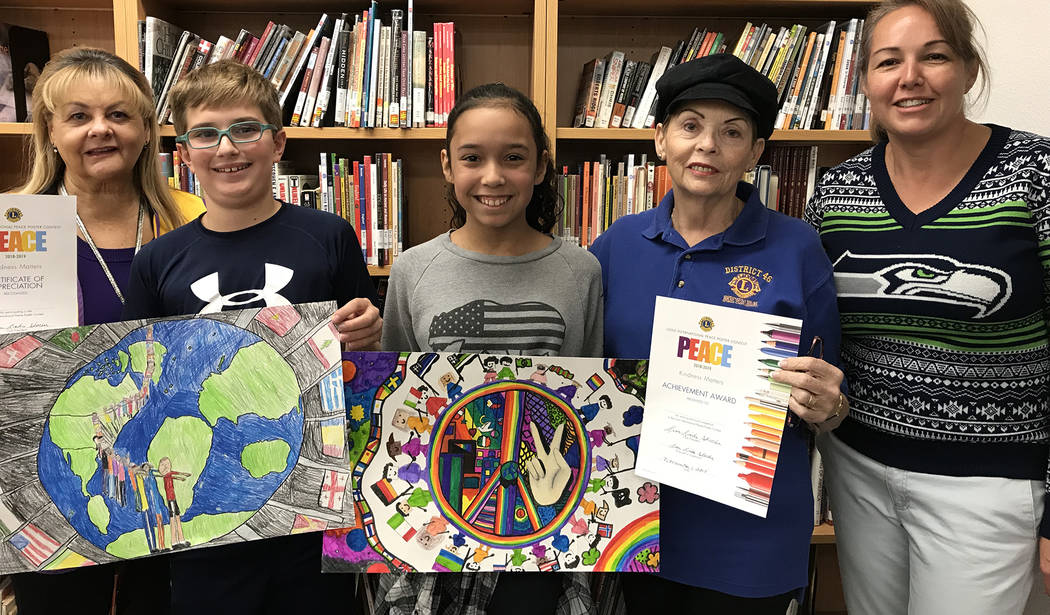 Images of friendships among people from many nations captured the top awards in the Boulder City Lions Club’s annual peace poster contest.

The winning poster was selected based on its originality, artistic merit and portrayal of the theme, “Kindness Matters.” The posters were judged Nov. 1.

Jocelyn’s brightly colored poster that turned the globe into a peace sign surrounded by people holding flags from their countries now advances to the district-level competition.

“It is obvious that these young people have strong ideas about what peace means to them. I’m so proud that we were able to provide them with the opportunity to share their visions,” said Linda Stocker, the club’s president.

The overall winner of the international contest will be sent to the United Nations and will receive a $5,000 grand prize. Additionally, 23 merit award winners will receive $500.

More than 600,000 entries are expected to be submitted worldwide.