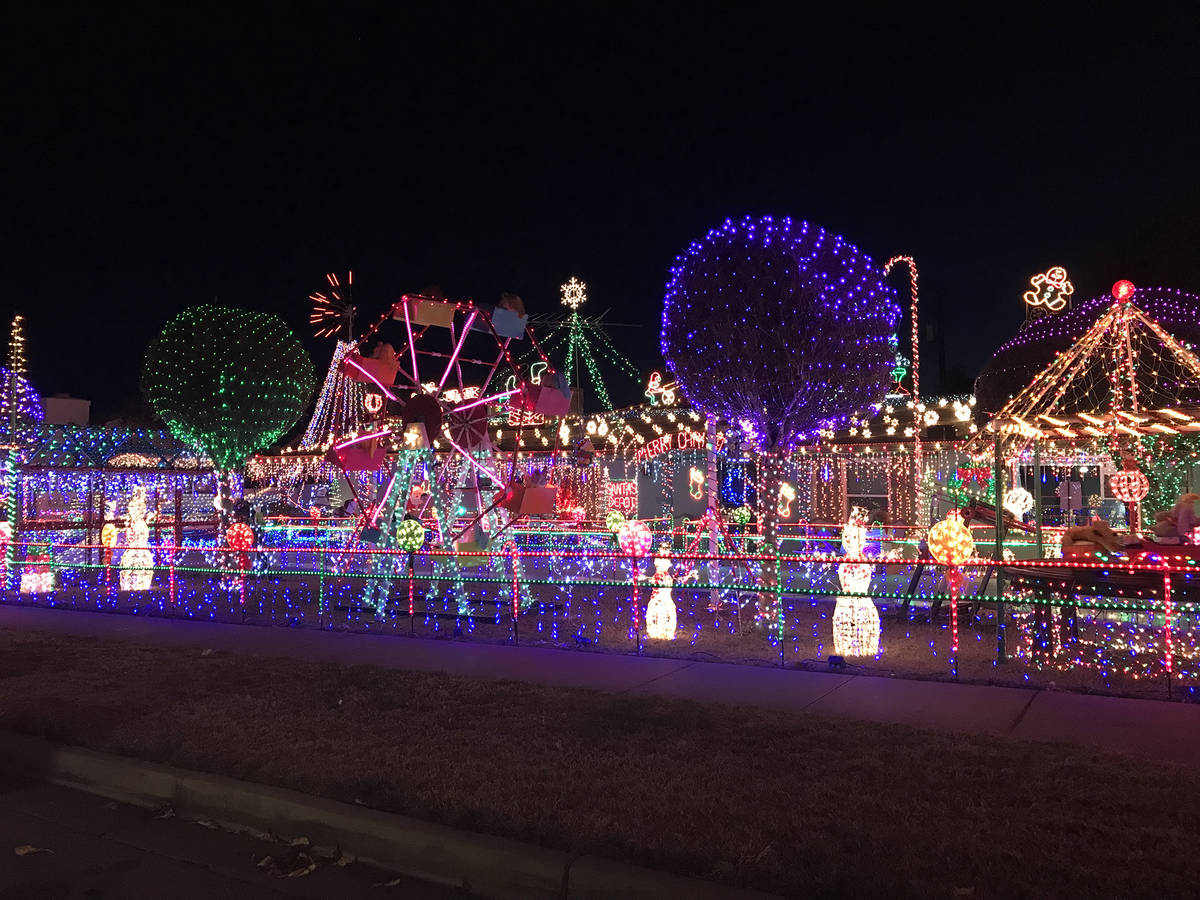 Just mention the Christmas house or the house on Fifth street and locals will know you can't celebrate the holidays in Boulder City without stopping to see Dale Ryan and Dyanah Musgrave's home at 1525 Fifth St. 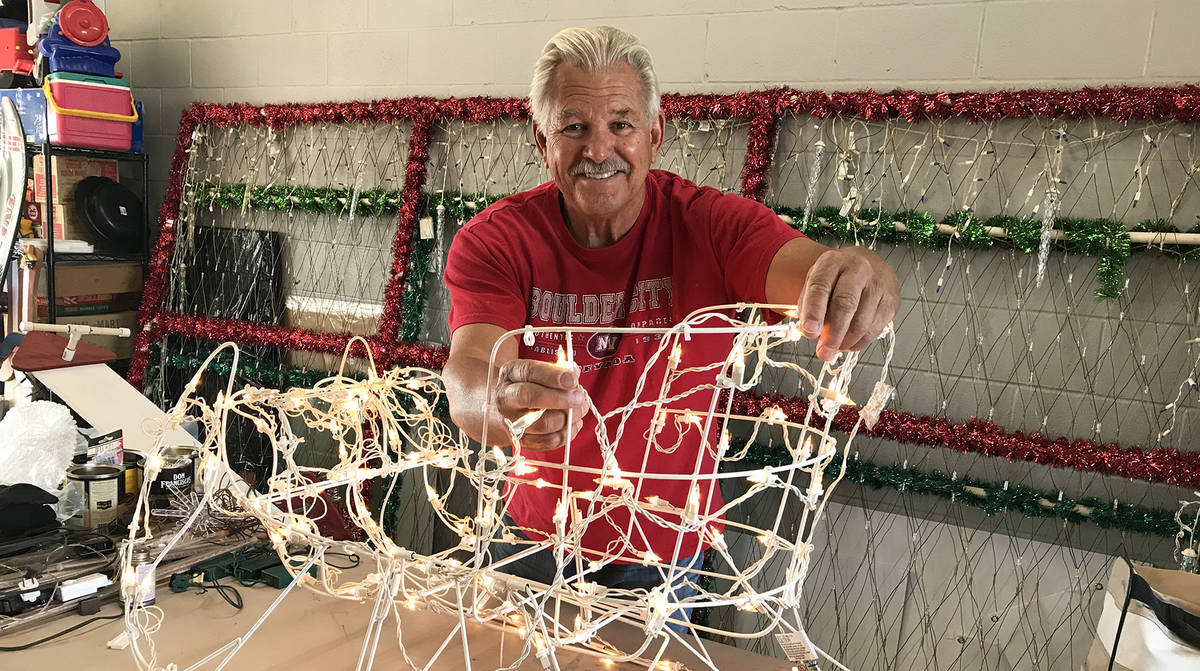 Dale Ryan tests the light bulbs on a sleigh that was given to him to use in the massive holiday display he creates at his home at 1525 Fifth St.

This December, as he has done for the past 16 years, Ryan plans to light up his home on Fifth Street for locals and visitors alike to revel in the Christmas spirit.

“There is no way in hell,” he said about the idea of not putting up Christmas lights at his home at 1525 Fifth St.

Ryan and his wife, Dyanah Musgrave, said having the “Christmas house” lit up provides some sense of normalcy to an otherwise crazy year.

“Everyone needs a little joy and some type of cheer,” said Musgrave, who had a cancerous tumor removed from her colon in March and underwent chemotherapy.

Because of restrictions on the size of gatherings imposed by Gov. Steve Sisolak to help prevent the spread of COVID-19, there will be no formal lighting ceremony.

“It’s not responsible for us to do a countdown. One thousand people were here last year,” Musgrave said. “As much as we want to do the countdown, it’s too many people crammed in one space.

Ryan and Musgrave plan to have their home lit up from 5-9 p.m. every night in December, weather permitting, starting Dec. 1.

They also plan to participate in a special film being created by the Boulder City Chamber of Commerce that will include snippets of virtual lighting ceremonies for their house and the town’s Christmas tree in Frank Crowe Park.

That film is expected to be available to view by Dec. 4 on the chamber’s website and social media, as well as on BCTV and YouTube.

Other changes this year are that Ryan and Musgrave won’t be handing out candy canes, greeting visitors or posing for pictures. Because Musgrave’s immune system is compromised, they intend to sit on their porch strategically distanced from those who stop by.

“We are still trying to put on a good show and protect everyone’s health,” Musgrave said. “We don’t want to put anyone in a position where they could get sick.”

Those who visit are being asked to wear a mask and practice social distancing. For those who don’t want to get out of their vehicles, Musgrave said they are welcome to drive by or park on the street.

Typically, around 20,000 people stop by to see the lights each year.

His decorations include a train, ski lift, roller coaster and Ferris, wheel along with more than 100,000 lights.