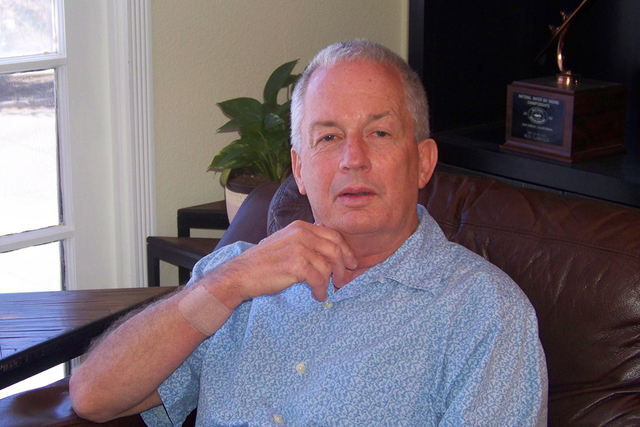 To have good mental health, say what you believe and “lay it on the line,” talk about and acknowledge your weaknesses and “be humble,” according to Ron Cummings, marriage and family therapy counselor and licensed substance abuse therapist at the Boulder City Mental Health Clinic, 555 California Ave.

In August 2013, Cummings read an article in the Boulder City Review describing psychologist Brent Dennis’ new office in town and was intrigued. He had a successful private practice in Las Vegas but loved the idea of being close to his Boulder City home. Although he had some initial fear of losing patients, Cummings and Dennis discussed the collaboration and in November 2013 he joined Dennis in the practice.

“After high school, I was pre-med, dropped out because I was partying and drinking. I wasn’t into school. I did OK for a couple of years. My dad was a doctor and he was paying my whole way,” Cummings said.

By age 26, he moved to Mammoth Lakes, Calif., because of his love of skiing. What was supposed to be one year turned into nine, with seven of those years serving on ski patrol. During those years, he said he “did a lot of drinking and drugging, a lot of partying.”

In 1989 at the age of 33, Cummings was laid off from his skiing career with no money in his pocket and no driver’s license. His choice was to stay with his mother or go into rehab.

“I knew I needed it,” Cummings said.

Fortunately, his mother maintained health insurance for him, and Cummings started a 30-day rehab program in Pomona, Calif., that accepted that insurance. He entered rehab on Memorial Day 1989.

While in rehab, a nurse suggested that Cummings continue with the education he started and become a certified therapist. He earned his Bachelor of Science in psychology in 1991 and a master’s degree in counseling, marriage and family therapy in 1993. Cummings has been a certified drug and alcohol abuse counselor since 1994 and has been certified by Nevada’s Alcohol and Drug Abuse Bureau.

Cummings is not afraid to share his life experiences with drugs and alcohol with his patients.

“Being sober means being very transparent,” Cummings said. “If I’m not doing anything wrong, why should I hide what I’m doing?”

He said he finds this practice helpful with patients.

In his own practice, what Cummings has learned is that males ages 30 to 35, just the age he was when he turned his life around, are discovering they need help.

“It’s time to straighten up, or I’m going to have a miserable life,” Cummings said.

Cummings describes addicts in this way: “Drug addicts are usually way above the IQ of the average person, they get bored pretty easily and they’re usually kind of stubborn.”

So the solution Cummings helps his patients find is rechanneling that energy.

“Life is crazy,” Cummings said. “I’ve got a theory that happy people learn to cope and unhappy people don’t learn to cope because everybody has bull_ _ _ _ in their life. I don’t care who you are, there are all sorts of difficulties and trauma and problems in your life. That’s the nature of being a human being. You can be the most successful guy in the world and still have problems.”

When it comes to those who have money and problems, Cummings said, “Money relieves us of the stress of paying our bills.” All the other problems are still there. Those with money worry more about it than a person who lives paycheck to paycheck. Those with money are afraid someone is going to take it from them. People with money just have “nicer stuff” and “more money means your stuff can be nicer,” Cummings said.

Although Cummings is still repaying his student loans, he said he is happy with what he does and pleased to have recently celebrated 25 years of sobriety this past Memorial Day.

What does Cummings seek for his patients along with peace of mind? He said he “teaches people to be nice.”