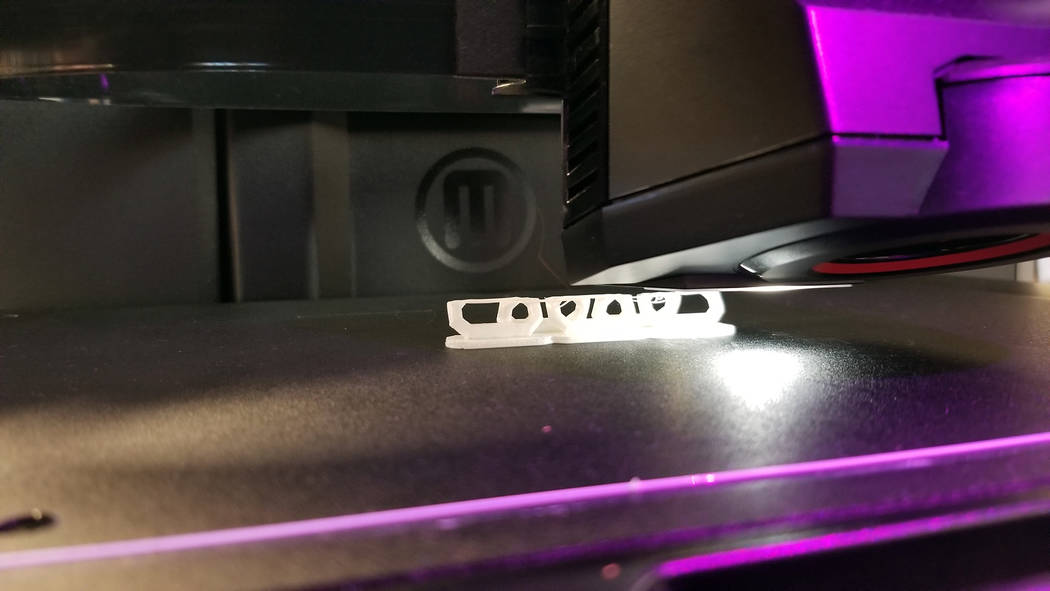 The Boulder City Library is entering a different dimension with its new piece of equipment: a 3D printer.

The printer will be used for introductory classes to three-dimensional printing and software, said library director Kim Diehm. It was purchased by Workforce Connections, the organization behind the One-Stop Career Center.

“As we developed the workshops, 3D printing was at the forefront of that new technology,” he said. “As a natural result of our partnership with the Boulder City Library District, we brought that technology to the library to support STEM career exploration. We want clients who visit the library and the One-Stop Career Center located inside the library to have access to technology that could inspire them to pursue a STEM-based career.”

Diehm said the library, 701 Adams Blvd., has had the printer for almost a year and recently started offering classes on its use.

“Plans include offering classes (for) 3D printer basics, including Thingiverse. Thingiverse is a great place to find already-designed items,” she said. “We’ve made everything from little unicorns to models of the Saturn V rocket. Later in the year we plan to offer classes on how to design your own objects using Tinkercad. Tinkercad is a great tool for those wanting to design their own items. It’s simple and is free.”

Library patrons can design their own objects to print. According to the library’s policy, the objects must be lawful and a proposal form must be submitted. There is a $1 fee per item/file as well as a charge of 5 cents per gram based on the weight of the item and the use of filament. For more details about this service, go to http://bclibrary.org/3dprinting/.

“We know that libraries are the natural avenue for lifelong learning. … Sharing this technology is a win-win for both the library patron and our employment and training client — many times, they are one in the same,” said Pickett.

Pickett said he did not know the price of the printer, but they typically cost hundreds to thousands of dollars.