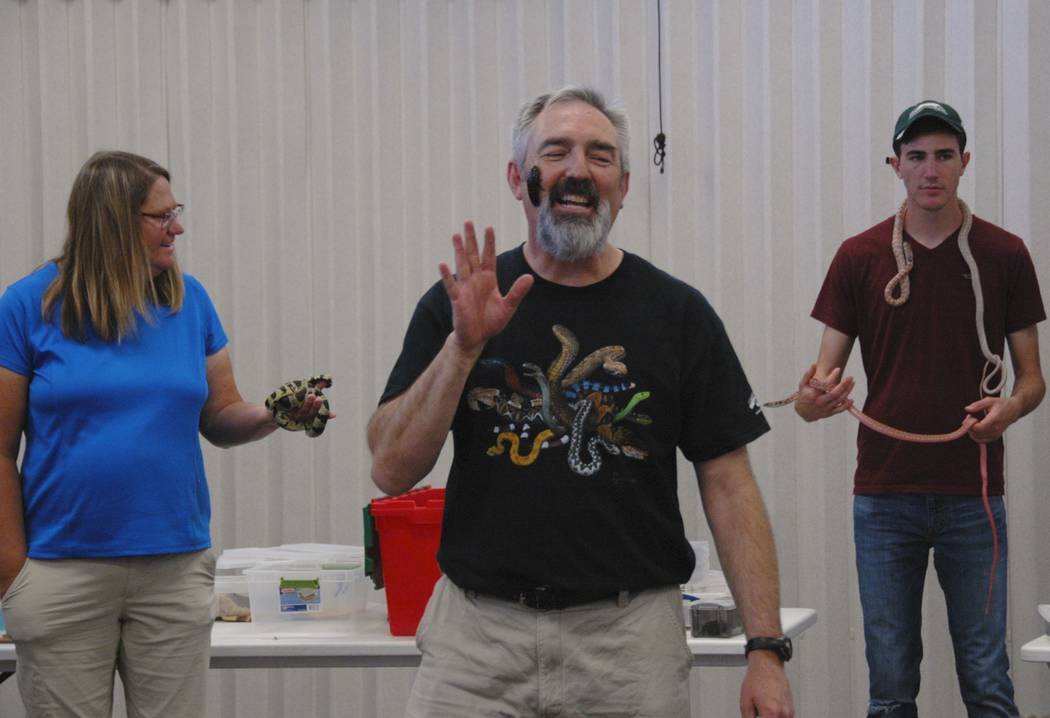 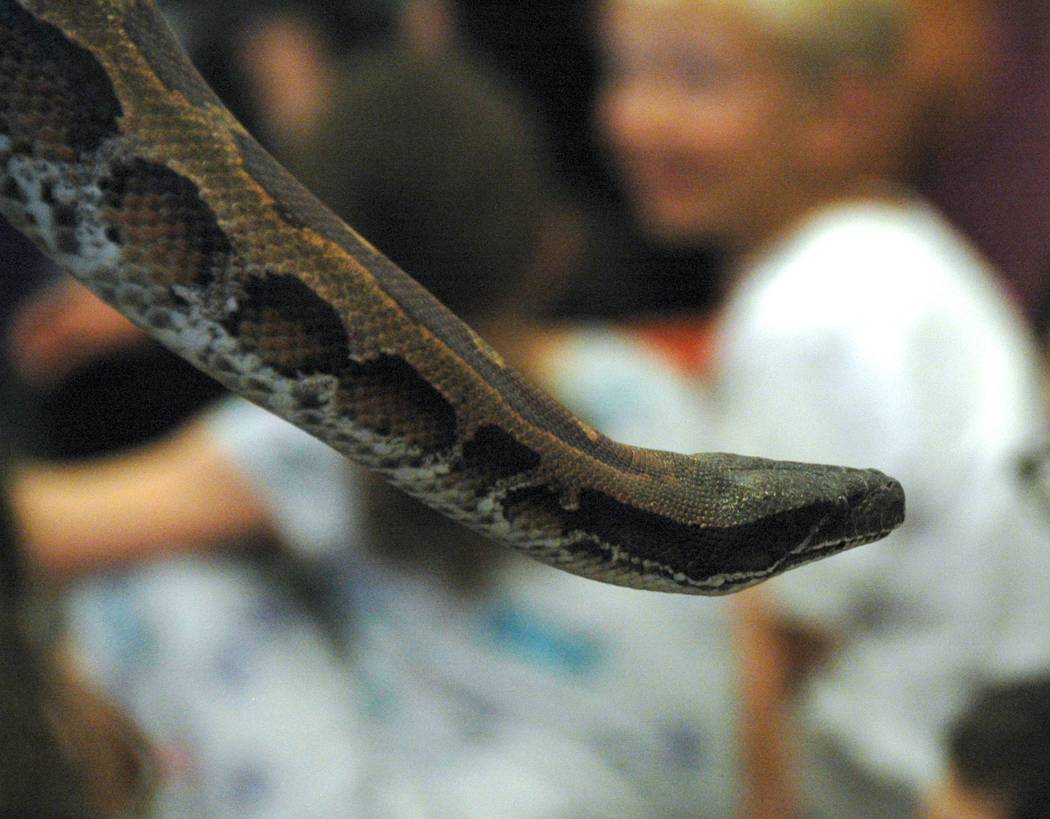 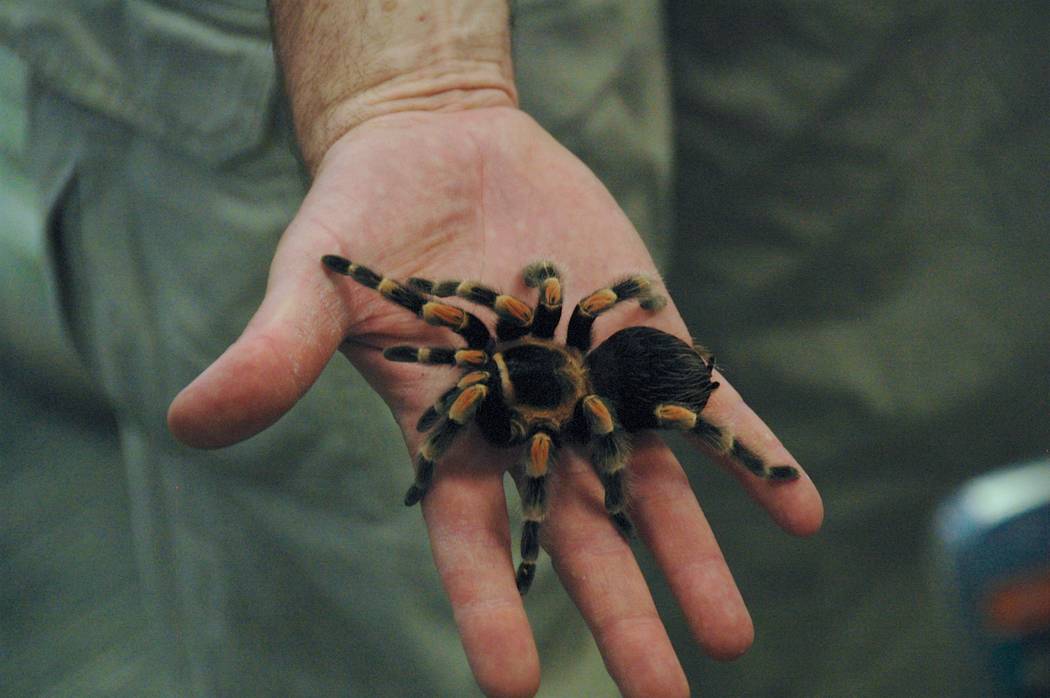 Jayme Sileo/Boulder City Review Chuck Meyer holds a Mexican red-knee tarantula that had many backing up and away from him during a kick off for Boulder City Library's summer reading program Tuesday morning. 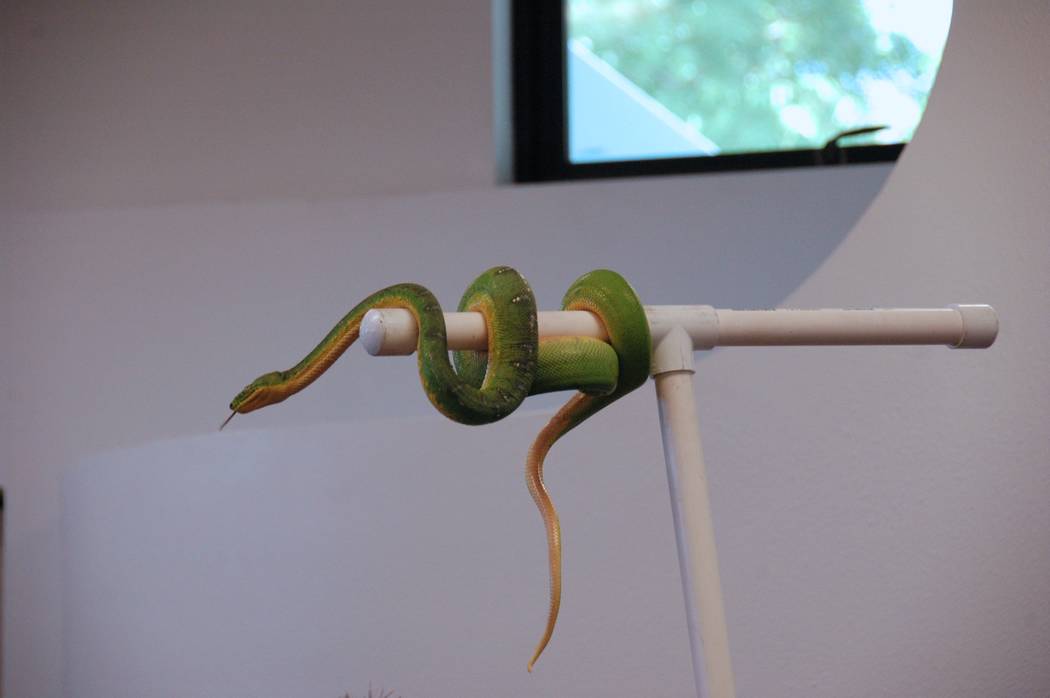 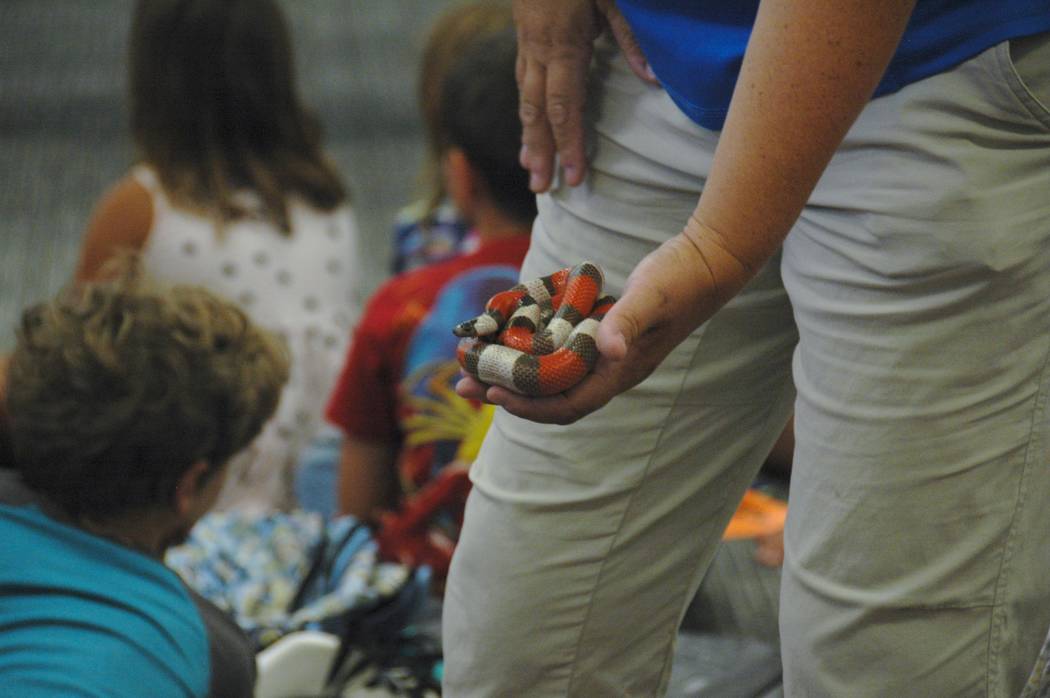 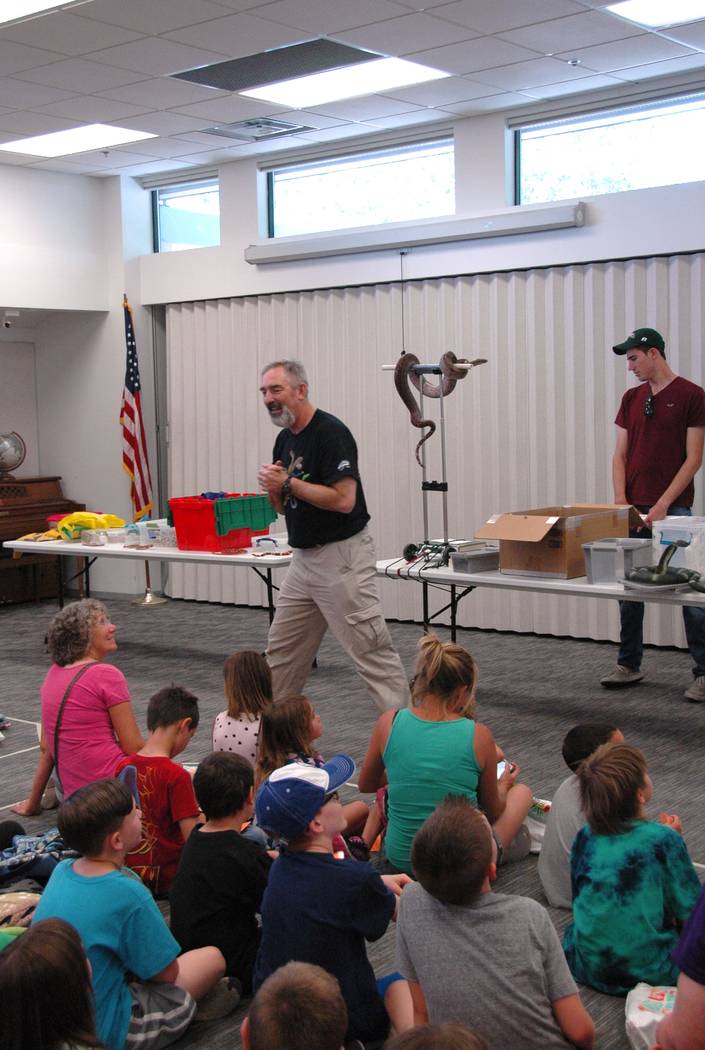 The Boulder City Library began its summer reading program Tuesday with guest Chuck Meyer and his collection of snakes, lizards and other creepy crawlies.

Meyer, a laboratory scientist from the Southern Nevada Water Authority, brought in an assortment of exotic and local animals for more than 60 attendees at the library to gawk at and even pet. The wide array of creatures started with several exotic pythons and then moved from snakes to lizards to spiders, ending with cockroaches.

Borus the blood python was introduced and met with children’s oohs and ahhs. Despite concern from his name, Borus only eats rats, and the name is from the dark reddish brown color of the python’s skin, Meyer explained.

Blood pythons are natives of Sumatra, and males like Borus can reach up to 6 feet in length and over 20 pounds. Borus weighed only 19 pounds, but is still not a snake to mess with. His jaw unhinges to the width of his body to devour his prey whole.

“It would be the same as if one of you guys swallowed the whole turkey on Thanksgiving,” Meyer said, the snake hanging off his shoulders.

Esmeralda the green tree snake, as the name implies, is partial to high places. Meyer kept her perched on a 7-foot stand, until she fell off in the middle of the program.

Taking a break from snakes, Meyer brought out a different reptile. Part of the monitor lizard family, Meyer’s pet is a distant, and much smaller, relative of Komodo dragons. The lizard seemed eager to be out and exploring, and it quickly climbed from Meyer’s hands to his back, where, to the amusement of his audience, the lizard avoided capture for several minutes.

Once one of Meyer’s sons was able to catch the lizard, more snakes were brought out — three native snakes, gopher snakes, yellow snakes with a brown pattern down their backs; a California king snake, named “king” for the fact that it eats other snakes; and red racer snakes, the fastest snakes in North America.

The apprehensive audience treated the new animal with caution, with the exception of one audience member who volunteered to have the tarantula placed on his head.

Meyer ended the program with his self-proclaimed favorite, cockroaches. Hissing cockroaches from Madagascar were taken out of a plastic container before Meyer walked to the audience with them on his hands, even placing one on the side of his face.

After the program, the audience was invited to pet the snakes, take photos and wear the snakes around their necks.

This was the first in several special programs being offered by the library as part of its summer reading program, which continues through Aug. 3. For more information,go to the library at 701 Adams Blvd. or bclibrary.org/2018/04/library-expansion-plans.