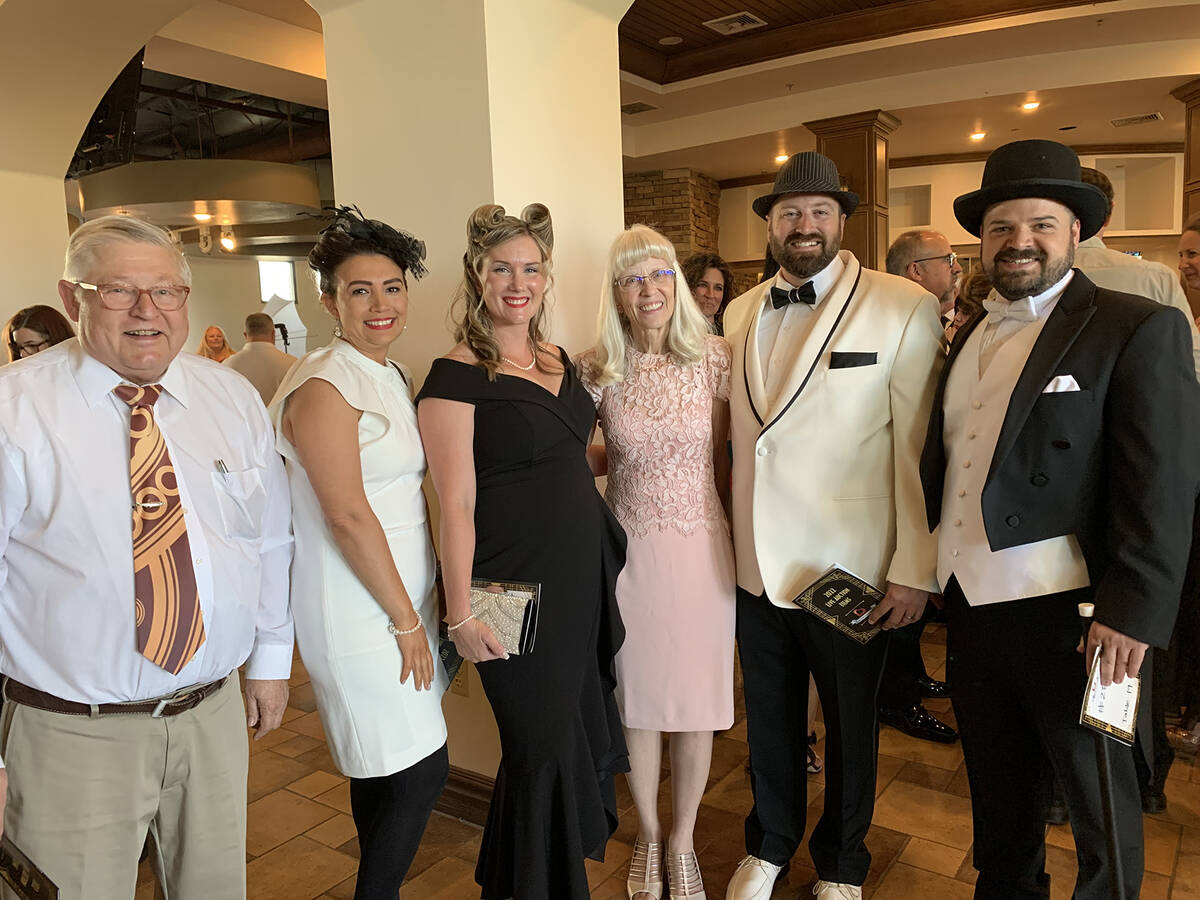 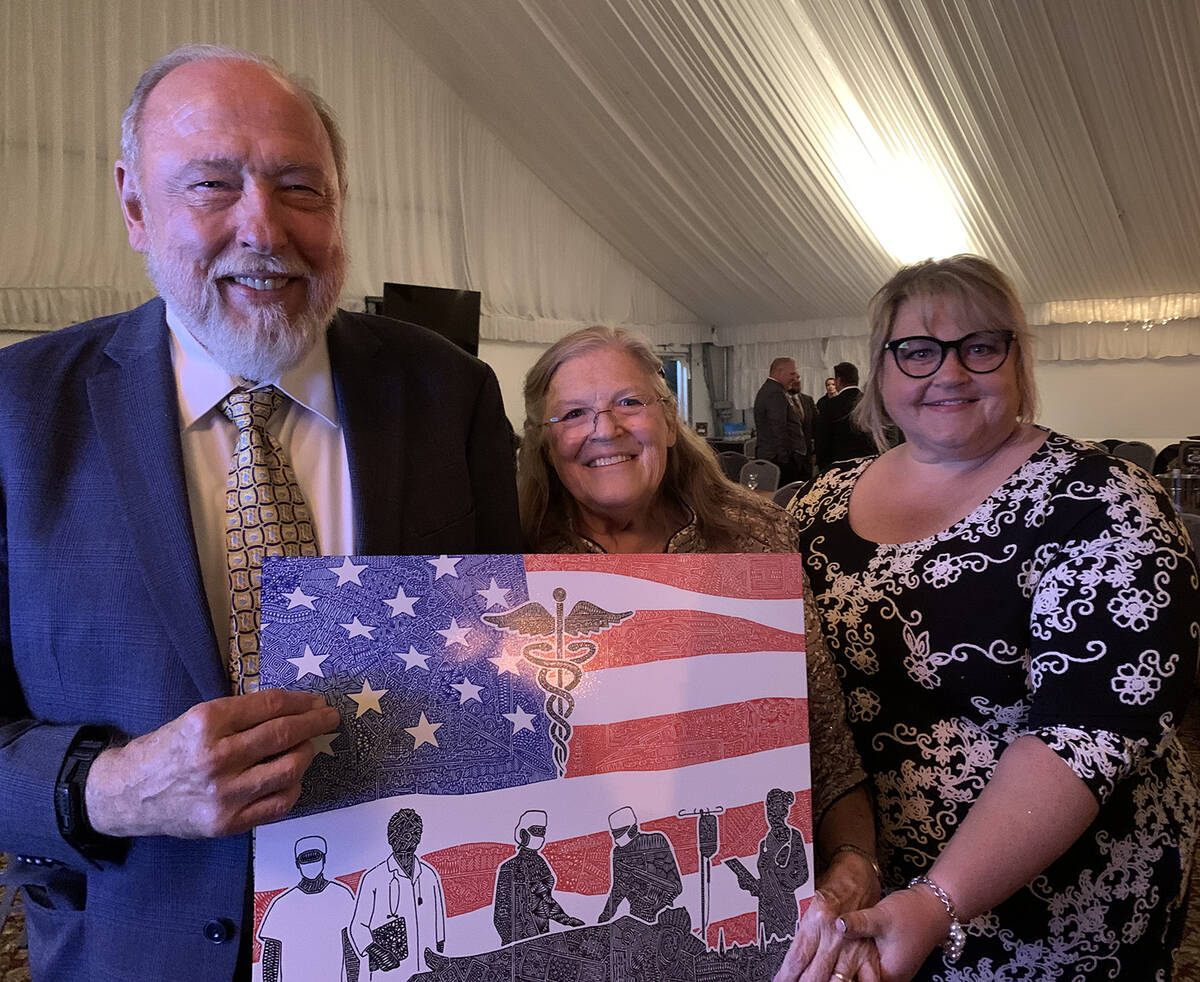 (Hali Bernstein Saylor/Boulder City Review) Dr. Douglas Thompson was joined by his wife, Lynn Thompson, center, and daughter, Peggy Johnson, after he was named Medical Professional of the Year by the Boulder City Hospital Foundation during its Heart of the Community gala Saturday, May 21. During his 35 years at the hospital, Thompson served as director of emergency medicine and chief of staff. 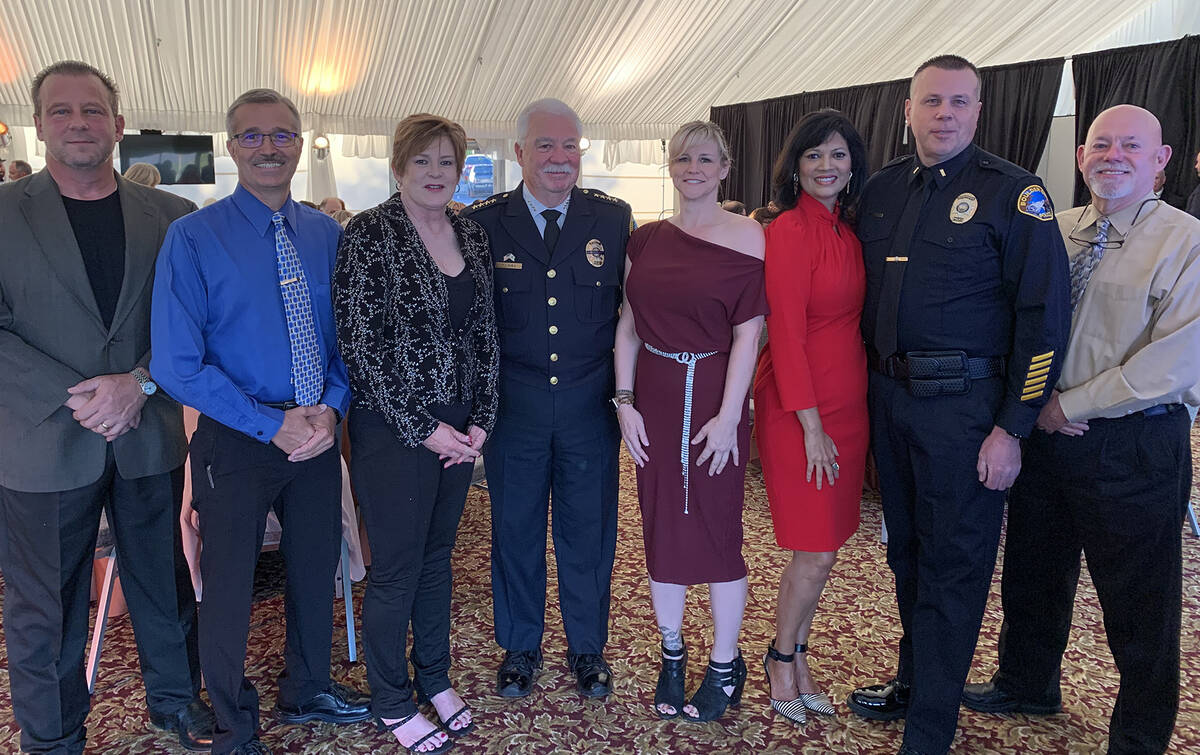 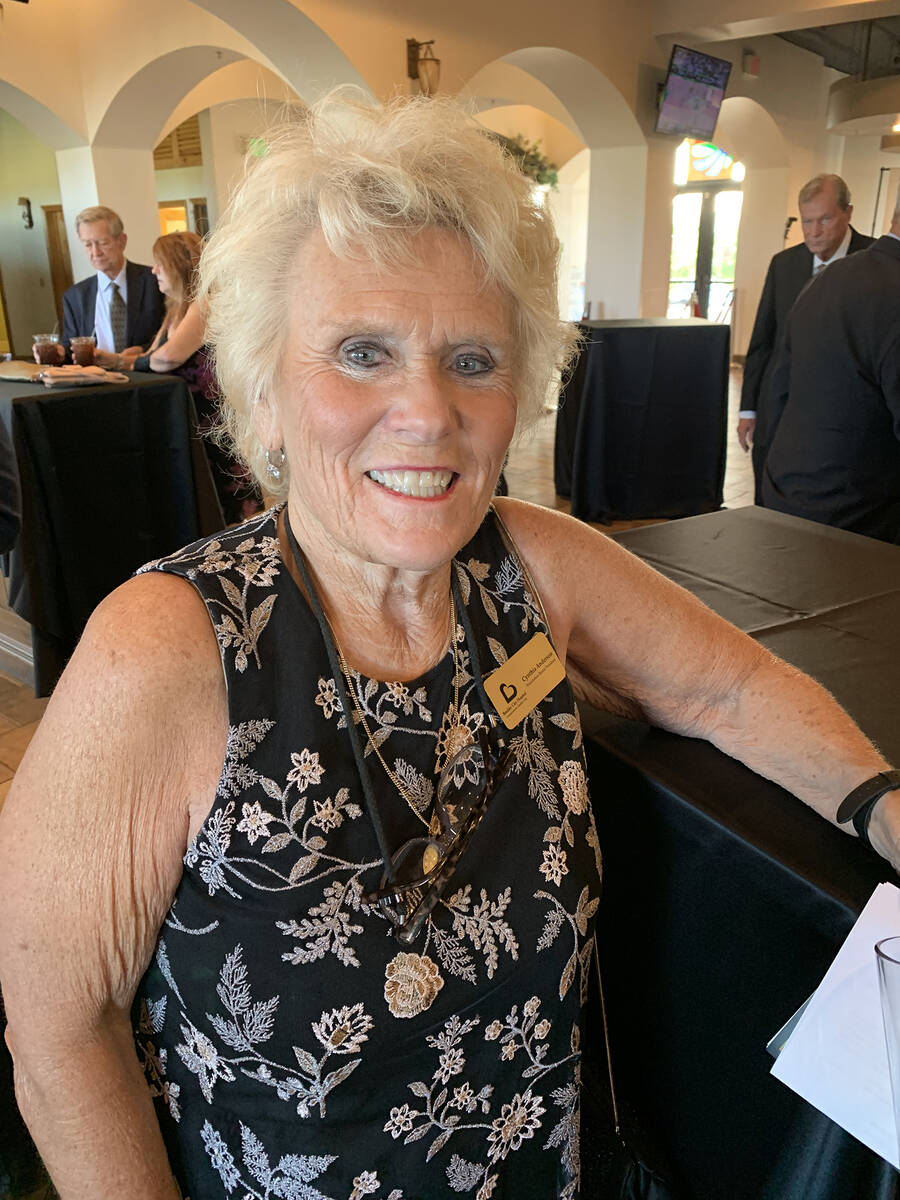 (Hali Bernstein Saylor/Boulder City Review) Cyndy Anderson is president of Boulder City Hospital Foundation’s board of directors. She was on hand at the organization’s Heart of the Community gala on Saturday, May 21, to honor first responders while raising funds.

The recognition came after foundation board members sheepishly admitted that it shouldn’t have taken a pandemic to recognize the contributions they make to the community.

“Shame on us that it took a pandemic to honor these five organizations for all they do,” said Cyndy Anderson, president of the foundation’s board of trustees.

“We appreciate you all, we see you and we thank you,” said Tom Maher, CEO of Boulder City Hospital, who said working through the pandemic to ensure staff and patients’ safety had been “kind of a nightmare.”

During the festivities, recently retired Dr. Douglas Thompson, who served as director of emergency medicine and chief of staff, was named the Medical Professional of the Year.

In addition to honoring the first responders, the gala served as a major fundraiser for the hospital. It featured a silent auction, live auction and cash call to help upgrade the long-term care facility.

Salome Jarvis, activities director of the long-term care facility, said they expect to spend about $200,000 during the next four years to update the residents’ rooms with items ranging from bedding to furniture.

The live auction, which featured 12 items that ranged from a visit with Santa and Mrs. Claus to a fighter jet experience, raised $39,500. The cash call raised $51,000 in direct donations. The amount raised from the silent auction was unavailable.

Bret Runion, president of the hospital’s board of trustees, announced that because of the care received at the facility, the family of a retired cardiologist who died of COVID-19 in December was going to donate a minimum of $150,000.

“I am deeply touched by the generosity tonight and accept on behalf of the staff of Boulder City Hospital,” Maher said.