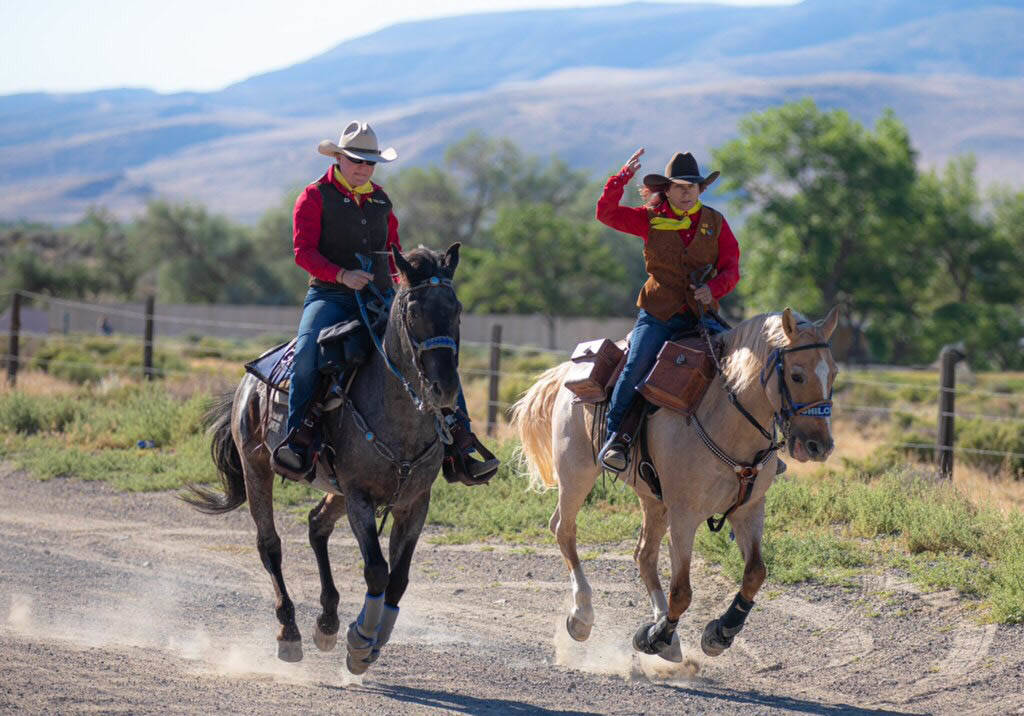 (Julie Sprague) Krissy Bishop, left, and Julie Sprague ride along a 7-mile stretch between Fort Churchill and Carson City in Northern Nevada as part of the 2019 Pony Express Re-ride in June. 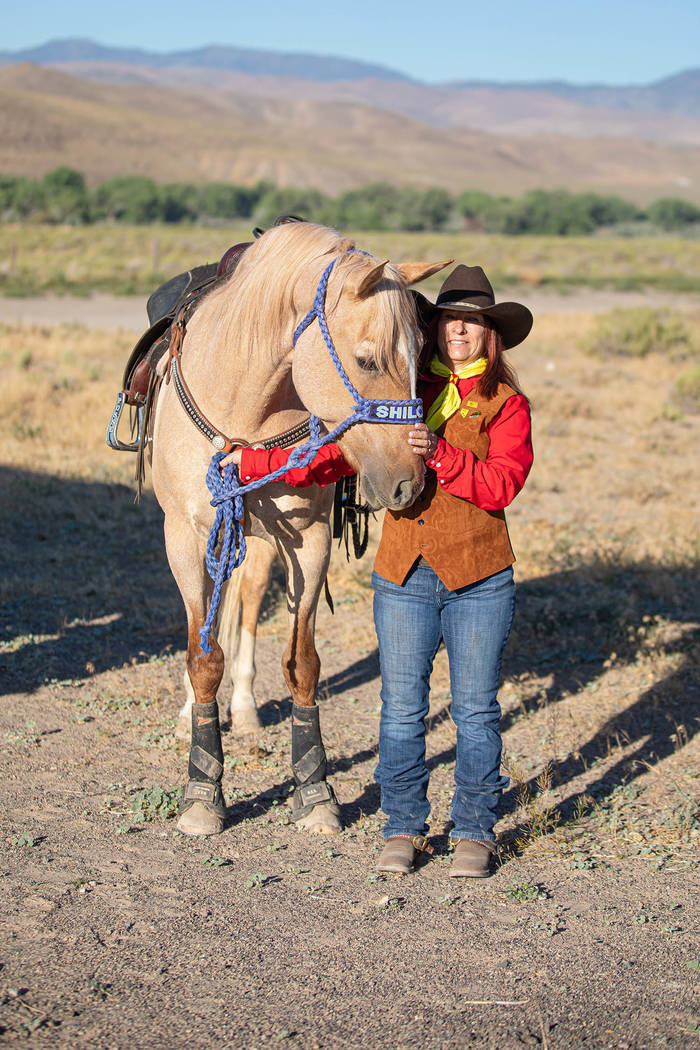 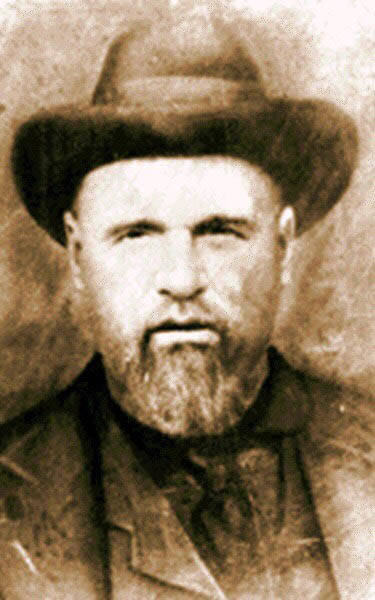 In her long-sleeved red shirt, brown hat and vest, Julie Sprague followed in the footsteps — or more appropriately hoof steps — of her great-great-grandfather, Elijah Nicholas Wilson, participating in the 2019 Pony Express Re-ride.

Sprague and her friend Krissy Bishop, members of the Boulder City Mounted Posse, rode a 7-mile leg June 19 between Fort Churchill and Carson City in Northern Nevada during the annual event that commemorates the rides taken nearly 160 years ago.

They followed the route from Saint Joseph, Missouri, to Sacramento, California, that the original riders traveled, including Wilson, who was one of the 53 original Pony Express riders.

“The fact that we get to keep history alive is pretty special,” Sprague said. “Every time I think about it I get so emotional. I hope I made him proud.”

The National Pony Express Association sponsors the annual ride each June. During a 10-day period, more than 750 riders travel the 1,966-mile original trail through eight states 24 hours a day to deliver about 1,000 letters, which are put in a mochila similar to the ones carried in the 1860s.

According to the association, the Pony Express only operated for 18 months between April 1860 and October 1861 yet it became synonymous with the Old West. It was the main means of communication that tied the East to the West as thousands migrated across the country.

Ten weeks after it began operation, Congress authorized a bill to subsidize construction of a transcontinental telegraph line and when it was completed, the Pony Express was put out to pasture.

Bishop said when Sprague suggested they go on the ride, she was happy to go along for the journey.

Because of their involvement in the posse and how often they ride, Bishop and Sprague said they didn’t need to train or prepare for the ride.

Sprague said they take a lot of long-distance rides and the “horses love to move out.”

It took them less than an hour — at a full run for most of the trip — to travel the 7 miles.

“The horses kinda knew,” Sprague said, adding that they may have felt the excitement when the riders exchanged the mochila.

Sprague rode Shiloh, a half-Tennessee Walker that she just got in October and Bishop rode her Appaloosa blue roan Domino.

Bishop, who has been riding for about 14 years, said she would “absolutely” do it again.

Sprague, who has been riding horses since she was 5, got the idea to participate in the re-ride after a visit to Jackson, Wyoming, about three years ago. She and her mother went to visit the grave of “Uncle Nick,” which is how her mother always referred to Wilson.

When Sprague saw the Pony Express headstone, she said she thought “No wonder I love horses so much.”

She also started researching his life and learned Uncle Nick gained that nickname later in his life as he told stories about his adventures with the Pony Express and when he lived among the Shoshone and was known as Yagaiki, the adopted brother of Chief Washakie. The movie “Wind River” is based on his autobiography, “The White Indian Boy.”