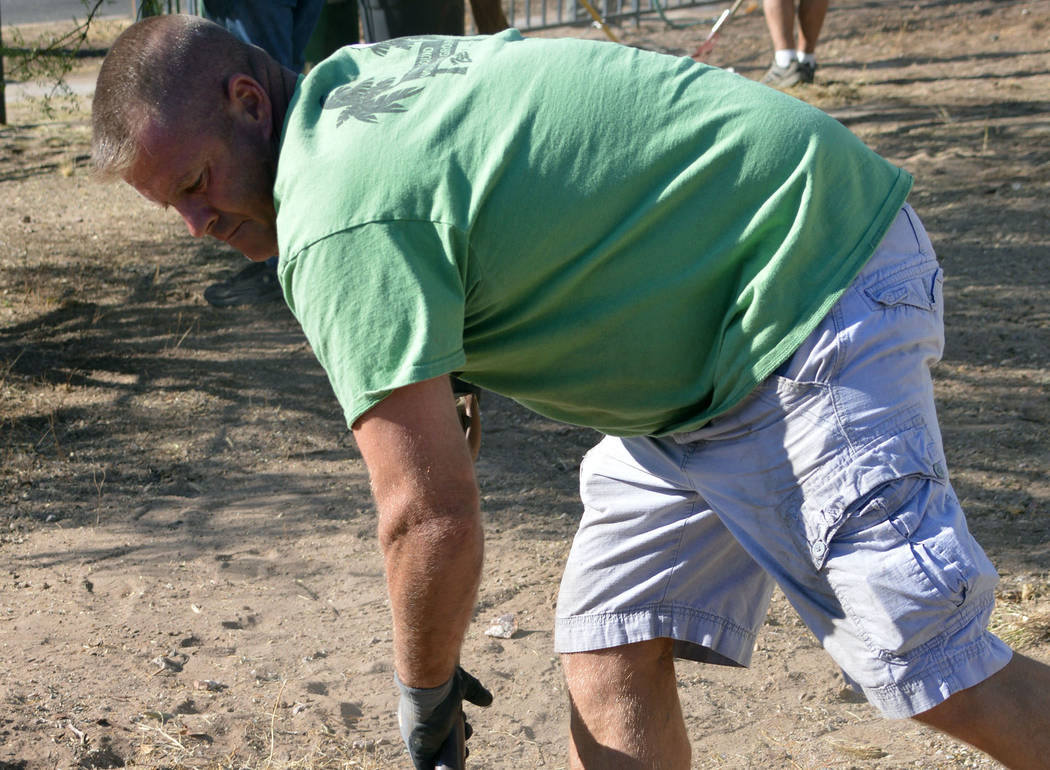 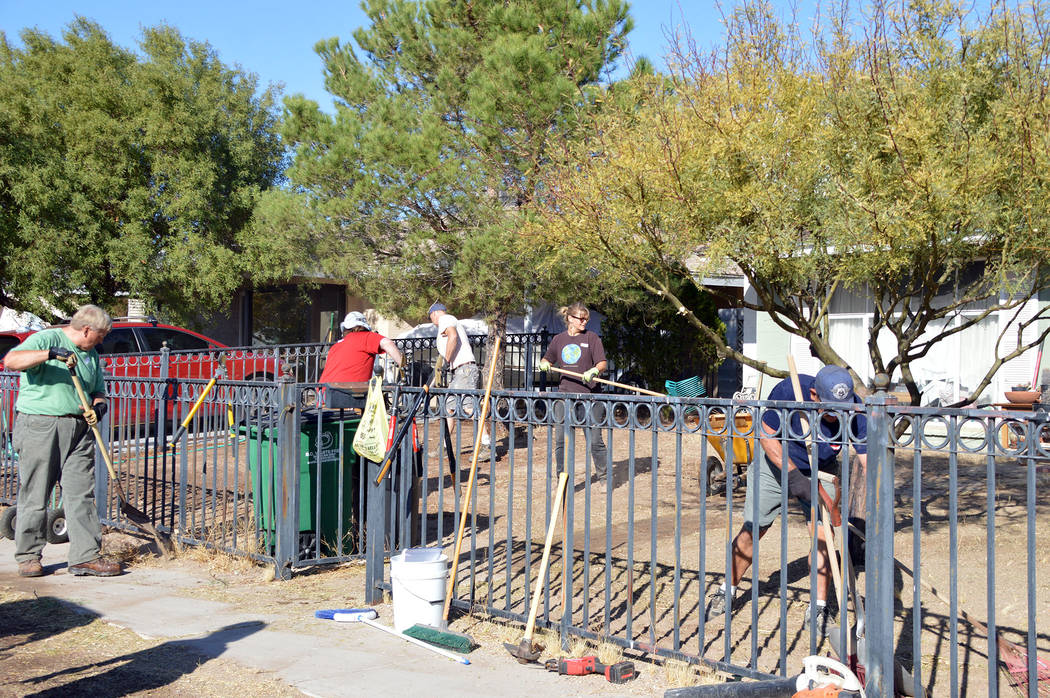 After 28 years of serving the community, Zach Inman of the handyman business Zach of All Trades is scaling back and starting a nonprofit organization to help the community and to keep Boulder City clean and green.

The nonprofit, Clean Green Boulder City Yard Squad Volunteer Group, is to help people in town who are physically or financially unable to do critical repairs or yard work.

“A lot of seniors don’t have money or can’t do it,” he said.

“This is my passion,” he added. “It’s helping people and getting others involved.”

Recently, he held the group’s first work day at 700 Eighth St. where he and almost 20 others removed trash and did yard cleanup for homeowner Sue Knowles.

“It’s heartwarming,” she said. “There is so much love coming from these people. I don’t have words to tell you what it means to me.”

Knowles is originally from Oregon and moved to Boulder City in 1992.

She said she found out about the yard squad after Inman left his card at her house.

“I was about to call him and he came through the gate and said he’d do it (the work) for free,” Knowles said.

Resident Nanci Waters said she has wanted to help people who are in need for a long time, so when she found out about the work day, she was all for it.

“I said, ‘I’m in.’ This is what we want to do. I hope we have more projects and stay involved for a long time.”

Renee Hoegemann said she came because she has wanted to volunteer and pay it forward as well as wanting to help Inman.

Anyone who would like to see if the yard squad can help them, should email Inman at cleangreenbouldercity@gmail.com.

“This community is my family,” he said. “I’ve been in their homes. I know what we need. We need to come together.”

Additionally, his son, Lucas Inman, is coming on board with Zach of All Trades. An apprentice with the carpenter’s union, he said he wants to learn to do those jobs his dad doesn’t want to do anymore, like leaky faucets.

“I’ve kind of been working with dad since I was big enough to hold a shovel,” he said.

Lucas Inman said he plans to use this work to supplement his job as a carpenter as well as prepare himself for when he has his own property.

“At some point, I’m going to build my own house so I want to know how to fix everything,” he said.

The Clean Green Boulder City Yard Squad Volunteer Group is an official nonprofit in Nevada. Zach Inman is currently funding all the expenses but is looking for donations to keep it going.