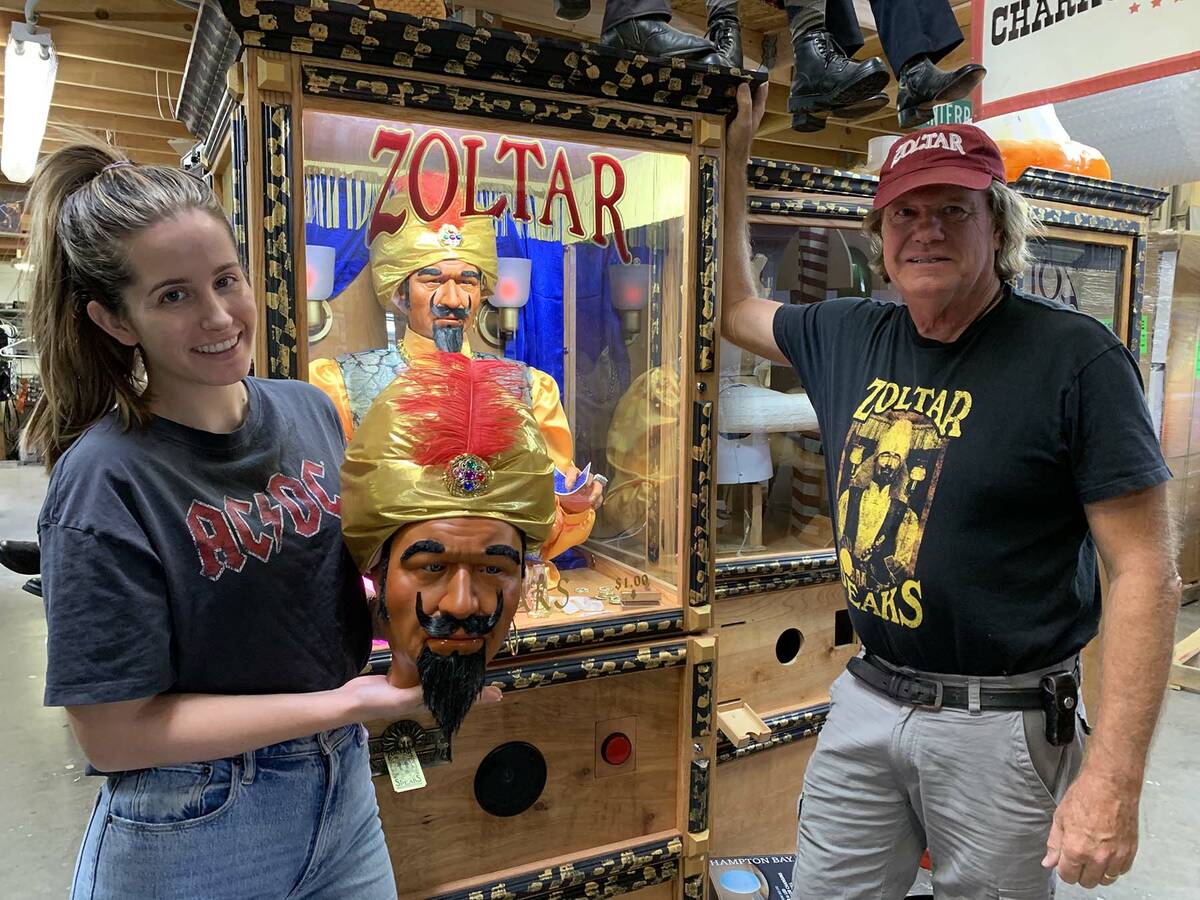 (Hali Bernstein Saylor/Boulder City Review) With a bit of good fortune from Zoltar, Olaf Stanton of Boulder City has built his business, Characters Unlimited, from a small company based in his backyard to one that reaches around the world. His daughter Karina Stanton has helped the Boulder City firm with its licensing and marketing.

The fortune teller in a box, first seen in the 1988 movie “Big,” has brought success and international acclaim to the Boulder City resident, who makes the characters in his workshop off on Foothill Court.

Zoltar and his fellow cast of characters — both in and out of boxes — can be found worldwide as tourist attractions and helping business owners draw in customers.

“Back in 1987 when my wife Krishun and I were fresh out of college making non-animated characters in the backyard of a rented duplex and selling door to door on the road, we never could have imagined where we’d be today,” he wrote in a promotional brochure for the company.

It was a bit of luck and good timing that brought Zoltar to Stanton and his business, Characters Unlimited.

In 2002, Stanton was already having some success with his low-maintenance animatronic figures. He said he came up with the idea of putting Old Pappy, who looks like a miner from the mid-1800s or hillbilly, into a box and have people pay 50 cents to have him tell a story. That progressed into fortune tellers and other themed characters, including Swami, a fortune teller reminiscent of Zoltar from “Big.”

Feeling that Zoltar was a more recognizable name than Swami for his fortune teller, Stanton said he began researching the character’s trademark status.

Four years later, he applied for a trademark for “Zoltar Speaks” and was able to come to an arrangement with Fox, which owned the rights from the film.

Since those early days, Characters Unlimited has continued to grow and adapt to the times.

In late 2021, the company teamed with Jones Soda to release interactive labels on the soda bottles.

Earlier this year, they joined forces with Chronicle for a series of new digital collectibles, or NFTs, at the Life is Beautiful festival in Las Vegas.

The company also has partnered with the Regional Flood Control District on a “Drainger Danger” campaign for the Children’s Discovery Museum in Las Vegas.

Stanton learned how to cast heads and hands in plastic molds from his stepfather, Hank Dominic, when he was in high school in Wisconsin. Targeting tourist attractions, they would put their characters in a van and drive across the country hoping to sell them.

After the family moved to Scottsdale, Arizona, he went back to Wisconsin to finish high school before enrolling at the University of Wisconsin to get his business degree.

Not wanting to work for someone else, he decided to give the character making business a shot, something his brother, Doug Stanton, had been dabbling with.

They worked out of a duplex on Wyoming Court, painting heads in their backyard. He said that when he got bored making heads and hands, he began experimenting and found a way to animate the characters and make them talk.

Like he had earlier with his stepfather’s business, Olaf and Krishun Stanton hit the road in a van to sell the characters, stopping first at the Quartzite flea market. They traveled the country, attending trade shows, trying to convince business owners that the characters would attract customers for them.

After a boat showroom in Wisconsin had success with a sea captain, pirate and skipper touting the vessels being sold, other companies began to see the merit of the talking characters.

In 1991, Olaf Stanton bought his brother’s share of the business and, with a lot of hard work and creativity, it continued to grow and flourish.

While Pappy and Zoltar are staples of the business, they also have a cast of characters that includes aliens and former Presidents Barack Obama and Donald Trump and current President Joe Biden.

The company can customize the fortune-telling machines and/or the fortunes for special events, such as those they created for their daughter Karina Stanton’s engagement party.

With the help of their son, Gunnar, a professional bass angler, they created a fortune-telling machine featuring renowned fisherman Bill Dance, which was placed at a recent fishing tournament. All proceeds from those seeking their fortunes were donated to the Boulder City High School fishing club.

Characters Unlimited also has hired a branding/licensing company and now, in addition to items such as mugs, socks, T-shirts and hats, Zoltar is appearing in television commercials and has become a slot machine theme.

Karina Stanton has been a key player in the expansion of their product licensing and marketing.

Just as Zoltar promises when he speaks, his words of wisdom have become something the Stanton family knows well to heed. 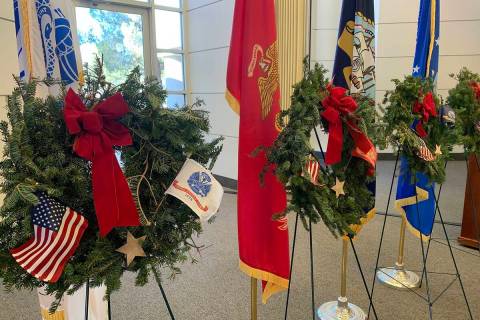