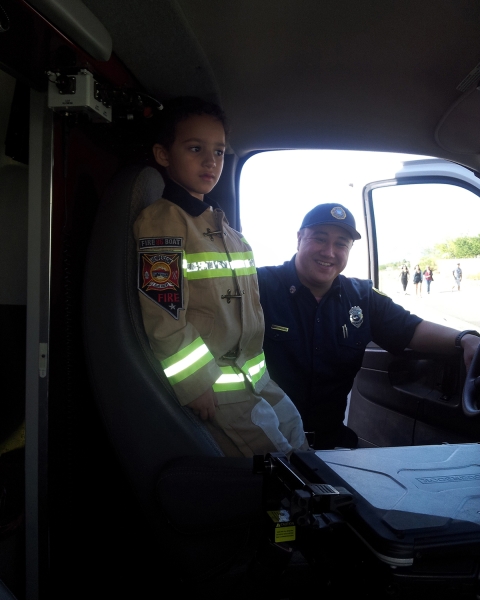 In honor of the National Firefighters Memorial, the Boulder City Fire Department will hold its annual pancake breakfast from 7 to 11 a.m. Saturday.

Since its inception in 1981, the National Fallen Firefighters Foundation pays tribute every year to those who have died in the line of duty by hosting events around the country.

Every October, Boulder City firefighters have hosted the breakfast in coordination with the foundation to raise awareness about those who served or currently serve.

This year’s breakfast will honor the reported 65 firefighters who have died during the past year, which range from volunteer workers to paid firefighters.

The breakfast will be as much of a social event as it is a free meal. The gathering will include a tour of the fire station, a meet-and-greet with the firefighters and an up-close look at the fire trucks.

The breakfast is open and free to the public, although donations to the fire department are accepted. On the menu will be pancakes, sausage links, juice, coffee and water.