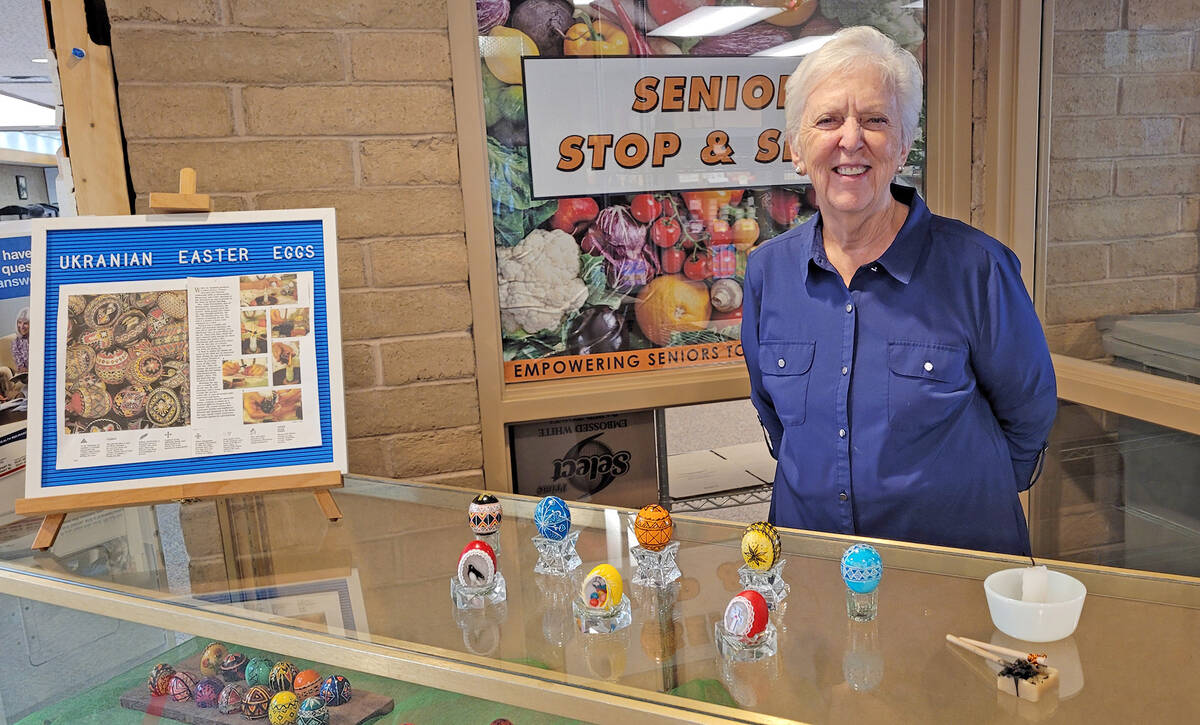 (Celia Shortt Goodyear/Boulder City Review) Karen Mulcahy has created Ukrainian Easter eggs as a hobby for 50 years. Her work is currently displayed in the glass case in the Senior Center of Boulder City, 813 Arizona St. 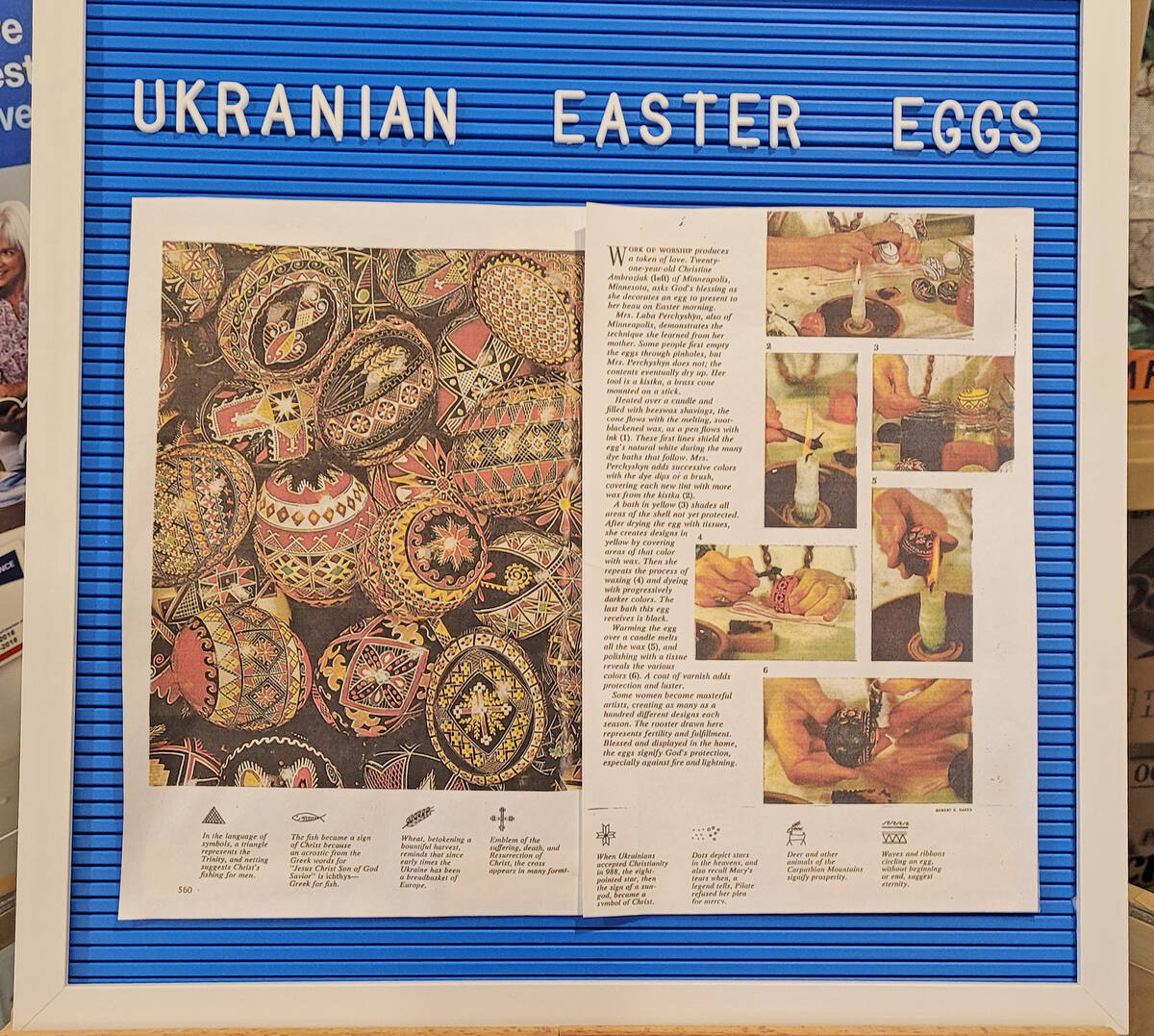 (Celia Shortt Goodyear/Boulder City Review) Ukrainian people decorate eggs with intricate designs during the Easter season. They are given out to friends and loved ones to represent the gift of life.

During the Easter season, Ukrainian people decorate eggs with intricate designs made out of wax. They are given out to friends and loved ones to represent the gift of life.

Mulcahy was given her first one about 50 years ago when she lived in Minnesota and worked as a dental hygienist.

“A patient gave me one. … I was so impressed with it, I put it in my China cabinet,” she said. “My son saw that it was an Easter egg. He picked it up and dropped it.”

Mulcahy said when she told the patient it broke she showed her how to make them.

The designs are put onto eggs with hot wax from a metallic funnel on a drawing tool called a kitska. The kitska draws from a right angle, like a pen or pencil. The designs are made by drawing on the egg with the wax and then dipping the egg in colored dyes.

Mulcahy said a simple egg design will take three to four hours to complete and more decorative ones will take six hours or more to finish.

Five years ago, she moved to Boulder City with her husband and started displaying them in the glass case at the Senior Center of Boulder City.

Victoria Mason, executive director of the senior center, said that displaying things like this is a chance for residents to show off their gifts and talents.

“For some it’s a hobby, for others it’s a part of their story,” she said. “It allows them to give an intimate look at their person. For all of us who see the various displays, it reminds us that there is more to each of us than meets the eye and opens the door to conversation and learning about each other.”