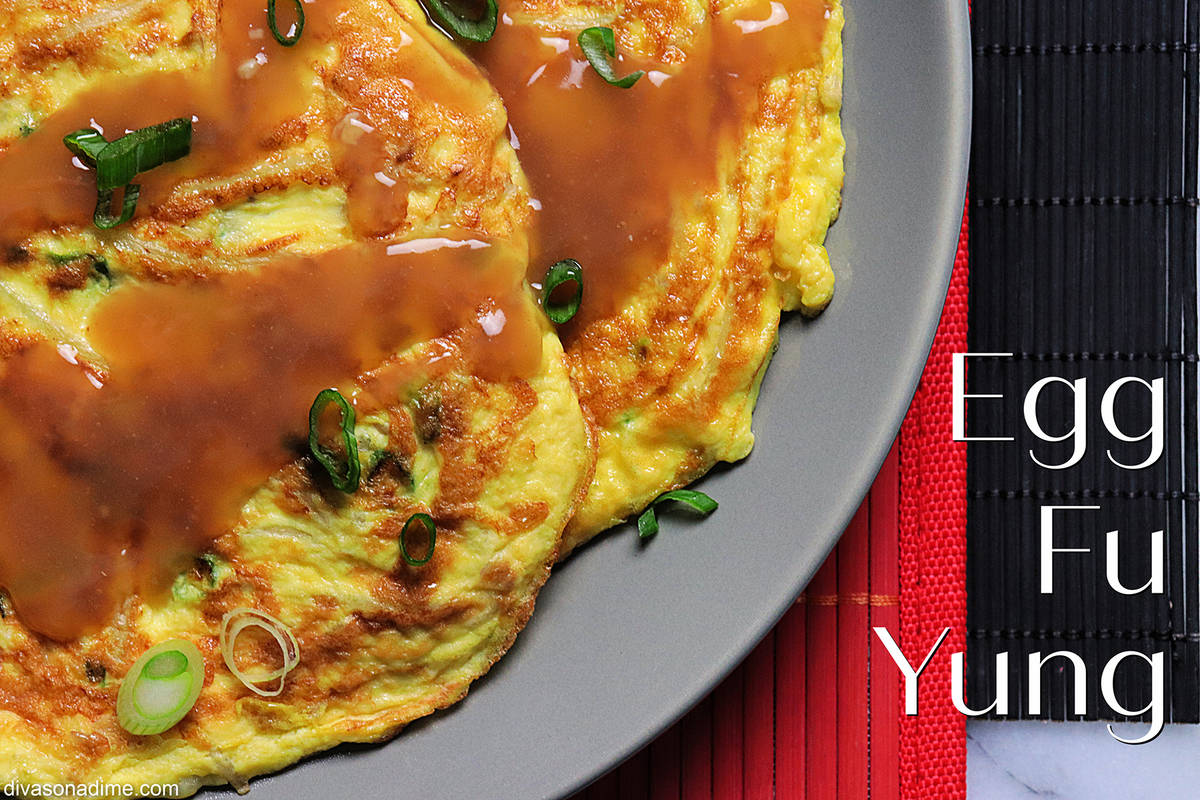 (Patti Diamond) In Chinese culture eggs symbolize birth or a new start, making them ideal to feature in dishes, such as egg fu yung, for the Lunar New Year. Made mostly with common pantry items, it’s easy and inexpensive to prepare.

This year, Chinese New Year began Friday, Feb. 12, and will culminate with the Lantern Festival on Feb. 26. The celebration focuses on three overarching themes: fortune, happiness and health.

Each year is associated with one of 12 animals in the Chinese zodiac, and 2021 ends of the Year of the Rat and welcomes the year of Year of the Ox.

You know me, if festivities are happening, I’m on board! In the Chinese culture, eggs symbolize birth or a new start, so this week I’m sharing a scrumptious way to acknowledge the new year by making the Chinese American classic egg fu yung. This is a Chinese restaurant favorite, similar to an omelet filled with crisp vegetables served with a sweet and savory sauce.

The only thing you’re not likely to have on hand in your pantry would be mung bean sprouts. They’re usually less than $2, commonly found packaged in the produce department near the tofu or canned in the ethnic food aisle of your grocery store. Bean sprouts make this dish fresh and crispy but if you absolutely can’t find them, try using some thinly sliced celery, bok choy or napa cabbage instead. They have the same crunch and a similar taste.

This inexpensive recipe is meatless, making it a great addition to your Meatless Monday rotation. However, you could also add cooked chicken, shrimp, pork, beef or tofu. Other optional ingredients you could add would be sauteed mushrooms, peas, julienned carrot, thinly sliced cabbage and/or cilantro.

While not traditionally Chinese, it’s fun to have this easy and versatile recipe to help celebrate the “other” new year. Happy cooking and Xin nián kuài lè! Happy new year!

This makes six to eight egg fu yung and is a satisfying dinner served with ramen noodles or rice and stir fry vegetables on the side. The recipe yields enough sauce to serve over rice and veggies, too.

In a small saucepan combine 1 cup of the chicken broth with the soy sauce, vinegar, sugar, ginger and garlic, and bring this mixture to a boil. Take the remaining cold chicken broth and mix it with the cornstarch until completely blended, no lumps. Slowly, add this to the boiling liquid while whisking to combine. Bring to a boil, stirring until thickened.

Hold this on very low heat, stirring occasionally, until ready to serve.

For the egg fu yung:

Preheat the oven to 180 F. Combine the well-beaten eggs with salt, pepper, garlic powder and sesame oil. Add the bean sprouts, the green onion and stir to incorporate. In a preheated 8-inch skillet, heat about a teaspoon of oil adding additional oil as needed. Using a ½ cup measure for each, place a scoop of the mixture in the hot pan and fry as you would a pancake, turning once, until cooked through and golden brown.

Stir the egg mixture each time you scoop to be sure each one gets an equal share of the bean sprouts and green onion. If you don’t, the last few will be just egg and that’s sad.

Lifestyle expert Patti Diamond is a recipe developer and food writer of the website “Divas On A Dime – Where Frugal, Meets Fabulous!” Visit Patti at www.divasonadime.com and join the conversation on Facebook at DivasOnADimeDotCom.