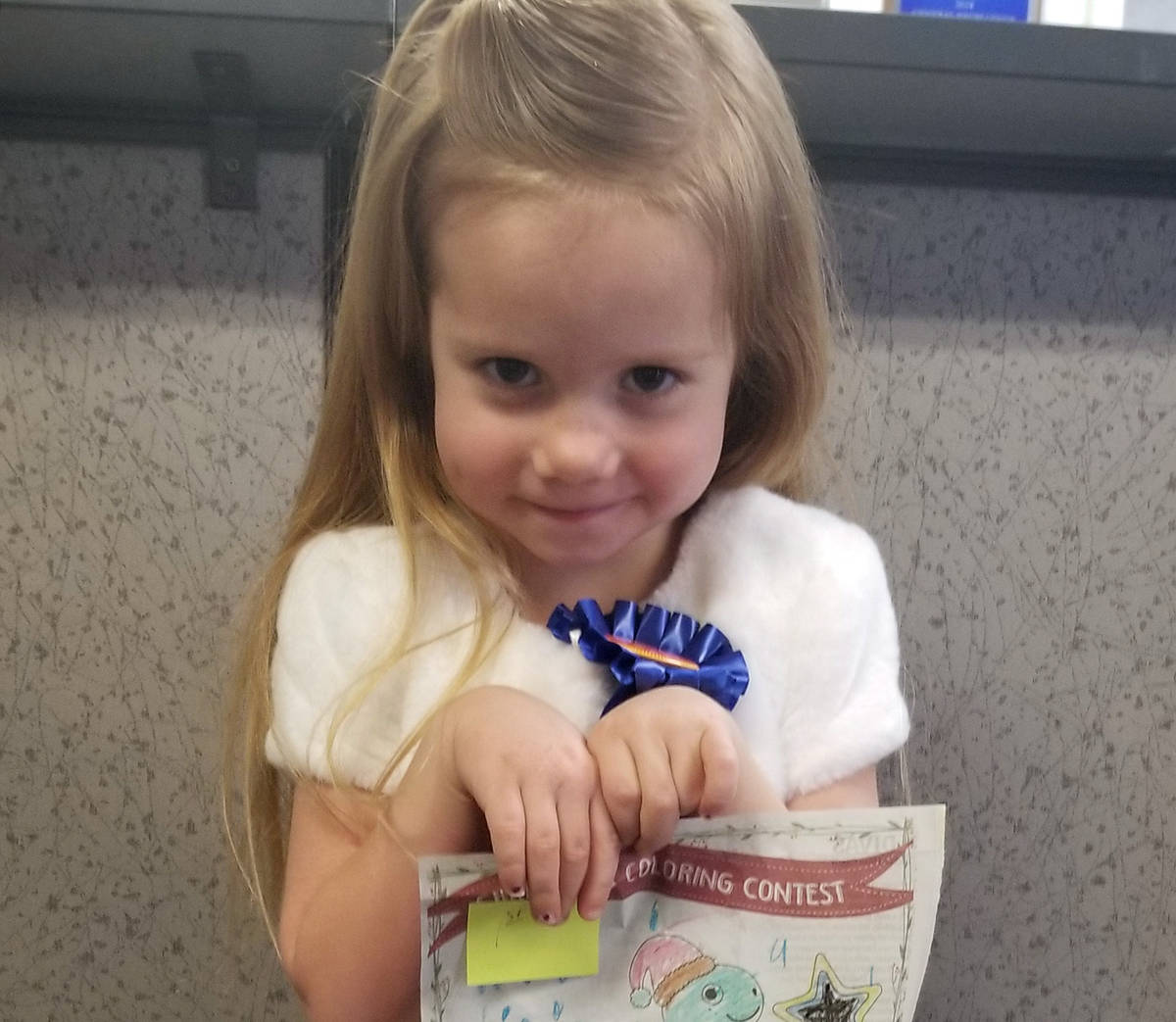 Celia Shortt Goodyear/Boulder City Review Saylor Wilkinson, 4, earned first place in her age division in the 2020 Boulder City Review Christmas Coloring Contest for her interpretation of a dinosaur who stepped in mud while it was snowing. 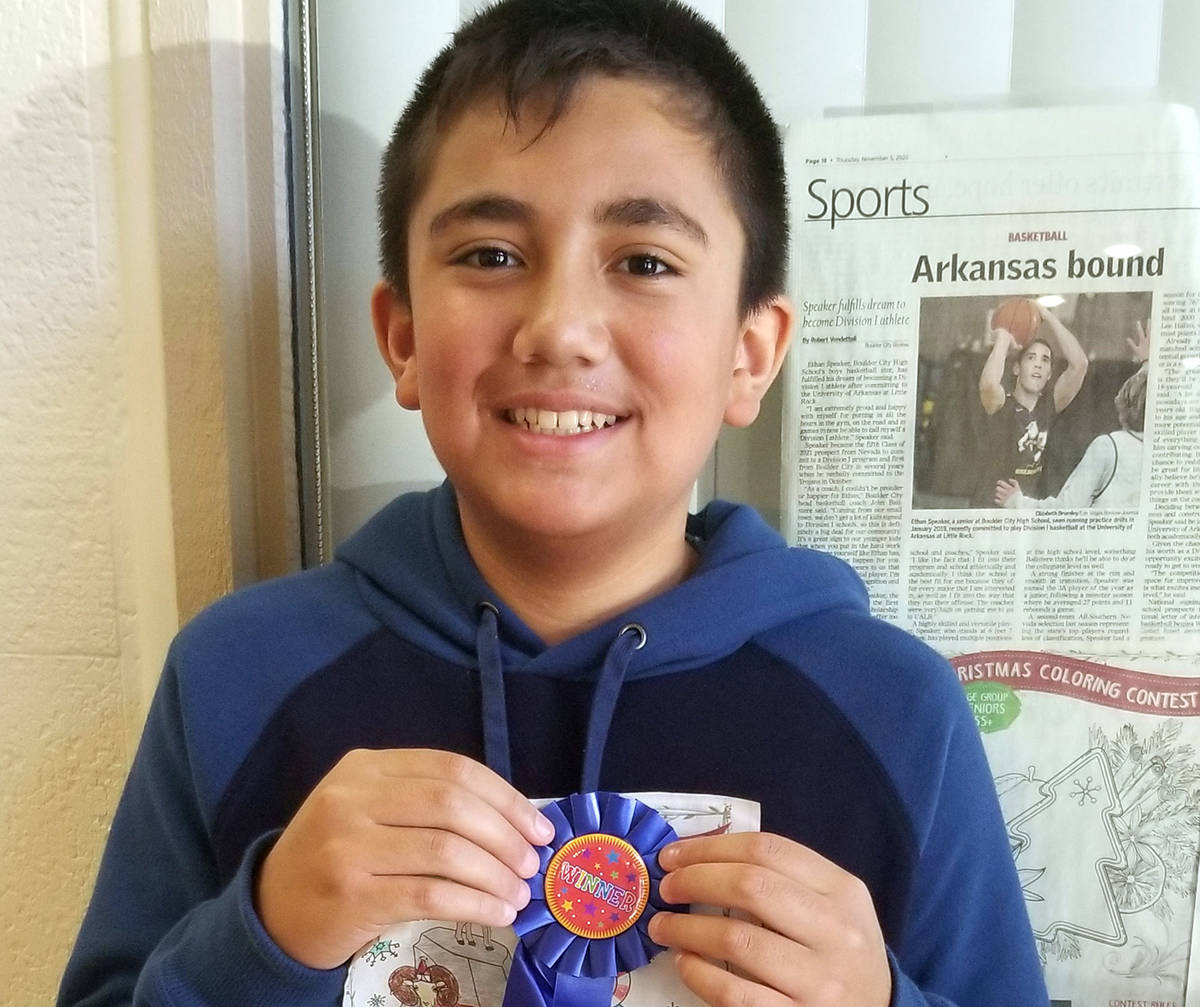 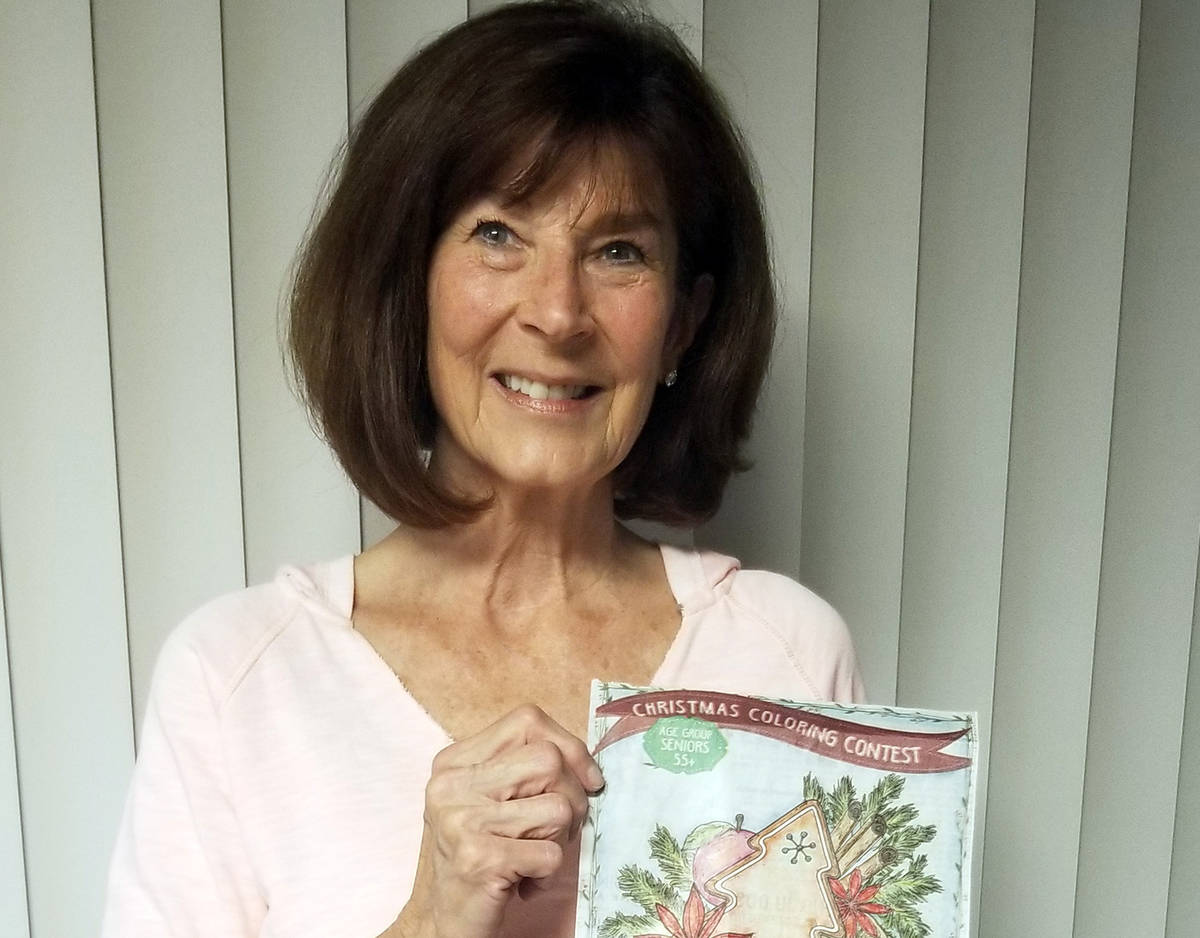 In light of state restrictions and out of an abundance of caution, the BCR canceled its annual Christmas Cookie and Candy Contest and held a Christmas coloring contest instead.

Saylor Wilkinson, 4, earned first place for how she colored the picture of a dinosaur. She said her favorite color is blue, so she drew blue snow around the dinosaur. She also colored one of its legs gray because she said it stepped in some mud.

Wilkinson’s mom, Chelsea West, said she did not help her with the coloring and it was “100 percent” her daughter’s original design.

He said it was a “spur of the moment” decision to enter.

His design included one sheep dressed like Santa Claus and another with peppermint horns.

“In art in sixth grade, they taught us to do dark to light,” he said. “I thought of Rudolph and Santa.”

Mojado, 12, is a seventh grader at Garrett Junior High School. He said his favorite subject in school is reading.

“I wasn’t going to do this, but with everything going on … I thought, why not?” she said.

Garris said she learned how to color from nuns when she was in Catholic grade school, and used those techniques for her winning picture in this contest. She also said she hadn’t colored anything since she was a child.

“This is completely ironic because I haven’t picked up a crayon in … years,” she said about her win.

Garris said she chose to keep the colors of her design traditional and said the time she spent coloring helped her deal with the sixth anniversary of her husband’s death, a recent surgery and the pandemic.

“It was a great stress relief from all that,” she said.

Each first-place winner was awarded a $25 gift card and a blue ribbon. The second-place winners were awarded red ribbons.

All of the entries will be displayed at the Boulder City Review, 508 Nevada Way, Suite 1.